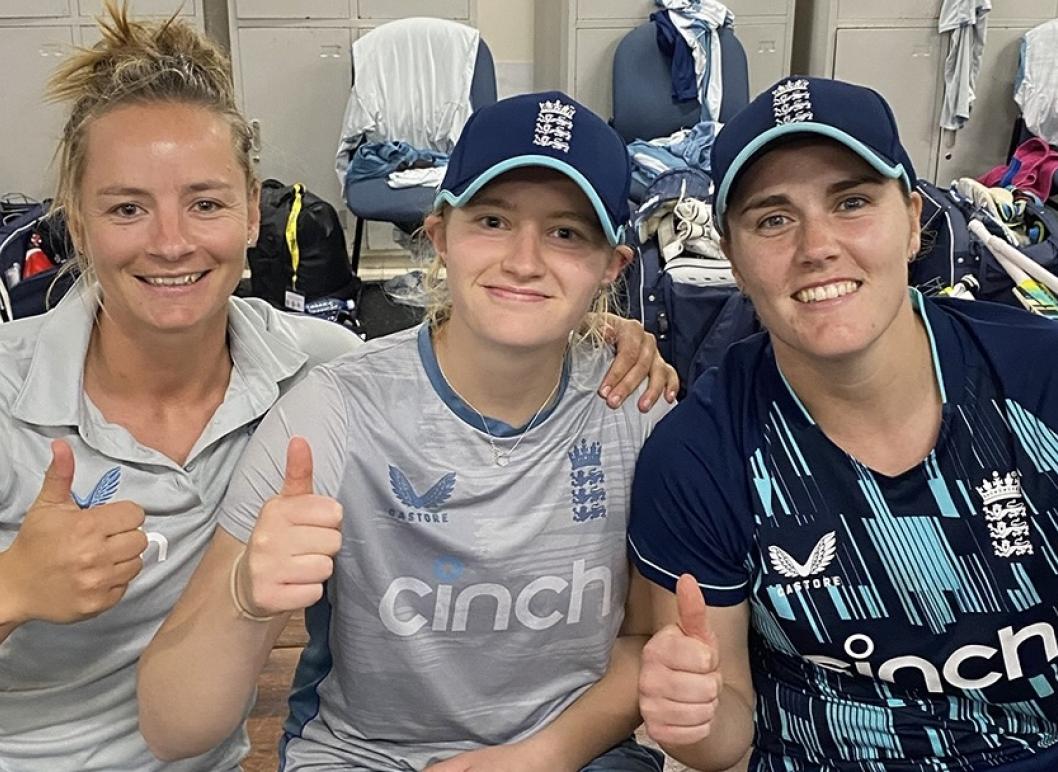 At the Sir Vivian Richards Cricket Stadium, England defeated West Indies by 142 runs thanks to half-centuries from Nat Sciver and Danni Wyatt and a four-for from off-spinner Charlie Dean.

Nat's 90 and Danni's 68 helped England reach 307/7 in their 50 overs after being forced to bat first. The West Indies were skittishly dismissed for just 165 in 40.3 overs as a response, giving England a 1-0 series lead. Charlie created a web around the West Indies batters, picking four wickets and being the main contributor.

After Alice Capsey was caught behind by Cherry Ann Fraser for 17 and Sophia Dunkley was easily defeated by Chinelle Henry, England's performance slowed down. With partnerships of 42 with Tammy Beaumont (33), 46 with usual skipper Heather Knight (16), and a crucial 103 runs off just 95 balls with Danni, Nat, who was back in the team after skipping the series against India to focus on her mental health, kept the England innings on pace.

England's performance slowed down as Sophia Dunkley was comfortably defeated by Chinelle Henry and Alice Capsey was caught behind by Cherry Ann Fraser for 17 points. Nat, who was back in the lineup after skipping the series against India to concentrate on her mental health, kept the England innings moving along with partnerships of 42 with Tammy Beaumont (33), 46 with regular skipper Heather Knight (16), and a critical 103 runs off just 95 balls with Danni.

When Aaliyah Alleyne was cheaply eliminated by Kate Cross in the third over, England made a solid start in defending a massive score, and captain Hayley Matthews injuredly departed on 21. A 63-run partnership between Rashada Williams (34) and Kycia Knight (39) kept the hosts in the game till the latter was run out by Nat in the 20th over.

Charlie dismissed Shemaine Campbelle for a duck in the following over, and Heather got rid of Kycia to put West Indies in trouble. Hayley came back to score 34, but West Indies lost after she was caught lbw by seamer Lauren Bell.

Charlie immediately put an end to their innings by getting rid of Afy, Chedean Nation, and Sheneta Grimmond. Sophia then got rid of Shakera Selman, giving England a lopsided victory with only three West Indies batters reaching the 30-run mark.

"We didn't perform as we would have liked in both the batting and bowling departments on a decent day, which allowed England to profit from it. Going back to the drawing board will allow us to determine how we can play the next game better."

"Our power play was decent, but we allowed a few too many runs to score in the middle innings. It was encouraging to see Kycia and Rashada working together, and I want to see more of it in the future "Hayley spoke to CWI Media after the match.