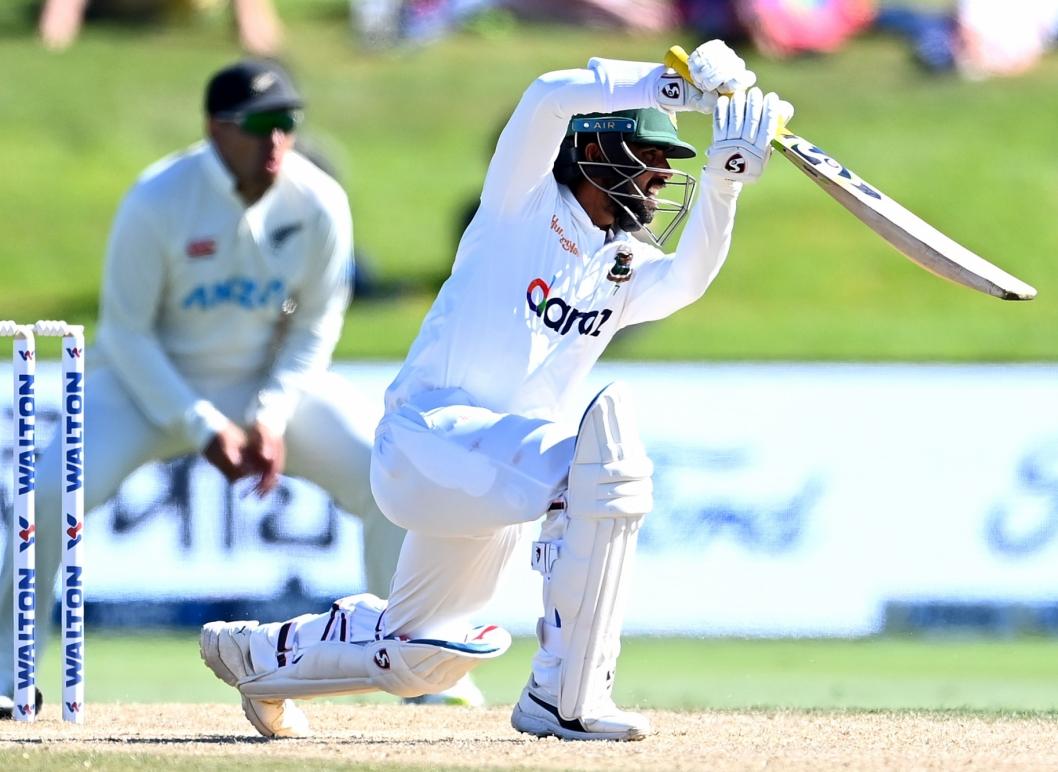 Ebadot Hossain took four wickets on the fourth evening to take Bangladesh to the verge of a historic win against New Zealand at Bay Oval, Mount Maunganui. The hosts finished the day on 147/5 after bowling out Bangladesh for 458.

Shoriful Islam and Taskin Ahmed were probing in their opening spells, not allowing the New Zealand openers to open their arms. Shoriful nearly had Tom Latham in his first over, as the latter's edge flew just beside the second slip. Latham eventually played one on to the stumps off Taskin for 14.

Ebadot and Mehidy Hasan Miraz then piled up the pressure, and the former provided Bangladesh with a second breakthrough, having getting Devon Conway caught by Shadman Islam.

Ross Taylor, dropped early by Shadman Islam, then added 73 for the third wicket with Will Young. New Zealand looked in control at this time, but this was when Ebadot ran through. He bowled Young and Henry Nicholls in the space of three balls, and had Tom Blundell leg-before in his next over. From 136/2, New Zealand slipped to 136/5.

Earlier in the day, Miraz – after surviving two leg-before decisions through DRS and copping a blow in the elbow – and Yasir Ali extended Bangladesh's lead to 130. The pair added 75 before Miraz fell to Tim Southee. He hit eight fours in his 44, while Yasir made 24. Southee, who remained wicketless on Day 3, soon had his second wicket, pinning Shoriful Islam leg-before.

Trent Boult (4-85) was the pick of the New Zealand bowlers, while Neil Wagner took three wickets.