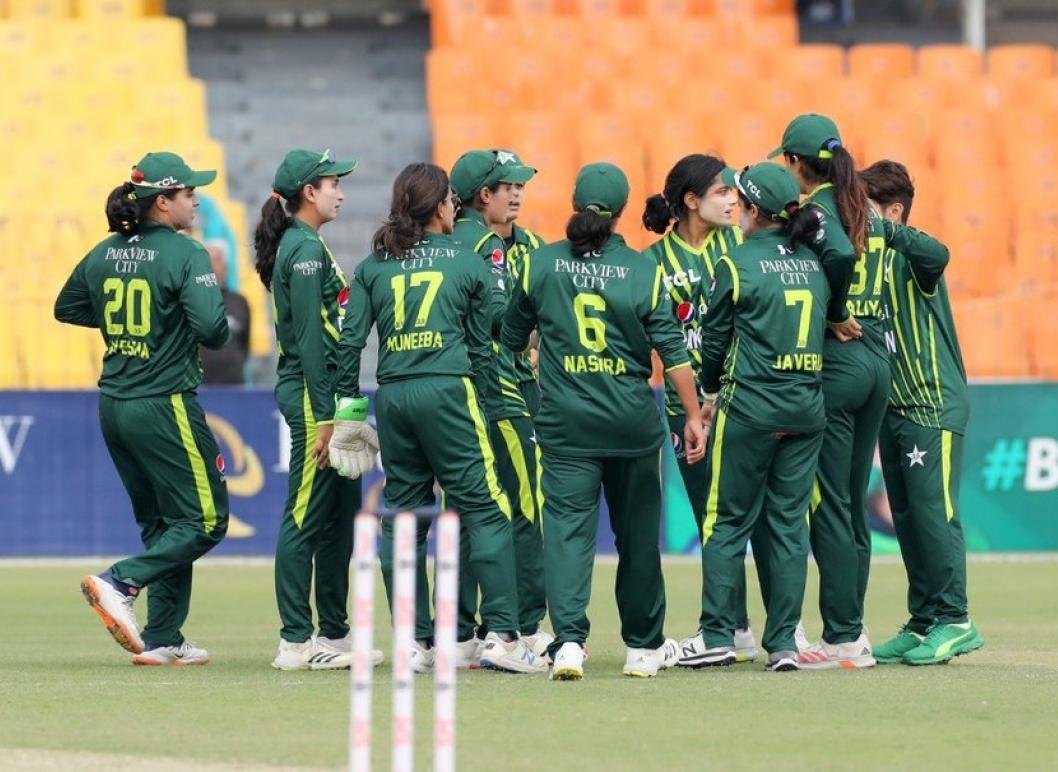 With the three-match series currently tied at 1-1 after the victory, the outcome of the series championship game on Wednesday will determine how things shake out.

The opening pair of Javeria Khan and Muneeba Ali gave the rain-delayed game, which required 17 overs to complete, a 26-run start off of 19 balls before Muneeba was dismissed by Arlene Kelly for 10 balls. With 29 runs already scored, Captain Bismah (2 off 5 balls) was the next to bat.

Nida joined Javeria, and the two most seasoned hitters combined for a third-wicket total of 46 runs. According to a report on the PCB's official website, Javeria (35, 39b, 3x4) and Nida (28, 25b, 1x4, 1x6) both ran themselves out, leaving Pakistan four runs behind with 97 runs scored.

In her undefeated innings of 25 from 12 balls, the right-handed Ayesha blasted two sixes and one four, while Aliya Riaz hit two boundaries and finished unbeaten on 11 off 7 balls. The home team was able to reach their goal with one over remaining thanks to both batters.

Prior to choosing to bat first, Pakistan's bowlers restrained Ireland's hitters, allowing the visitors to score 118 for seven in their allotted 17 overs.

Opening batter Amy Hunter top-scored for Ireland with a 39-ball 36, which included three fours. Orla Prendergast, who was declared Player of the Match in the previous game managed to score 20 0ff 17 balls, hitting three fours.