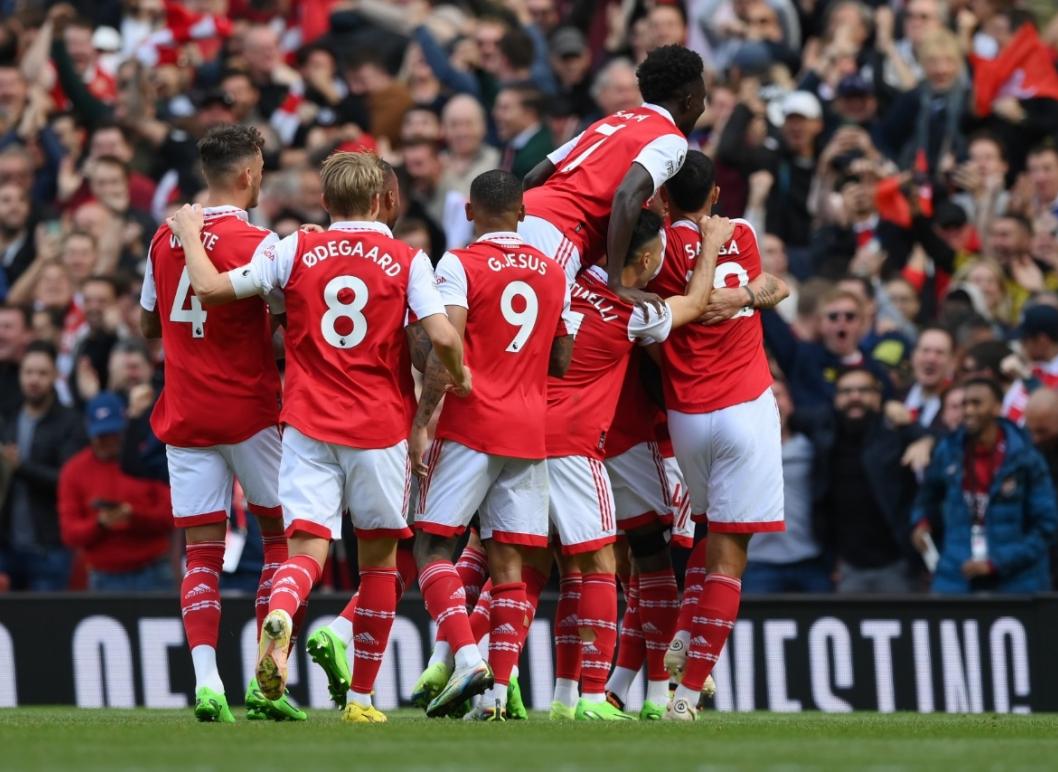 There is a compelling case to be made that practically every Arsenal starter has a reliable, if not exceptional, backup either on the bench or in the starting lineup.

In the event that Oleksandr Zinchenko is ever absent, the always dependable Kieran Tierney can provide a more immediate substitute.

Eddie Nketiah, who demonstrated his prowess as a dependable goal scorer at the close of last season, may replace Gabriel Jesus and flourish in the spotlight.

The same cannot be true, though, if Thomas Partey suffers an extended injury or ban.

When given a chance to start, Mohamed Elneny keeps things moving, but he isn't of the same calibre as the Ghanaian midfielder, who essentially checks every single box required of a number six.

The best illustration of Arsenal without Partey is at the tail end of the previous campaign, when the North Londoners inexplicably failed to earn Champions League qualification at the very last minute.

Since Mikel Arteta and company gave Elneny a one-year contract in the summer and Xhaka is unquestionably clumsy as the holding midfielder, the team does not have a backup who can go in for Partey when he is out injured.

The 29-year-old simply continues to be an indispensable member of the team given how much he contributes to this Arsenal team and his profile.

The former lynchpin of Atletico Madrid is a rare breed of defensive midfielder who is endowed with exquisite technical security while possessing the will to cover every blade of grass.

The La Liga winner is a physical powerhouse as well, making him unique as the sitting midfielder.

Along with players like Rodri, Bruno Guimares, and Casemiro this season, a strong argument can be made that Partey is the Premier League's best complete defensive midfielder.

The burden on Thomas Partey to screen the back four has grown significantly this season with Granit Xhaka joining Martin Odegaard higher up the field and finding new life as an advanced No. 8.

The Arsenal talisman has been instructed to take on a task that most number sixes are asked not to, similar to how Fernandinho operated as the lone pivot while David Silva and Kevin De Bruyne bombed forward during the "Centurions" campaign.

They are typically either paired with a teammate in midfield or deemed not strong enough to carry out stated position.

But Partey has easily adapted to his new position and is currently arguably playing the best football of his career.

Along with possibly the youthful Bukayo Saka, the Europa League champion is perhaps the only true world-class player at the club in terms of pure quality.

Given that Ben White can easily switch to center-back and succeed alongside Gabriel Magalhaes, as he did last season, even a player who has had such a stunning impact on the Gunners' progress as William Saliba may still be replaced for a while.

In terms of finding a replacement at Arsenal who even comes close to matching Thomas Partey's calibre, class, and raw profile, can the same be said? No, that's the resounding response.