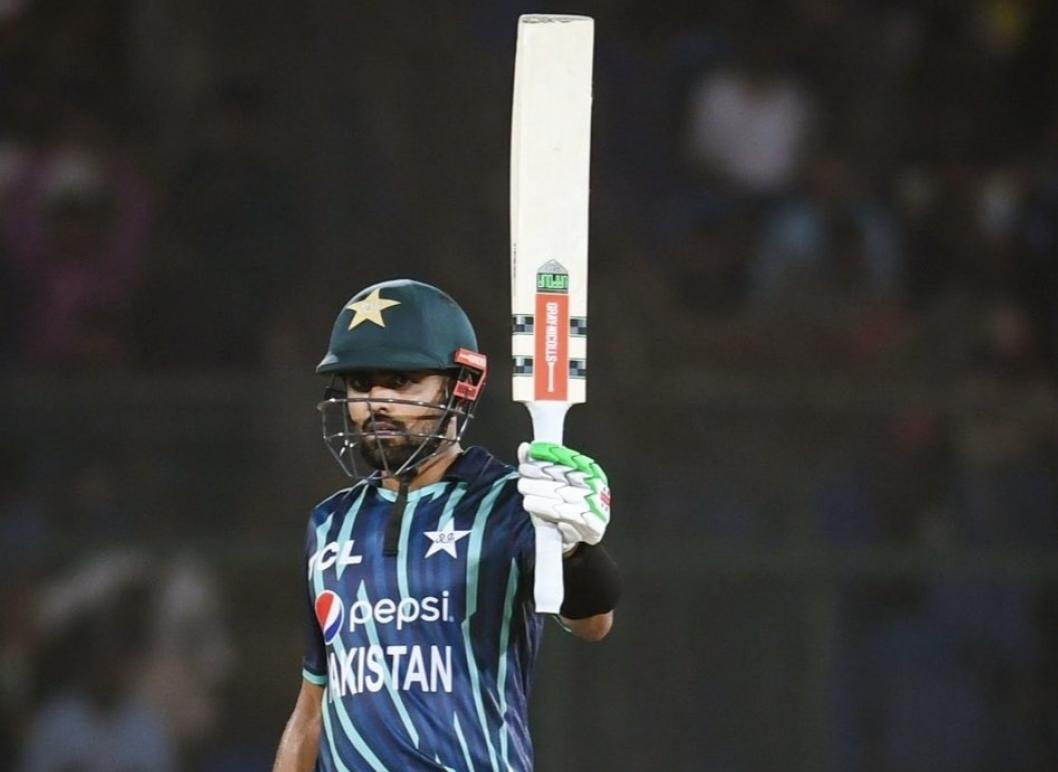 Babar Azam, the captain of Pakistan, on Friday tied Virat Kohli's mark as the quickest player to 3,000 runs in cricket's shortest format during his team's sixth Twenty20 international in the seven-match series against England.

The 27-year-old became the fifth player in the field for men and the eighth overall to reach the landmark. As a result of his half-century (87 not out off 59) against England in the sixth T20I at Gaddafi Stadium, he also became the first Pakistani batsman to score 3000 T20I runs.

Azam was expected to lead the Pakistani innings because Mohammad Rizwan was not playing in this game. The captain replied by taking on the role of the anchor despite Pakistan losing a few early wickets in the Powerplay.

Within the first six overs, Azam advanced to 25 from 19 balls and recorded his 29th fifty-plus score in the format. After reaching his half-century in 41 balls, he concluded the innings on an undefeated 87 off 59 deliveries. Azam's aggression enabled Pakistan to reach 169/6 in their 20 overs.

Suzie Bates, Meg Lanning, and Stafanie Taylor have amassed more than 3000 runs in women's T20Is. Babar is currently the eighth player in T20Is to reach the milestone.

Mohammad Hafeez, who has scored 2514 runs, is the next Pakistani hitter on the list, followed by Bismah Maroof, who has scored 2388 runs. Outside of these three Pakistanis, Shoaib Malik and Rizwan are the only other players with more than 2000 T20I runs.

Azam joins an exclusive group of T20I batsmen who have scored 3,000 runs. With over 3000 runs combined, Rohit Sharma and Virat Kohli are at the top of the list for men's T20Is. The other members of the group are Paul Stirling and Martin Guptill.

However, Azam equaled Virat Kohli's record for the format with 3000 runs in 81 innings. The only two batters to accomplish the feat in fewer than 100 innings are Kohli and Azam.