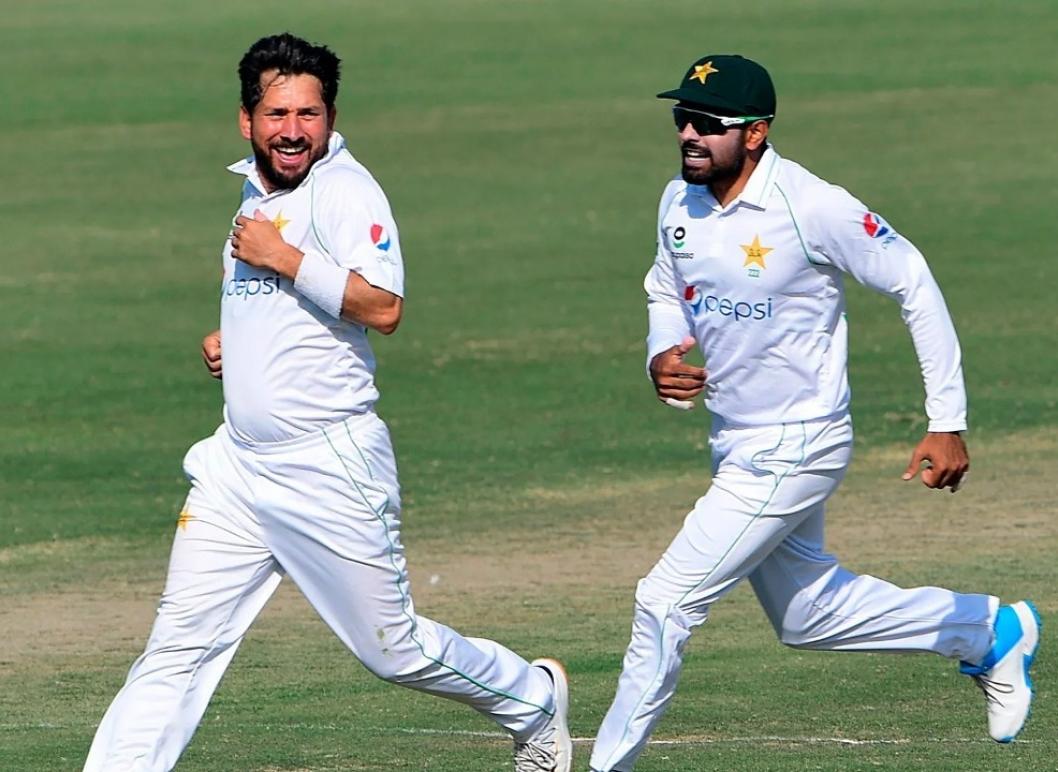 Yasir Shah, a seasoned leg-spinner, will make his return for Pakistan when they unveiled their 18-man team on Wednesday for their forthcoming two-Test trip of Sri Lanka.

Prior to being sidelined by injuries over the past few years, Yasir was crucial to Pakistan's success in red-ball cricket. August 2021 marked his final Test appearance.

For the forthcoming tour to Sri Lanka, where Pakistan will play two World Test Championship Tests beginning on July 16, the 36-year-old has, nevertheless, won his spot back in the team.

When Pakistan last travelled to Sri Lanka for a Test series, Yasir was crucial. The leggie finished as the best wicket-taker with 24 wickets in three matches at an average of 19.33. The visitors won the series 2-1.

Mohammad Nawaz also played after sitting out the Test series against Australia at home. Salman Ali Agha, an all-rounder who has never played in a Test match, has, on the other hand, been given his first call-up. Salman has been rewarded for his continuous performance in first-class cricket, where he amassed 4224 runs and claimed 88 wickets. Salman is a right-arm batsman and right-arm off-spinner by trade.

The two Test matches that will have a significant impact on the World Test Championship standings will be captained by Babar Azam. The two teams are closely matched in the standings, with Pakistan in last place with a point percentage of 52.38 and Sri Lanka in fourth with a percentage of 55.56.

"Taking into account the circumstances in Sri Lanka, we chose this team and provided them with the greatest tools. Yasir Shah's return strengthens our spin unit; he proved to be a match-winner on our previous tour to Sri Lanka, and Sajid Khan cleared the way for him, according to chief selector Muhammad Wasim.

Two spin all-rounders, Mohammad Nawaz and Salman Ali Agha, as well as left-arm orthodox Nauman Ali complete up the spin department. Salman is a useful off-spin alternative and has demonstrated consistent batting results over the past three seasons.

Although the results versus Australia were not ideal, our team recently put on strong performances, and because of that, we have kept the core to foster consistency and continuity and have reduced the squad number in response to the relaxation of Covid-19-induced travel restrictions. We are playing for points in the World Test Championship in these two games, so they are really important for our team," he continued.

On July 6, Pakistan will arrive for the series, which will start in Galle before moving to Colombo for the second Test. Prior to the commencement of the series, the visitors will also play a three-day warm-up game.