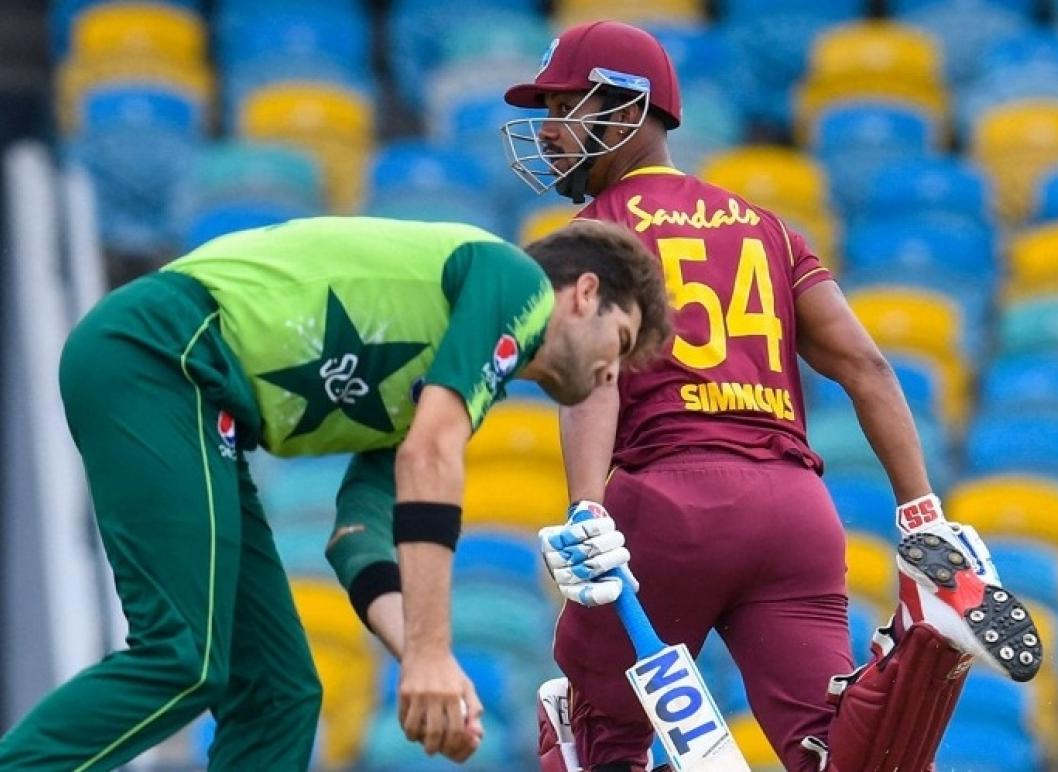 Shadab Khan's all-round performance (86 in 78 balls, 4-62) helped Pakistan beat West Indies by 53 runs at the Multan Cricket Stadium. Batting first, Pakistan piled 269/9 in 48 overs, largely due to Shadab's late onslaught. West Indies were then reduced to 93/5 before Akeal Hosein (60 in 37) delayed the inevitable by taking the match to the 38th over. Barring Hosein, only Keacy Carty (33) scored more than 21.

Pakistan began well, with Fakhar Zaman (35) and Imam-ul-Haq (62) adding 85 for the opening wicket. Then West Indies captain Nicholas Pooran, who had bowled only three balls in his international career, decided to bowl his off breaks. He got both openers as well as Mohammad Haris and Mohammad Rizwan, and finished with 4-48. With Hayden Walsh Jr taking out Babar Azam for a single, Pakistan were suddenly 117/5.

But Khushdil Shah (34) dug in, allowing Shadab to play his shots. The pair added 84 before Shadab continued with the tail, including a 40-run stand, off 28 balls, for the eighth wicket with Mohammad Wasim. By the time Shadab was ninth out, in the 47th over, Pakistan had already got enough runs.