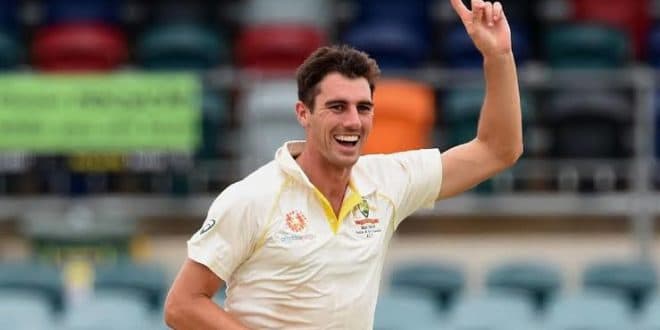 Pat Cummins calls for an alternative to shine the ball

Test cricket’s leading pace, Pat Cummins, has asked for an alternative method to shine the ball after the ICC committee’s recommended earlier this week to ban the usage of saliva. Led by former India leg-spinner and Test skipper, Anil Kumble, the committee came up with the suggestion of banning the use of saliva following the risk of transmission of the Coronavirus.

The usage of sweat is still permissible as the committee seeked advice and found that the possibility of transmission is negligible via sweat. But with one-sided Test matches in the offing, Cummins has called for ICC to come up with an artificial option as a replacement for saliva. The usage of artificial substances to shine the ball isn’t allowed according to ICC regulations.

“If we remove saliva, we have to have another option,” Cummins told Cricket.com.au. “Sweat’s not bad, but I think we need something more than that, ideally. Whatever that is, wax or I don’t know what. If that’s what that science is telling us, that it’s high risk using saliva … as long as we’re keeping other options open, whether that’s sweat or something artificial.”

“We have to be able to shine the ball somehow so I’m glad they’ve let sweat remain,” he said. “We’ve just got to make sure at the start of the spell we’re sweating and we’re nice and warm. Late in the day in Australia, it’ll be fine, but certainly on a cold day (it could be difficult).

“Your slip cordon is normally the ones shining the ball and they’re not huge sweaters standing there all day. It’ll be interesting, it’ll be an adjustment. Hopefully we’ll get to a stage where saliva is deemed safe. Hopefully we can go back to that, to how it was.”

“In the last few years, I feel like it’s hardly swung at all,” he noted. “Hopefully, like we always say, the wickets will be a bit juicier to suit us bowlers.”