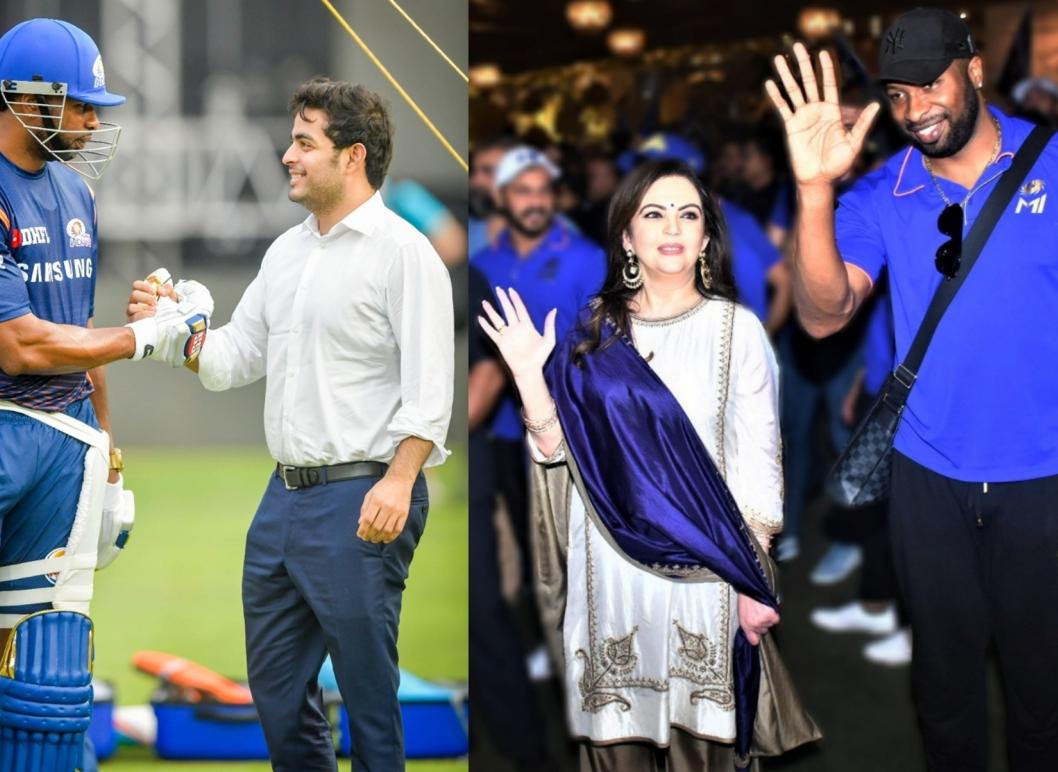 Charismatic Cricketer Kieron Pollard of the West Indies has announced his retirement from the lucrative Indian Premier League (IPL) and Mumbai Indians, but he will take on the position of batting coach for the most prosperous team in the T20 competition.

According to a statement from the Mumbai Indians, Pollard is "one of the pillars" of the five-time IPL champions and will "hang up his boots" after 13 seasons with the team.

"Kieron Pollard is hanging up his boots after playing for MI for 13 seasons but will continue with the MI family in his new role as batting coach. A one-club man, adorning the Blue and Gold, Pollard signed in 2010 for Mumbai Indians and has since become one of the greatest players of this generation, picking up 5 IPL and 2 champions league trophies with Mumbai Indians.

"Pollard is and will continue to always be at #MIForever and will use his decades of experience and skill to strengthen Mumbai Indians as a batting coach and as a player with MI Emirates," said the statement.

Owner of the Mumbai Indians, Nita M. Ambani stated, "For me, Pollard has exemplified what Mumbai Indians stand for — Khelenge Dil Khol Ke! Right from Season 3, we have shared joy, sweat, and tears — those powerful emotions that forge lifelong bonds on and off the field. He has played an important role in the success of MI and been a part of the winning side for both our Champions League trophies and all 5 IPL wins.

"May he find even more success, triumph, and fulfilment on his new path with MI and MI Emirates. I'm hoping for the best for him! Added she.

"Polly (Pollard) leaves left a significant legacy as a player with Mumbai Indians," remarked Akash Ambani. Every time he entered the field, the crowd cheered. He played the beautiful game of cricket with the utmost commitment and enthusiasm throughout his IPL career with us. He was a treasured member of the MI family and a terrific friend. We are happy that Polly will continue to play for MI Emirates and coach the batting for the Mumbai Indians.

"We are confident that Polly will be a vibrant and effective coach, just like he was for us on the field. Although the Mumbai Indians, Wankhede Stadium, and the Paltan would miss him playing on the pitch, his thoughts will be beneficial to the team, "extra Akash

Pollard said that his decision to leave the IPL as a player was difficult.

"I will continue to play for a few more years, but I understand that this amazing club that has accomplished so much needs to change, and if I'm no longer to play for MI then I cannot see myself playing against MI either," he said. A MI is always a MI. Having played for the biggest and most successful team in the IPL for the past 13 seasons makes me feel incredibly proud, honoured, and fortunate.

"Sincerely, I want to thank Mukesh, Nita, and Akash Ambani for their unwavering support, love, and respect over the years, as well as for their faith in me. We were family when we first met, they said, welcoming me with wide arms. Throughout my tenure with Mumbai Indians, they didn't simply say such things; they also acted in accordance with those words "insisted Pollard.