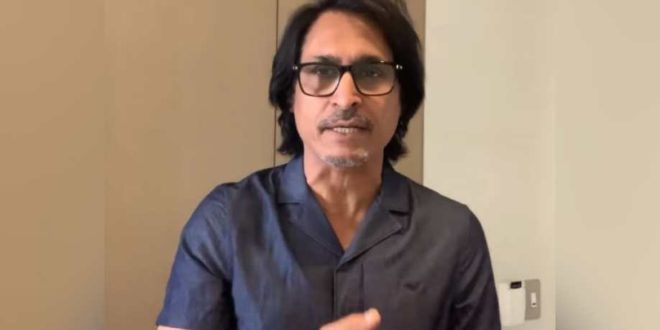 Former Pakistan cricketer Ramiz Raja has suggested current Test captain Azhar Ali to focus on his own batting and lead from the front when they take on England in the much-anticipated series in August.

Raja pointed towards Pakistan’s tour of Australia last year where Azhar could muster only 62 runs in four innings as the hosts recorded as convincing 2-0 series whitewash.

“My advice for Azhar will be to first focus on his own batting. His captaincy wasn’t good in Australia and also in recent times his form has not been that great,” Raja told Dawn News.

“So he should be focus on his batting first so that he can inspire his teammates. Also, its a great chance for Babar Azam to again impress the world like he did in Australia,” he added.

The two teams are scheduled to play three Tests and as many T20Is after the conclusion of England’s three-match Test series against West Indies which starts July 8 at the Ageas Bowl.

Raja also hailed the Pakistan Cricket Board (PCB) for playing its part in helping the sport return to the field in the wake of coronavirus pandemic.

“PCB deserves the credit as they have maintained a positive and clear approach about the England tour from day one,” said Raja said.

“It is absolutely great news that cricket is finally returning to action.

“I hope the series against Windies and Pakistan go smoothly in England to provide great entertainment to the lovers of the game.”