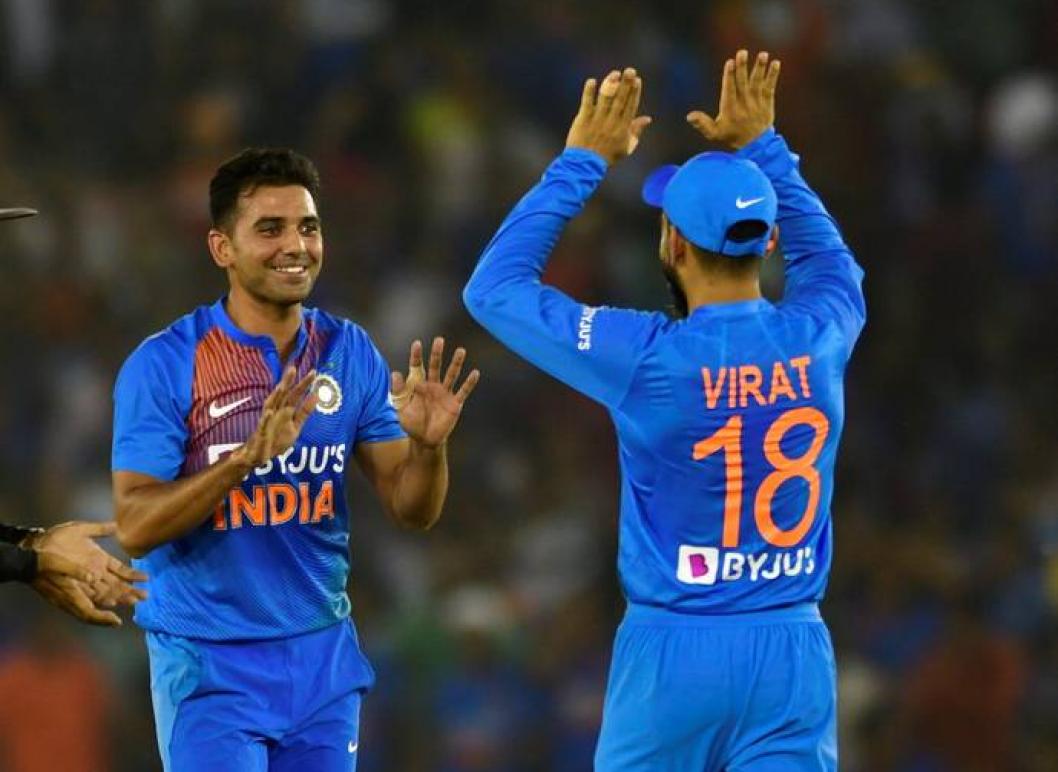 Chasing 175 for the win Bangladesh cricketer team started to lose frequent wickets. Chahar gave the first breakthrough by sending Liton Das and Soumya Sarkar in the third over. This time Chahar missed a hat-trick opportunity. A partnership of 98 between Mohammad Mithun and Mohammad Naim tried to save the match for the tourists. Chahar broke it by dismissing Mithun in the 13th over. He then returned in the 18th and 20th over of the innings to complete his unfinished job. He dismissed Shafiul Islam off the last ball in the 18th over and then completed his hat-trick by removing Mustafizur Rahman and Aminul Islam off consecutive deliveries in the final over.

His spectacular bowling analysis read 3.2-0-7-6. Deepak Chahar thus became the first Indian bowler in Men’s T20I to register a hat-trick in the shortest format of the game. Left-arm spinner Ekta Bisht had accomplished this for India in 2012 against Sri Lanka when she had claimed 3/16. Finally, he registered the best bowling figure ever in a Men’s Twenty 20 International match as well.  His 6/7 surpassed the previous best in this format recorded by Ajantha Mendis, who had picked six wickets by conceding only eight runs against Zimbabwe in 2012. The overall list is led by Mas Elysa who had taken six for three for Malaysia Women against China.

While talking about this feat, “I never thought of this, not even in my dreams. I have been trying to work hard since my childhood and my efforts have paid off.” He further explained how the skipper and management believed him. “Rohit was planning to give me the crucial overs and the management wanted to do the same. I always focus on the next ball, I keep doing that until I don’t complete my spell.”