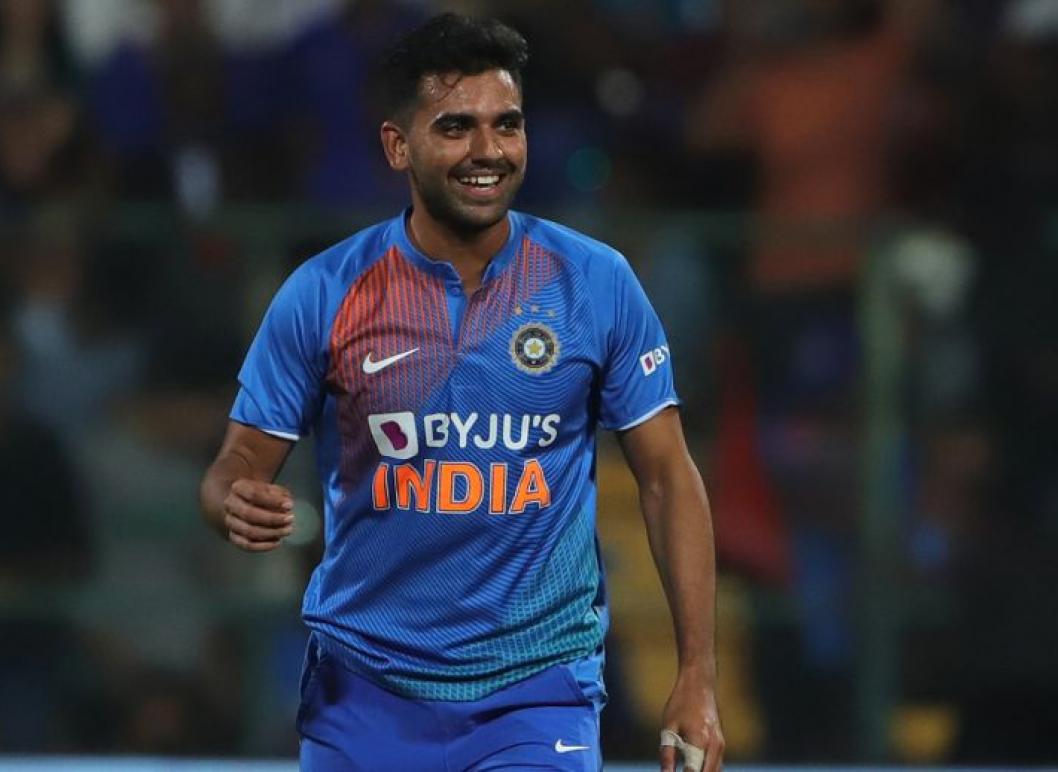 Indian pacer Deepak Chahar jumped 88 places to 42nd in the ICC T20I rankings on the back of his record-breaking six-wicket haul in the series decider of the three-match T20I series against Bangladesh at Nagpur on Sunday.

Chahar registered bowling figures of 3.2-0-7-6 and thus broke Ajantha Mendis’ seven-year-old record for best bowling figures in men’s T20Is. He also became the first Indian men’s cricketer to claim a hat-trick in the format in the process.

20 balls was all the 27-year-old took to power India to a comprehensive 30-run victory over Bangladesh.

The bowling rankings in T20Is is, however, led by Afghanistan’s Rashid Khan followed by New Zealand’s Mitchell Santner at second. Ashton Agar of Australia is another bowler who has gained 57 places to jump to 9th in the rankings.

The latest update in the rankings was done after considering the performances of the players in the recently concluded ICC Men’s World T20 Qualifiers, series between Australia and Pakistan, the New Zealand-England series and also India’s home series against Bangladesh.

And as far as the batting rankings in the format goes, Rohit Sharma maintained his lead at the top of the rankings with KL Rahul gaining a place to 8th after his superb fifty at Nagpur.