Reverse Scoop: Forgotten South African spinners from over a century ago 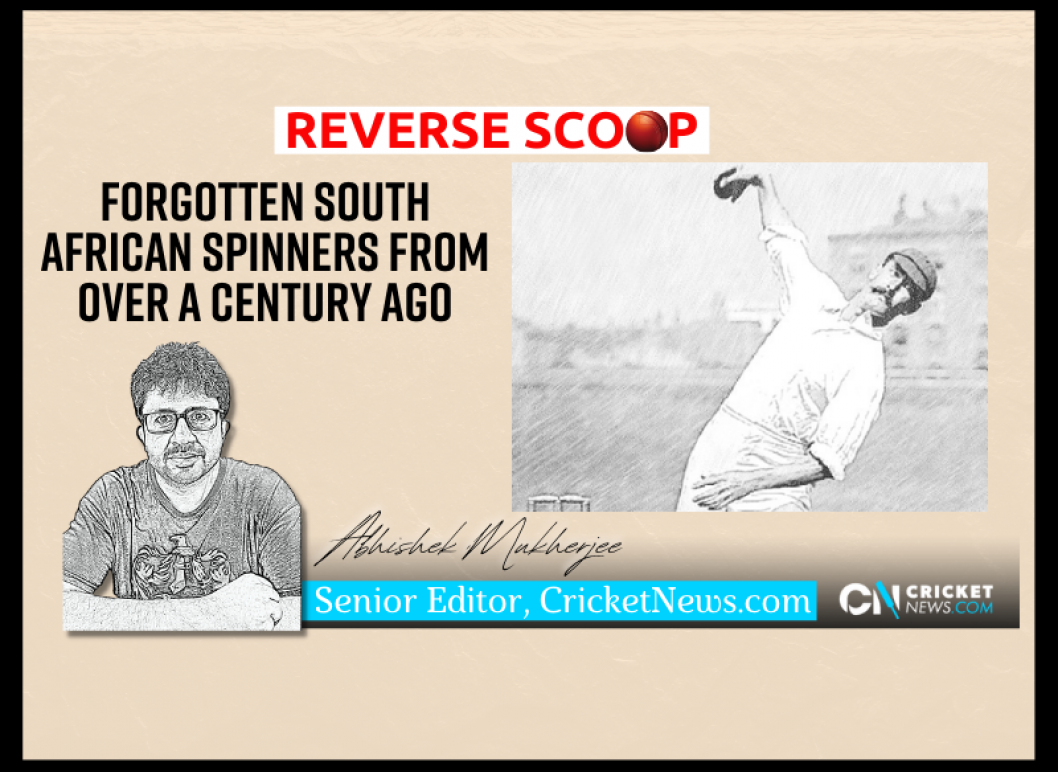 South Africa bowled out Bangladesh for 53 in 19 overs to win a Test match in Durban. What makes this feat even more remarkable is that South Africa opened bowling with two spinners, who bowled unchanged. Keshav Maharaj (10-0-32-7) and Simon Harmer (9-3-21-3) ran through Bangladesh on the same ground where India were bowled out for 100 and 66 a quarter of a century ago – by all-pace attacks.

Expected, one might say. After all, the fast bowlers – Kagiso Rabada, Lungi Ngidi, Anrich Nortje, Marco Jansen – are away in India, so why not build an attack around the best of who is left?

One does not associate South Africa with spin bowling, particularly since their return to international cricket in 1991/92. Before that, Hugh Tayfield ruled supreme throughout the 1950s: his 170 Test wickets is still the most among South African spinners.

Other eminent names included Xen Balaskas (who spun South Africa to their famous win at Lord’s in 1935), Cyril Vincent, ‘Tufty’ Mann, Athol Rowan, and… the googly bowlers of the 1900s that made South Africa the third power in world cricket.

South Africa had lost 10 of their first 11 Test matches. These included four innings defeats, three by 150 runs or more, and two by eight and ten wickets. England seldom bothered to send their frontline cricketers to South Africa.

Despite the Boer Wars, cricket had risen in South Africa. Domestic cricket was intense. But they needed something extra to beat England or Australia.

That ‘something’ turned out to be an import from England.

Reggie Schwarz, a South African batter who sometimes bowled, was in England in 1904 when he watched Bernard Bosanquet perform his new trick, of turning a ball from off to leg with a leg-spinner’s grip. This was the googly, though the name was not popular yet.

Schwarz played with Bosanquet for Middlesex. By the time he returned to South Africa, he had aced the googly. So fascinated was he by the googly that bowling had become his primary weapon. He spread his knowledge once he was back.

One of his students was Aubrey Faulkner, the greatest all-rounder before the Wars and one of the greatest of all time. There was also Bertie Vogler and another batter, Gordon White.

When England toured South Africa in 1905/06, the googly quartet was ready.

South Africa went into the first Test at Old Wanderers with six debutants. Four of them were Schwarz, Faulkner, Vogler, and White. Schwarz and Faulkner opened bowling. And the googly was unleashed soon afterwards.

As they say, nothing ever happens for the first time in cricket. Not even a spin-heavy South African attack.