Reverse scoop: The future is not bright for Test cricket 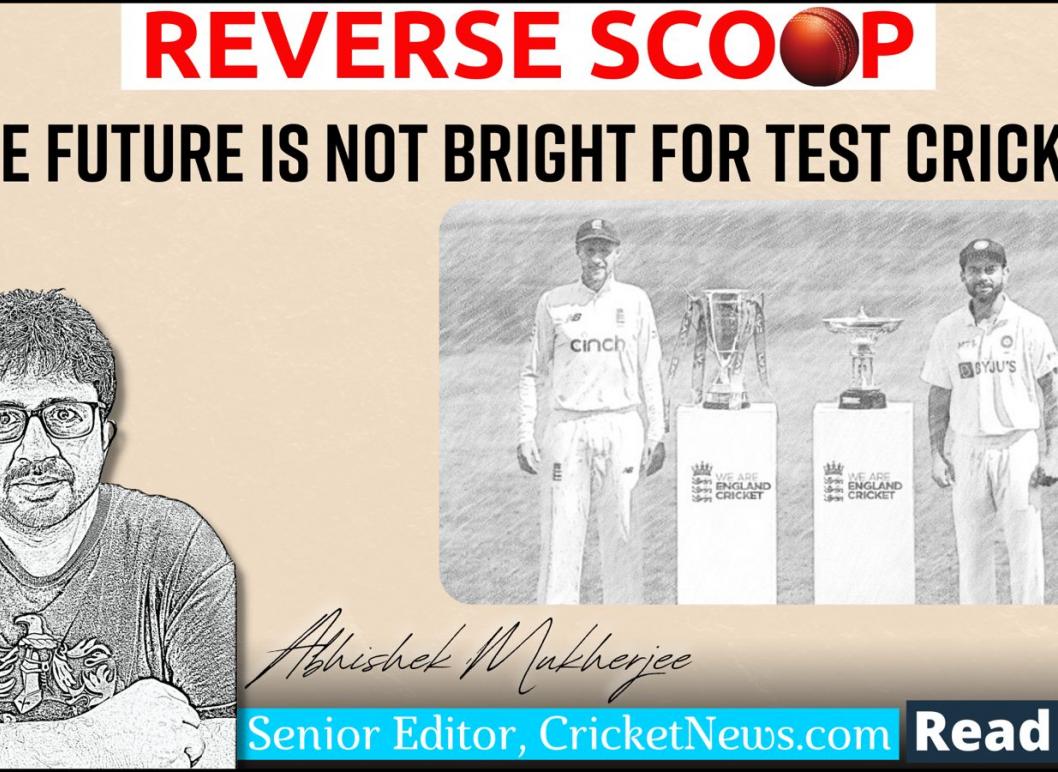 For a long time, Test matches in India were played in winter, and featured low over rates and scoring rates. And yet, they attracted large crowds, for they had little choice.

Tours began to include Tests and ODIs in equal proportions. In 1987, India and Pakistan wrestled the hosting rights of the World Cup out of England. In 1992, a World Cup was played in coloured clothing, using two white balls every innings, often at night.

Cricket was changing, but only one format. Test cricket refused to change. They reluctantly let go of the rest day, but that was it.
Test cricket might have begun in 1876/77, but it featured only three teams for half a century.

Had the Great War not happened, had Britain suddenly not felt the urge to keep her Empire closer, ICC’s decision to grant West Indies, India, and New Zealand Test status would probably not have happened in 1926.

The seventh team, Pakistan, was added in the 1950s, but India and Pakistan played as separate teams for political, and not cricketing, reasons. And South Africa were not playing three of the other six teams.

By the time Sri Lanka was added in the 1980s, South Africa had been banned. Sri Lanka had played two World Cups before they were indoctrinated. Zimbabwe, the next team, had to play three.

ICC, thus, had always given the impression that a team needed to qualify for the World Cup (twice, ideally) in order to become a Full Member and play Test cricket.

The administrators had, without making a formal effort, managed to establish Test cricket’s position on cricket’s topmost rung.

But the hierarchy, while relevant to some, was not actually important, for the three formats coexisted peacefully.

Then, the IPL, followed by other T20 leagues, changed the geopolitical hierarchy of cricket. Until then, a cricketer’s career ambitions were more or less linear, defined by geography. They graduated from club to state to zone to A teams to the national side – often defined by the place they were based out of. 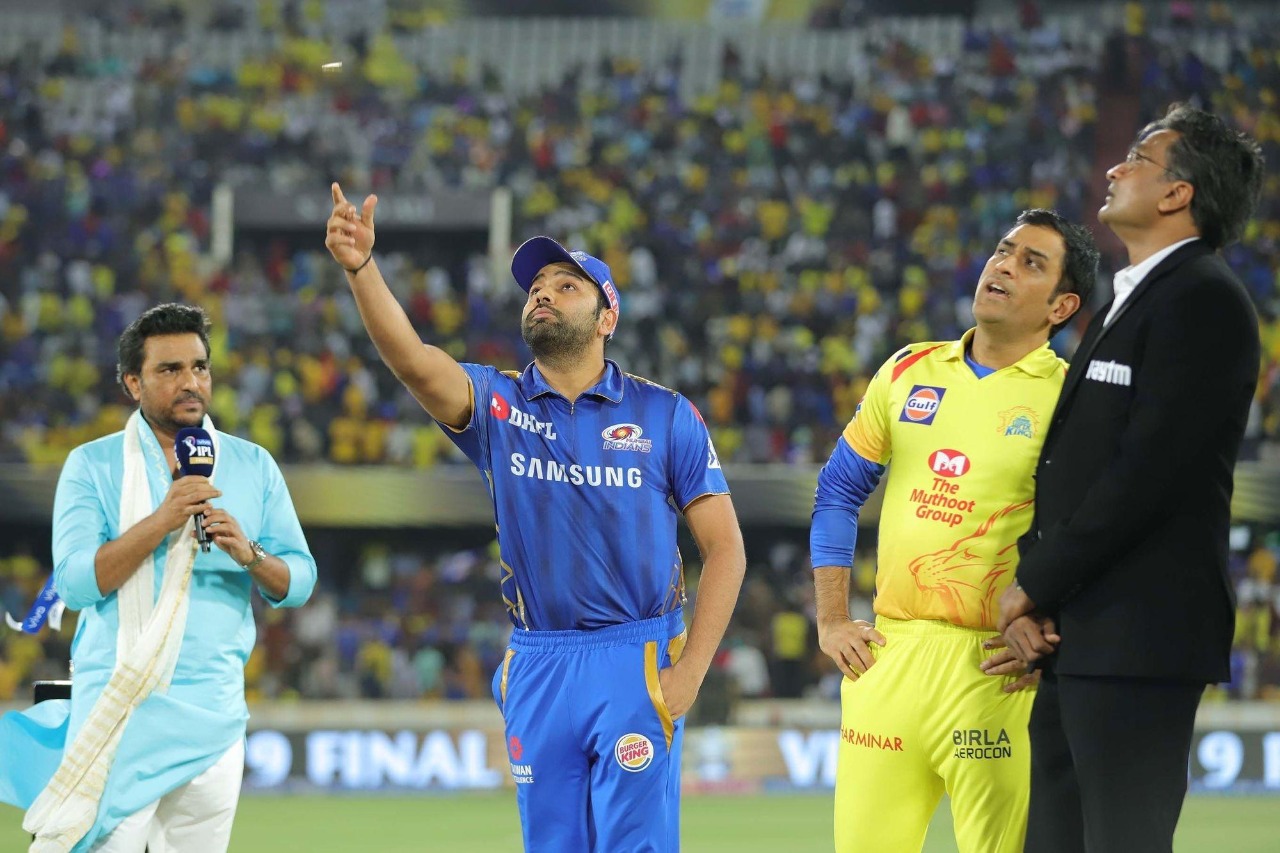 The IPL has changed the game, for T20 cricket, and for Test match cricket. (SOURCE: IANS)

The IPL wrecked this system. Now, a cricketer from Saurashtra can be spotted by a Rajasthan Royals scout and get fast-tracked into the India team. That cricketer is as much an international cricketer as a Test-playing teammate who had risen after spending years in Ranji and Duleep Trophies.

Never has Test cricket faced this crisis. And, to make things worse, they took a step backward.

Test cricket’s problem had been its constant effort to establish itself as exclusive and supreme. One may argue that cricketers play more Test cricket these days, but that is because tours are more frequent, and happen all the year.

The last four-match Test series not involving at least one of India, Australia, and England was played in 2005, between West Indies and South Africa. New Zealand have not played a four-Test series in the 21st century. Sri Lanka never have, neither have Zimbabwe or Bangladesh. In three years, Afghanistan have played six Test matches and Ireland three.

Only 488 Test matches have been played since 2010, a mere 24 more than the 2000s. This, despite the arrival of Afghanistan and Ireland, despite the fact that Bangladesh play more now.

And the percentage of Test matches involving at least one of England, Australia, and India has remained at 61%.

That is now how a sport – or a format of it – expands. Remember, this is the only format where women get all but a token representation.

That makes Test cricket the least inclusive of formats.

While agreeing to Tests being the superior format, many cricketers choose to play in the franchise-based T20 leagues whenever their schedules clash.

The fault does not lie with the cricketers, who – justifiably – want to maximise their best years monetarily; or with the boards, most of whom struggle for cash.

Test cricket may be, for one reason or the other, the ultimate format, but it has been losing its sheen. Matches feature empty stadia in some countries – but that has been the case for some time. Television and internet following had not stopped, for the fans had little option if they wanted to watch their favourite cricketers.

But now that has changed significantly, for cricketers need not feature in international matches anymore.

There is little scope for expansion, for it is almost impossible for a new fanbase to dedicate five days to watch one sporting contest. Countries that have been keen to play Twenty20 – Nepal, Oman, Papua New Guinea, Nigeria, Namibia, Brazil, USA, Vanuatu, Hong Kong, among others – are unlikely to field Test cricket teams.

The administrators have delayed the expansion of cricket even within the Full Member sides for far too long. The World Test Championship started too late, as did the pink-ball Test matches. It has reached a stage where any series not involving the Big Three will invariably be of smaller length, and will receive limited attention.

Despite the inherent respect for the format, the cricket ecology has pushed Tests to a corner, restricting it to its bare minimum – the ‘Big Three’.

Since the 1980s, it was never the most popular format, but things have never been this bleak either.

The immense success of The Hundred, especially among young boys and girls, was indicative enough of what the next generation prefers. ICC’s counter-measures may arrive too late.

ALSO READ: The Hundred is staying, deal with it