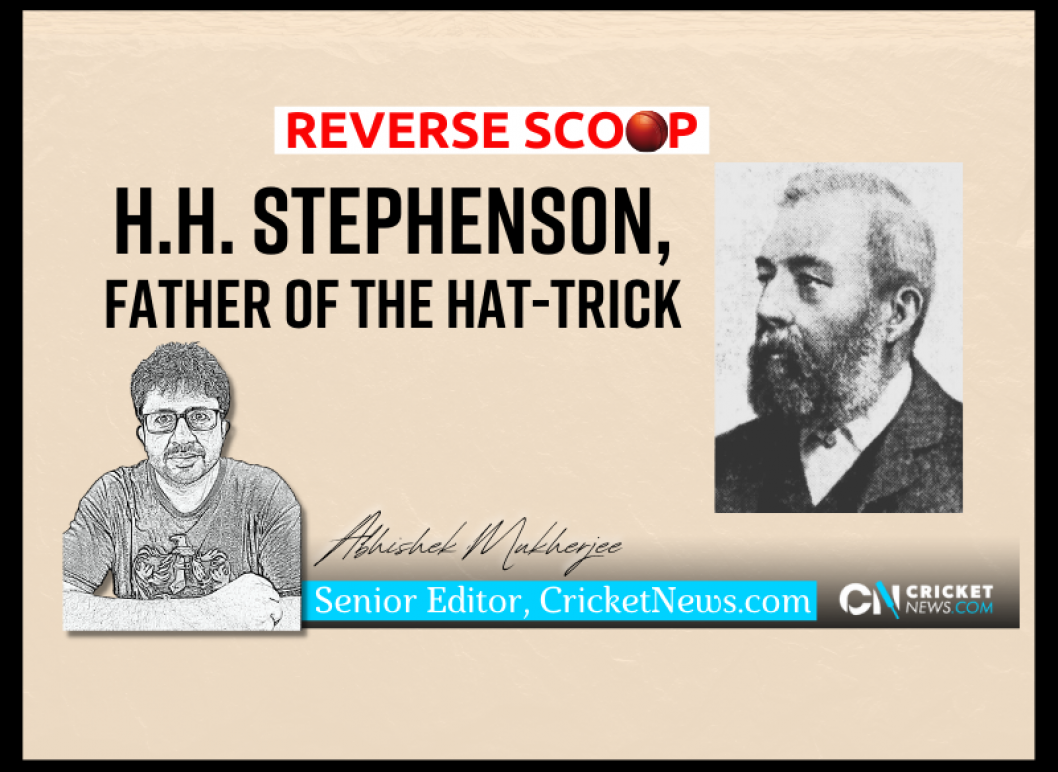 Heathfield Harman Stephenson, popularly known by his initials, H.H., was born on this day, 1833. Stephenson was a significant man in the history of cricket on many counts. Along with Bob Thoms, he was one of the two umpires in Oval Test match of 1880, the first Test on English soil.

But Stephenson’s connections with Anglo-Australian cricket dates far beyond that. In the early 1860s, Felix William Spiers and Christopher Pond, two Englishmen who ran a catering company in Melbourne, planned on bringing Charles Dickens to Australia and New Zealand. Dickens did not agree.

As a replacement, they organised a tour of an English cricket side. These 12 Englishmen were the first squad from any country to tour Australia and the second English side to tour anywhere. They are often referred to as the H.H. Stephenson’s XI, after the captain.

In other words, Stephenson was the first man to lead England against Australia in cricket.

However, this piece refers to an incident that dates to 1858. Before narrating that, it is important to understand how cricketers were rewarded in back then.

The amateur cricketers There was obviously no Player of the Match awards. Professional cricketers got paid – but that as per contract. Rewards were optional and often ad-hoc.

When a professional cricketer did something outstanding – like score a hundred or take five wickets – a fundraiser was arranged on the spot. A teammate or a member of the crowd would take a hat and go around the crowd, collecting donations for the cricketer.

This included three wickets in three consecutive balls. This has been done before, but never was a professional rewarded for such a feat. The usual practice was observed, and Stephenson was gifted a hat full of money.

What do you call a trick that earns you a hat? The word found its way to the lexicon of cricket.

In cricket, the phrase is typically restricted to a bowler taking three wickets in three balls, but can also be used for a team winning three consecutive titles.

In football, hockey, water polo, or handball, the definition is a bit more flexible. A player scoring three goals is considered sufficient – they need not be consecutive. A perfect hat-trick – a special achievement – consists of a right-footed goal, a left-footed goal, and a headed goal. Rugby has a similar definition, for three tries.

Baseball, closer to cricket, has a different definition: one needs to hit three home runs in a game. Chris Gayle would have loved that.