Reverse Scoop: How about a Women's ICL, then? 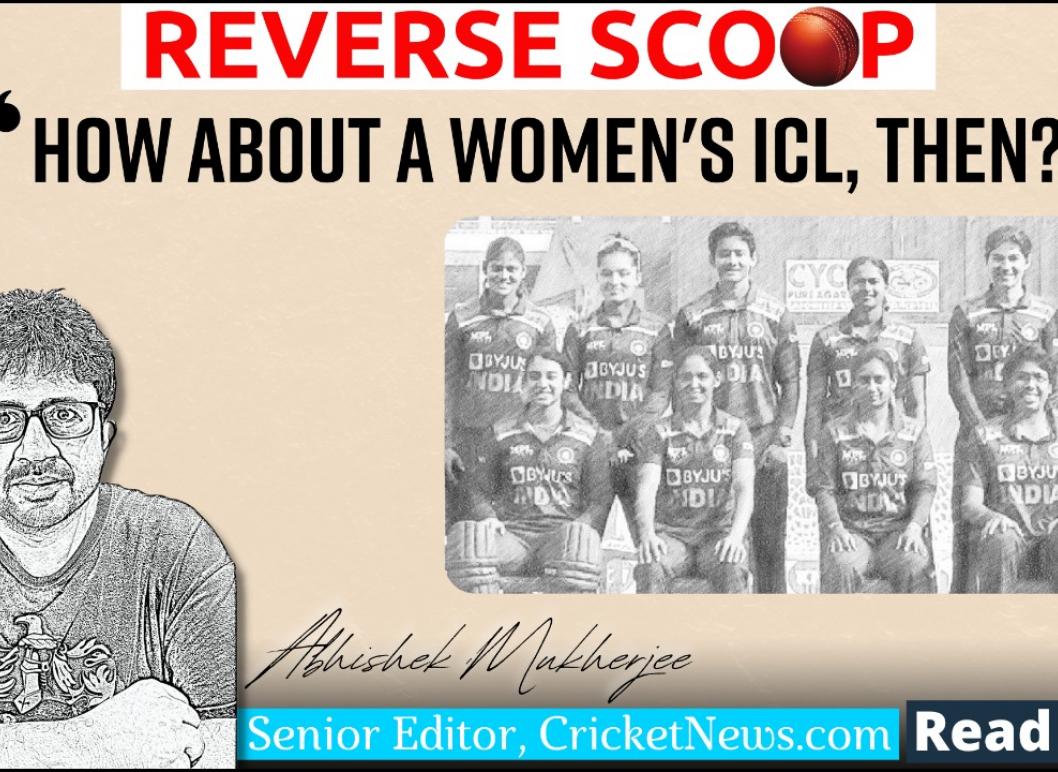 It is not only about Test cricket, either. India have played only 13 ODIs and 9 T20Is against Australia in Australia. This includes the historic T20Is series of 2015/16, where the team became the first Indian side, male or female, to win a bilateral series on Australian soil.

And then, there was the T20 World Cup of 2020, the last major tournament before Covid-19 brought the world – cricketing or otherwise – to a standstill. India beat Australia in the tournament opener. The final, between the same sides, was attended by 86,174 people – a record in women’s cricket.

While there is little doubt that Australia are the stronger of the two sides, a riveting contest is on the cards. Cricket Australia have promoted the tour on the same lines, while Australian media has played its role.

But the BCCI has been absurdly conspicuous. Promotion has been scant. Between 15 and 20 September, the official Twitter handle dedicated to the Women’s team has put up a sum total of two photographs (of cricketers arriving in Mackay) and two videos of press conferences (68 seconds combined).

Information is scant on the BCCI website, or on media releases. The tour match, just ahead of the ODI series, had received little coverage in India.

Meanwhile, the BCCI released the new payment structure for domestic cricket. According to the new figures, the women are entitled to INR 20,000 for a day’s cricket in the domestic circuit – the same as Under-19 male cricketers, and half the amount of the most inexperienced senior men.

Of course, the inter-gender discrepancy is not as humongous as the central contract amounts – INR 7 crores and 50 lakhs for men and women respectively – but it is still substantial.

The question of discrepancy in opportunities and pay scale has come up time and again. During an interview with Sportstar in May 2021, BCCI President Sourav Ganguly cited India Women’s two Test matches this year to highlight BCCI’s support for women’s cricket.

India Women indeed played Test cricket for the first time since 2014/15, but these matches were not hosted by India. In reality, India Women did not play international cricket for almost a year since that T20 World Cup final. It took them a few more months to receive even their prize money for the same tournament – something their counterparts in other countries had got long ago.

In between, they featured in the three-team, four-match blink-and-miss Women’s T20 Challenge. The 2020 edition was so poorly scheduled that the WBBL stars stayed away. More importantly, the T20 World Cup runners-up could not participate in the WBBL, which ripped them of income.

But even 2020 seems an improvement on the 2021 edition, of which nothing has been heard till date. If BCCI – as outcome of some miracle – indeed want to host the tournament after the Australia tour, it will clash with the WBBL yet again, not to speak of the Indian domestic season.

Fourteen years ago, about a couple of months after India won the 2007 T20 World Cup, Zee had launched the Indian Cricket League, an inter-city T20 tournament featuring Indian and overseas male cricketers. The Indian cricketers earned significantly more from the ICL than what they did from domestic cricket.

It was unofficial, and BCCI did whatever they could to stop the ICL from becoming a success. They banned all ICL cricketers from playing for India. The cricketers did not bother, for they knew BCCI would not be able to match the enormous sums they were promised.

BCCI also made it difficult for the ICL to find a venue. More importantly, they launched the IPL, a tournament of proportions so gargantuan that the ICL paled into insignificance. Once the ICL faded out in 2009, the Indian cricketers offered an amnesty offer from the BCCI and even featured in the IPL.

The ICL had run its course, but it had done what the cricketers needed. The BCCI have always claimed that the IPL was not a knee-jerk response to the ICL but a prior idea. There is truth in that, but that is another story. What cannot be overlooked the timing of the launch of the IPL: that was perhaps not a coincidence.

And the fact that the daily fees for domestic cricketers more than doubled shortly after the ICL was launched was definitely not a coincidence.

The BCCI had merged with the Women’s Cricket Association of India in 2006. Since then, the female cricketers have enjoyed superior facilities. Unfortunately, the opportunities, marketing, and pay scale – the responsibilities of all of which lie with the BCCI – are still significantly less than their male counterparts.

Decades before the ICL, Kerry Packer had rocked the economy of Australian cricket with his World Series. Despite the optimism of many, from young fans to Ellyse Perry, a full-scale Women’s IPL seems unlikely in near future. Perhaps it will take a rebel league to take India Women to the next level.