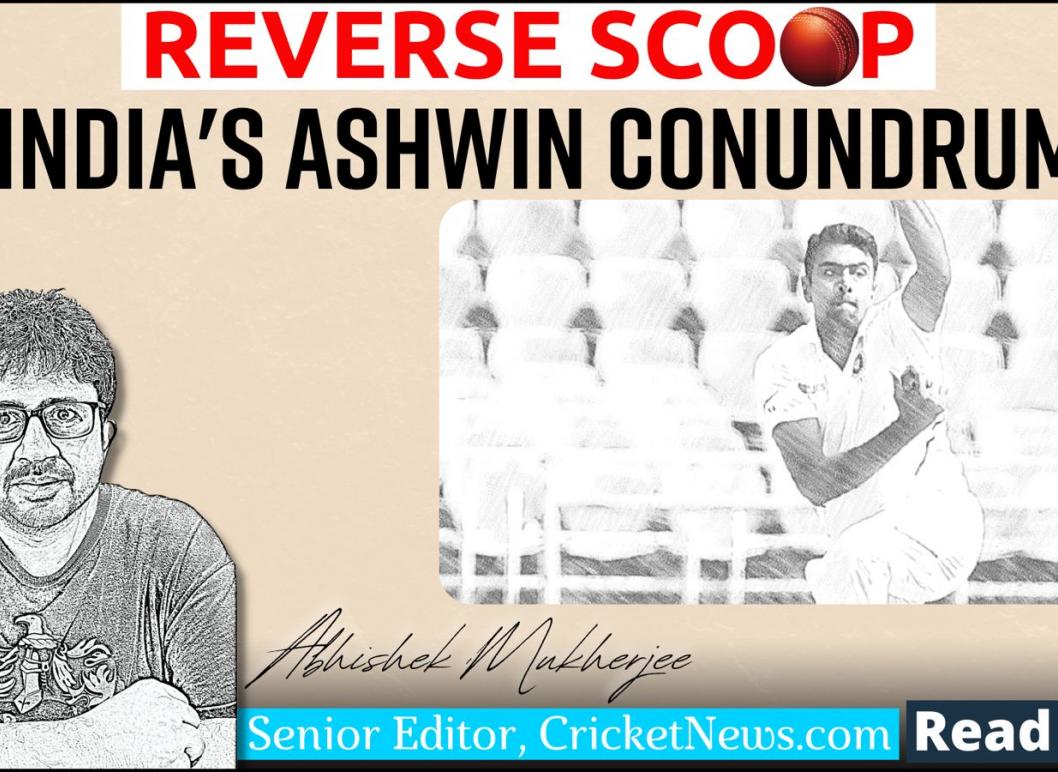 A significant part of the Indian cricket fraternity had, for some reason, as assumed that R. Ashwin would play at The Oval, especially after India’s innings defeat at Headingley. One could see why. With 413 Test wickets, Ashwin is the second-ranked bowler in the world. He played a major role in India’s 3-1 win at home earlier this year, and picked up 4-45 in the World Test Championship final against New Zealand and 7-126 for Surrey against Somerset, both in this English summer.

There is little doubt over Ashwin’s stature as the greatest contemporary spinner – or as one of India’s greatest ever bowlers. He would have walked into almost any other side in world cricket. Unfortunately, the Indian team, especially on the current tour, has posed some singular problems.

The English pitches have not assisted turn. That would have been playing into India’s hands. Both teams boast of excellent pace attacks and batting line-ups, and spin is the only significant discriminating factor between them. The curators have done an excellent job, albeit with expected support from the Dukes ball and weather.

That made a strong case for both sides reducing their spin attack to one bowler. India’s four-pronged pace attack – Ishant Sharma, Mohammed Shami, Jasprit Bumrah, and Mohammed Siraj – are the best in the world. A hostile quartet, relentless in aggression, coming at the opposition all day.

Why four fast bowlers, one may ask. Many teams have tried combinations of three fast bowlers at one end, with a lone spinner bowling long spells at the other. Australia did that in the early 2000s; they still do the same. But that approach – especially with an older ball – involves using a pacer and a spinner at opposite ends, not two pacers.

Ashwin and Ravindra Jadeja are probably the two best spinners in the world, but pacers have done significantly better than spinners in England (as in several countries outside the subcontinent), even in the fourth innings, where spinners are at their most potent. The data below is since 2010:

In England, thus, pace at both ends, used throughout the day, is almost always a better option than using spin at one end.

One may ask why other teams do not pick four fast bowlers as often. That is because very few sides in the history of Test cricket have boasted of a pace attack to match the current Indians. Umesh Yadav, who has mastered the art of picking wickets on flat subcontinent wickets, waits in the reserves.

Teams with four top fast bowlers have used them. One does not have to go as far as the all-conquering West Indians of the 1980s for that. The South Africans did that, as late as during the Dale Steyn-Vernon Philander-Morne Morkel-Kagiso Rabada era. The New Zealanders did that in the WTC final. And so on. 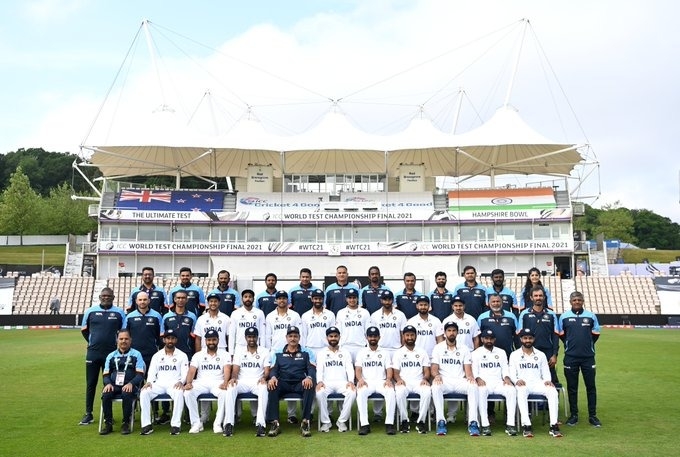 India’s team photo ahead of the World Test Championship Final at the Ageas Bowl.

India’s case, however, is different on two counts. Almost none of these sides had a spinner of the calibre of Ashwin or Jadeja, which made the selection easy. And at least one of their fast bowlers could bat. On the rare occasions when a team went in with four fast bowlers, all of whom were rank tail-enders, they picked the sixth batter.

India could have played six batters despite having two world-class spinners at their disposal. But there was another catch – their spinners, both of whom have over 2,000 Test runs, are good enough with the bat to be hailed as all-rounders.

India might have picked a batter, say, Mayank Agarwal or Hanuma Vihari, to bat at five or six. That could have got them a few more runs than Ashwin or Jadeja, especially if they had to negotiate the second new ball. But the difference in runs would not have matched the difference in wickets a spinner of that calibre would have brought.

A couple of part-time bowlers might have got some wickets, but India do not have any. Vihari has bowled 4.5 overs every Test match. In First-class cricket, that number drops to 4 overs. The others bowl even less frequently.

Thus, India’s best strategy on these pitches was exactly what they did – to play one of Ashwin and Jadeja. Things might have been different at The Oval, where spinners typically get more purchase than other English venues (but still less than pacers). But England’s decision to pick a lone spinner in the entire squad and bowl first validated what India did.

That brings us to the final question: which of the two spinners?

‘England has four let-handers, so a good match-up for Jadeja, with our seamers bowling over the wicket,’ Kohli had explained at the toss.

That was exactly what Jadeja did. He stuck to an over-the-wicket line, even to right handers, aiming at the footmarks of India’s four right-arm seamers bowling over the wicket.

Dawid Malan shouldered arms to one. Replays revealed that he would have been out had the on-field umpire thought accordingly. Jadeja spun one across Haseeb Hameed to bowl him (after having him dropped). And had Moeen Ali caught.

All three happened because he kept hitting the ball with relentless accuracy. As the fast bowlers kept attacking at one end, Jadeja ensured there were no easy runs at the other.

He finished with figures of 30-11-50-2. His match figures, 47-12-86-4, make terrific reading. And while he failed with the bat, one must remember that he had been batting two places higher than his usual position. On this tour, he has scores of 56, 40, and 30 – decent for a bowler who can bat. He scored 75 and 51 in the tour game. He batted at Nos. 6 and 4 in the the match, so perhaps a promotion was on the cards, probably to slot a left-hander up the order.

Jadeja also averages significantly more than Ashwin with the bat (34.04 to 27.68), but him being a left-hander in each discipline probably tilted the balance in his favour. His fielding was probably not as significant.

ALSO READ: The future is not bright for Test cricket

Ashwin would almost certainly have played for any other team. There is little doubt over his greatness. His exclusion is the classic case of an outstanding performer not being a great fit in the best possible combination a team can come up with.