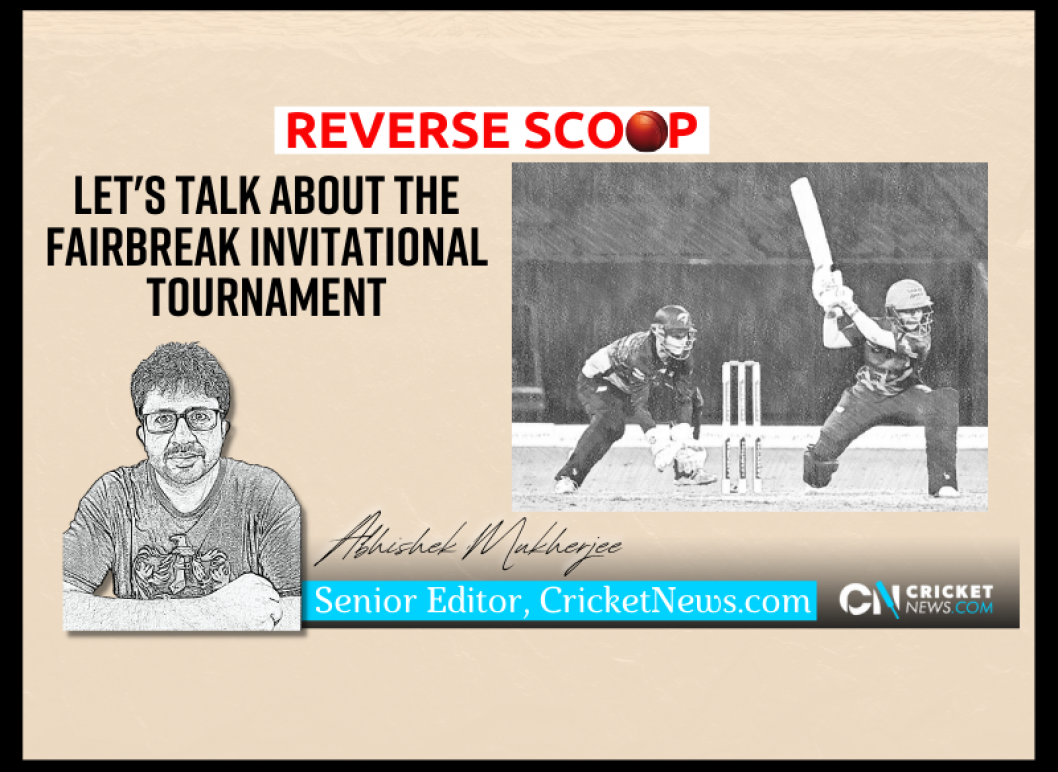 There is a tournament going on, right now, in Dubai, with cricketers from thirty nations participating. Barring the World Cups – or, of course, its Qualifiers – no other tournament can boast of representatives from as many countries.

Let us talk about this for a bit. For centuries, cricket has been run by men from a handful of countries. Indeed, until about 150 years ago, the sport was largely restricted to one gender – men – from one country – England.

Australia provided some rivalry, but until the World Cups came into being, only seven countries were eligible to play international cricket. And in a sport run by men, women’s cricket seldom got the leverage it deserved.

The World Cups – Women’s, Men’s, and Under-19, in that order – helped spread the sport, but cricket largely remained restricted to the Test-playing nations, for they were the only countries where a group of youngsters could take up cricket as a sustainable profession that would last them beyond their retirement days.

That changed with Twenty20. The three-and-a-half-hour matches allowed semi-professional cricketers to stick to their day jobs and play cricket in the evenings or on weekends. And in some countries, the pay was substantial enough for them to quit their jobs.

The other advantage was inclusivity. Earlier, one did not have a chance to make it big in cricket if they did not qualify for a Full Member side. By the late 2010s, Rashid Khan of Afghanistan and Sandeep Lamichhane of Nepal were making more money than some Test cricketers. Tim David of Singapore soon joined the fray.

However, despite the advent of the Women’s Big Bash League, the Super League, and – the most inclusive of them – The Hundred, Women’s cricket was largely left behind, as were the Associate Nations.

The six-team FairBreak Invitational Tournament 2022 – the first but almost certainly not the last of its kind – addressed both problems in one go. Not only did the women come into limelight, the tournament features cricketers from Associate Nations, not merely as token representation but in abundance.

And when these cricketers return, having spent time and learnt from some of the finest in the world. they will have stories to tell back home. The next cricketing superstar, or even the next superpower, may emerge from what is an Associate Nation today.

That makes FairBreak and its attempt unique. That also makes it worth watching, for we have never seen a cricket tournament of this magnitude.