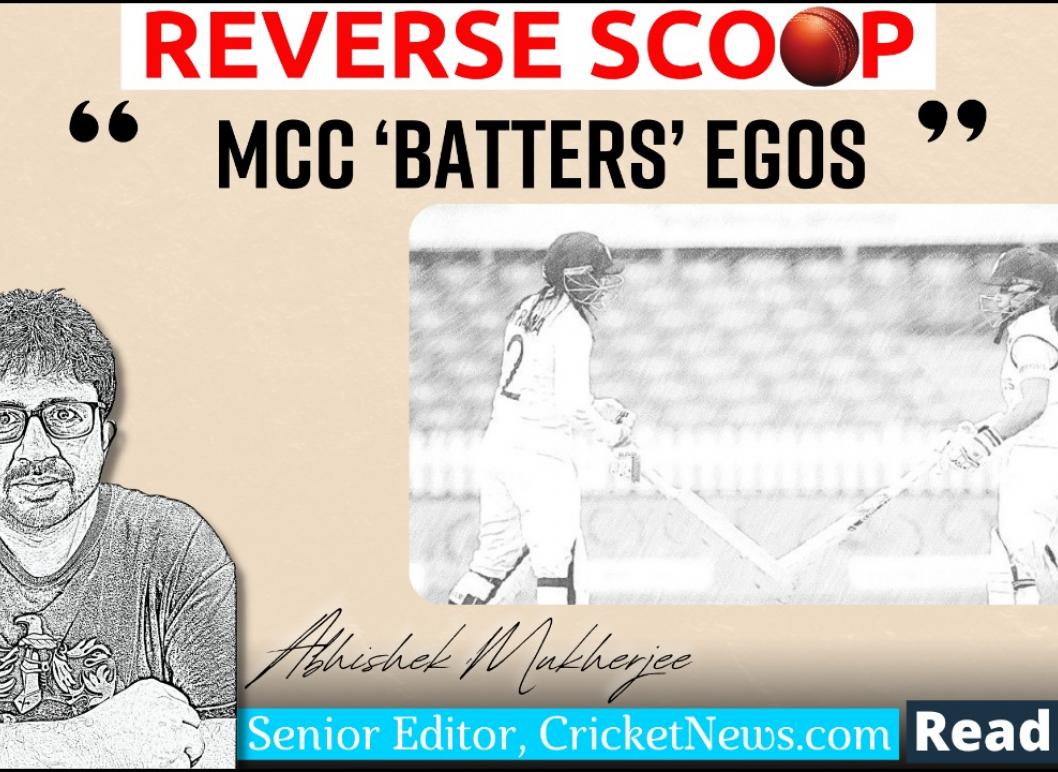 Last week, the MCC replaced the words ‘batsman’ and ‘batswoman’ throughout the Laws of Cricket with the gender-neutral ‘batter’. One expected this innocuous, necessary change towards the right direction – one that Cricketnews, among other websites, had adopted some time ago – to be welcomed.

Instead, it caused unexpected ripples across the cricket fraternity, drawing criticism from senior writers as well as fans. The points of protest have been various, the most significant being a curious assault on the ‘rich cricketing tradition’.

The cricketing tradition is a confusing thing. When we refer to it, we often picture the ‘Gentleman’s Game’ played in white flannels on lush green meadows, a few quiet applauses from a Victorian crowd accompanying the occasional boundary.

In reality, until the late 19th century, cricket used to be a betting sport, similar to horseracing or cockfighting. Matches were played in coloured attire, often in front of enormous crowds erupting in violence if they incurred financial losses. The teams (sometimes one- or two-member) were often privately owned franchises.

Cricket has departed from that ‘tradition’ long ago.

But even if that had been ‘traditional’ cricket, ‘batsman’ was hardly part of that anyway. The early laws of cricket use the word ‘striker’, not ‘batsman’.

There is another problem, that of ‘batter’ being reminiscent of cakes and fried fish, or even the baseball equivalent. Some have even accused ‘batter’ of being a violent word. In the last case, it is because ‘’bat’ and ‘batter’ have the same root. The cricket bat, is after all, used to hit the cricket ball.

To sum up, there is a problem with ‘batter’ having synonyms or other usage.

It is interesting, for the same problem never occurred for run, wicket, over, stump, ball, wide, bye, pitch, bat, pad, maiden, dot, slip, gully, cover, point, off, on, leg, break, cut, pull, drive, glance… and, of course, cricket, all of which have usage outside cricket.

In other words, one of the two main issues raised against ‘batter’ is based on untruth; the other is a non-issue.

The other tongue-in-cheek comments are, of course, aimed at gendered cricketing terms like ‘third man’. The commentators addressed this superbly over the English summer, switching between ‘short third’ and ‘deep third’. Similar efforts are being made for ‘nightwatchman’.

The next point is more serious.

When it comes to gender, cricket has several issues to address. Women do not play enough Test cricket – or, indeed, any cricket. There is huge disparity in pay scales. Women’s cricket has had male coaches but not the other way round. And unless it is a position in women’s cricket, almost every key designation in global cricket is held by men.

Yes, there are pressing matters at hand, matters that will require more effort than a change of word.

But the word was updated in the Laws by the MCC. With cricket’s administrative headquarters shifting to Dubai and financial headquarters to India, the MCC’s role in cricket is now restricted to exactly that – the Laws. There is little else they can change.

Of course, there is little doubt that the MCC members’ gender ratio is far from ideal. While certainly better than the 1980s, when Diana Edulji asked them to have a change of name to MCP (for male chauvinist pigs), there is significant scope for improvement.

To many, that makes a change of word come across as tokenism. Whether there is truth in that is debatable, but there is little conflict between a holistic organisational revamp and the change to ‘batter’. Both can happen at the same time.

Which brings us to the final point – why not use ‘batsman’ and ‘batswoman’?

Exactly why cricket needs to use separate terms when one suffices for ‘bowler’, ‘fielder’, ‘umpire’, ‘scorer’, and more, is not very clear. What is clear, however, is the necessity of ‘batter’.

English vocabulary used to assume that only men can wield a cricket bat. Just like all gendered positions or professions, that needed to change.

Using ‘batsman’ and ‘batswoman’ would not have solved the problem but changed it to a similar one. If assuming one gender is the problem with ‘batsman’, the addition of ‘batswoman’ will restrict the lexicon to two genders. ‘Batter’ addresses that.

The introduction of ‘batter’, an overdue word that can solve a long-standing has not caused harm. Unless, of course, it is an ego so strong that it perceives any step towards inclusivity as a threat.