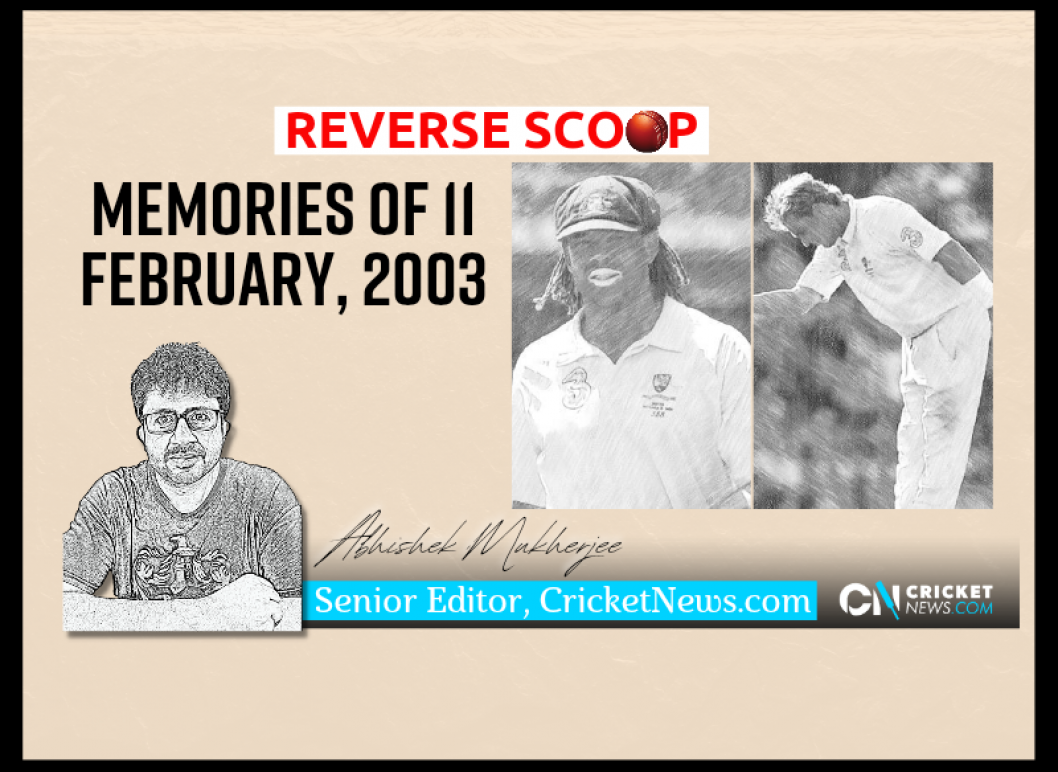 A revenge match was on the cards that day at the Wanderers. Four years after beating Pakistan in the final, Australia were up against them yet again at the World Cup. Australia were the favourites, but the Pakistan line-up – Wasim Akram, Waqar Younis, Shoaib Akhtar, Abdul Razzaq, Inzamam-ul-Haq, Saeed Anwar, Mohammad Yousuf, Shahid Afridi – was a roll-call of ODI champions.

The shock came not too long before the match, when Shane Warne tested positive for a diuretic, known as Moduretic. On his mother’s advice, Warne taken a prescription drug to treat hypertension, high blood pressure and fluid retention as well as weight reduction.

Warne would later break down in front of his teammates when Cricket Australia flew him home straightaway. He would serve a 12-month ban from international cricket.

But all that was for later.

At this point, Australia had to take field without the man who had been named Player of the Match in both the semi-final and the final of the last World Cup, the latter against Pakistan. This was their first World Cup match since then.

It was going to be difficult. Before everything, they needed a reasonable score, something never easy against Pakistan. Wasim got Adam Gilchrist in the third over. Matthew Hayden settled down before Wasim bowled him and Damien Martyn with consecutive balls, while a ball from Waqar Younis rose steeply to take Jimmy Maher’s edge.

Symonds had not been an obvious choice for the World Cup. In fact, with his cricket career not going anywhere, he had contacted the Brisbane Broncos: a gifted rugby player, he wanted to switch sport.

Waqar welcomed him with a bouncer.

Symonds took on Razzaq, the slowest of the Pakistan fast bowlers, hitting him for two fours in three balls. He lofted Shoaib over gully and cover-drove Afridi for fours. By the time Ponting fell for 53, Symonds had raced to 34, from 50 balls. Ten balls later he was on 52.

He exploded in the 35th over, dispatching Afridi four times to the boundary. The second fifty took him 32 balls, and he was not done yet.

The last three overs – two from Wasim, one from Waqar – went for 39. With seven wickets down, Symonds could not afford to get out. He hit Wasim for consecutive fours, then lofted Waqar and Wasim for enormous sixes. He eventually remained unbeaten on 143 from 125 balls.

It started on a day when a news of Warne came as a massive blow to fans. Symonds lifted them that day.

Who will lift us in the aftermath of the Warne tragedy now?