Reverse Scoop: No, Test cricket does not need a reserve day 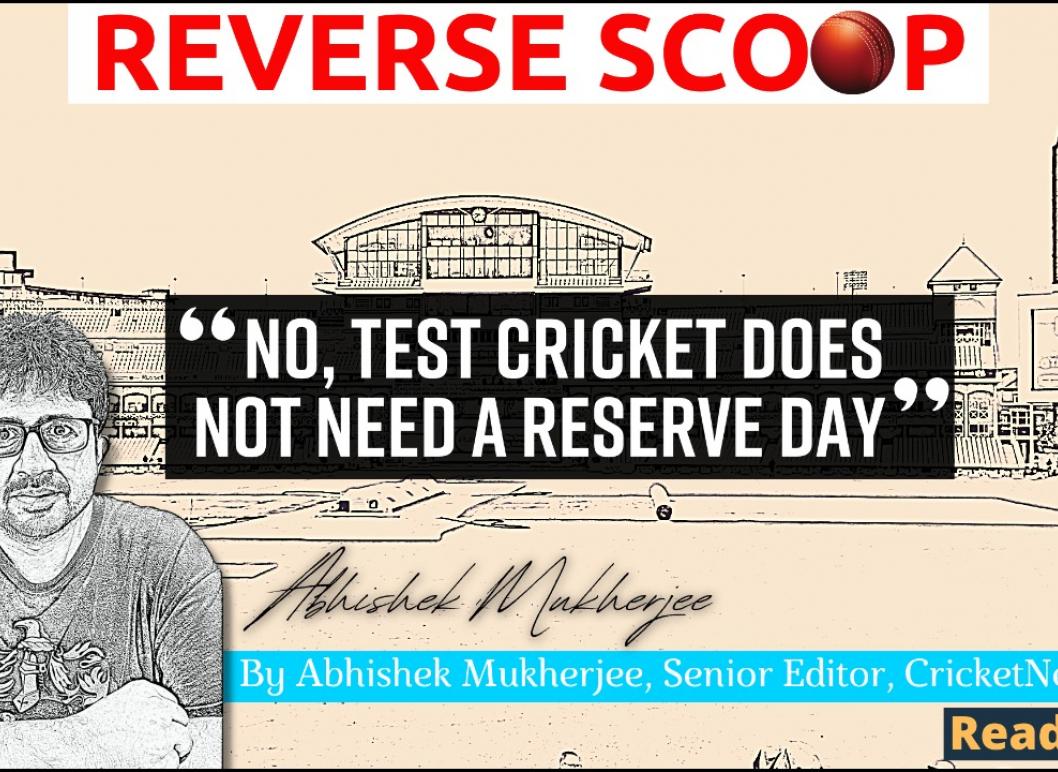 At first glance, nothing seems to be wrong with India’s two Tests of the summer, against New Zealand at the Hampshire Bowl and against England at Trent Bridge. After all, the first yielded a result, and the second probably needed two sessions – or perhaps less – of cricket to yield one.

Here, however, is a statistic: only 560.4 overs were played across the two Test matches. That is a little over six full days, out of a maximum of 11 days allotted to them. There is little doubt that the World Test Championship would have been shared, had there been no reserve day; and a sixth day was likely to have yielded a result at Trent Bridge as well.

So, does Test cricket need a reserve day?

While there is more Test cricket being played these days, there is little doubt over the dwindling interest, especially if the matches do not involve at least one of India, England, and Australia. The empty stands predate the advent of Covid-19.

The ICC took two significant measures to address that. First, they introduced day-night cricket, bringing the evening audience into play. The pink ball is still a novelty, which adds to the attraction.

Secondly, they introduced the World Test Championship, which makes almost every bilateral Test series relevant. An Indian supporter is now likelier to follow New Zealand’s tour of West Indies in the early hours of the morning than before, for the outcome of the result is of interest to India.

But even then, the idea of a contest running for five days does not seem very appealing to most. After all, it is too easy for the fans to switch to one of the thousands of web series: how to make Test cricket crisper, not for the captive audience but the casual viewer?

The idea seems to have been shelved amidst the pandemic. Instead, they added a reserve day to the WTC final when rain seemed likely – though, to be fair, the occasion probably merited that.

But now, after rain washed out the fifth day of the Trent Bridge Test, we find ourselves asking, does cricket need a reserve day? What do the numbers say?

The table provides the percentage of draws over a period of just over the fifty years. As is evident, the number of draws has been on a steady decline, dipping to almost half of what it used to be between 2005 and 2009.

This can be explained by the improving bowling strike rates. In the 1970s, a wicket fell every 76 balls, which meant that less than 30 wickets fell in the first four days of a Test match (denoted by WTD on the table). Between 2015 and 2020, that count dropped to 60 – in other words, 36 wickets in four days.

Let alone five days, the average Test match got over inside four days in the 2015-20 period. Even scrapping an entire day is likelier to produce a result than not, for bowlers are taking wickets more frequently than before.

An extra day per Test match, while an interesting idea, seems not only unnecessary but counterproductive as well, for it will wreak havoc with the itinerary on the shorter tours of the era. Besides, what if the reserve day is washed out as well? Do we return to the era of timeless Test matches?

Until the Second World War, all Test matches on Australian soil were ‘timeless’: they had to be played to a finish, irrespective of a result. England, the West Indies, and South Africa adopted this as well, but not always.

The last timeless Test match was played in Durban in 1938/39, between South Africa and England. The match lasted 12 days, and had to be brought to an end only because the Englishmen had to catch the boat home.

Surely cricket does not want to return there.

It is unfortunate for Indian fans that both their Test matches in the English summer have been hit by rain. However, given the steep decline in the percentage of draws, these two matches can be written off as exceptions, not a rule.