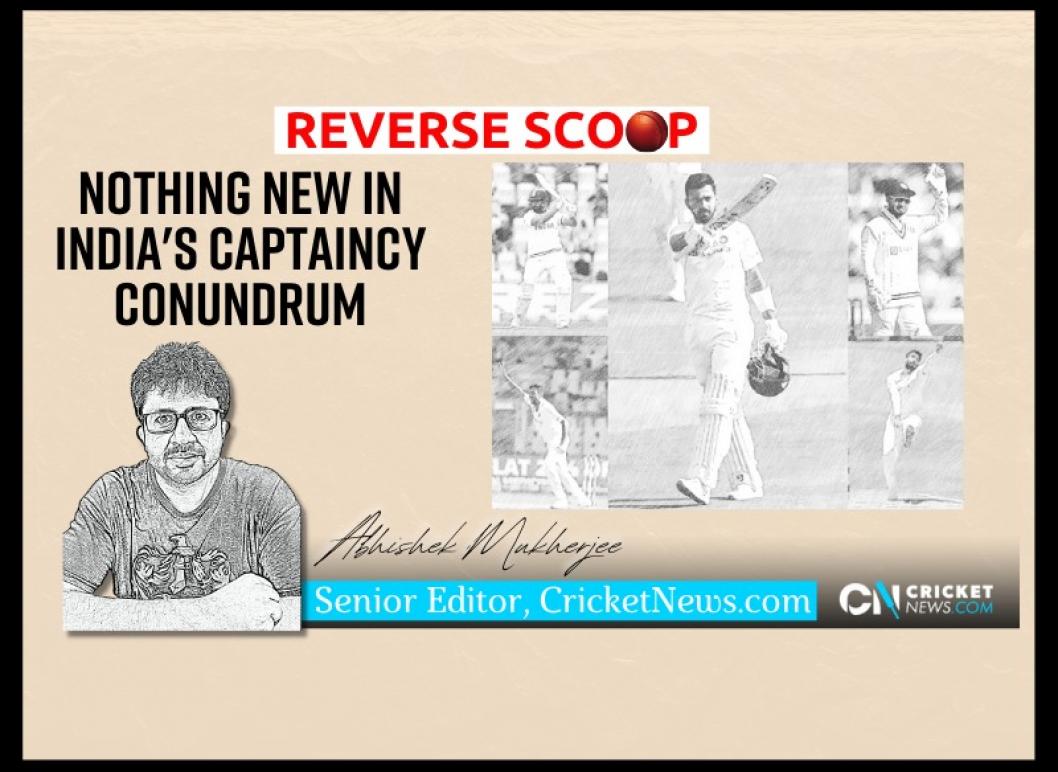 Before Independence, the BCCI was as amateurish in their operations as any cricket board in its initial days. The royal families, proud to be associated with a British pastime, were the initial sponsors. As a result, they also called the shots. For a chunk of the 1930s, Indian cricket can even be summarised as an elaborate political battle between the Maharaja of Patiala and the Maharajkumar of Vizianagram.

The royalty remained important after Independence, but the ‘commoners’ rose to prominence as well. India’s first four tours to England were led by representatives from the royal families of Patiala (1911, no Test matches), Porbandar (1932), Vizianagram (1936), and Pataudi (1946).

Vijay Merchant, a ‘commoner’, was named captain of India’s first tour after Independence, in Australia in 1947/48, in stark contrast with earlier days. When Merchant pulled out, they appointed Lala Amarnath, another ‘commoner’. The transition was not a coincidence.

In the 1950s, Amarnath (15 Test matches as captain) and Vijay Hazare (14) had relatively long stints, but there was no long-term plan. Once they retired, Indian cricket kept going from Vinoo Mankad to Ghulam Ahmed to Polly Umrigar, sacking them for no obvious reason.

Then came the ill-fated home series of 1958/59 against the West Indies, when India had four captains – Umrigar, Ghulam, Mankad, and Hemu Adhikari – for the five Test matches. None of the four wanted to lead. A desperate Umrigar broke down in his hotel room after the selectors persisted. Mankad was coerced by the selectors in the toilet. Adhikari was summoned from his army post in Dharamsala.

Datta Gaekwad, related to the royal family of Baroda, became India’s next captain, on next summer’s England tour. He missed the second Test match, so Pankaj Roy led, making it six captains in seven Test matches!

When India returned home, G.S. Ramchand got the nod. He became the first captain to lead India to a win against Australia, but was replaced after that series by Nari Contractor, who led them to their first series win against England.

Just when it seemed India had found their first stable captain in Contractor, he was felled by a career-ending bouncer from Charlie Griffith on the 1961/62 West Indies tour. The BCCI addressed this by doing what they had done several times in the past, particularly on tours: they turned to royalty.

M.A.K. Pataudi assuming responsibilities mid-tour, becoming the youngest ever Test captain. He also became the first to lead India more than 15 times in Test cricket – in fact, he captained them 40 times. For the first time in their history, India had a long-term captain and, as a result, a vice-captain, in Chandu Borde, seven years older than Pataudi.

However, Borde was dropped (for good) after 1969/70, the same season after which Pataudi was sacked. Ajit Wadekar was appointed captain and S. Venkataraghavan his deputy. But when Wadekar was – unfairly – sacked and dropped, they re-appointed Pataudi, with Sunil Gavaskar as his captain.

There was some confusion when Pataudi and Gavaskar both missed the 1974/75 Test match against the West Indies. Until the day before the match, no one knew who would lead India. Venkat and Farokh Engineer were both potential candidates. Eventually, amidst much confusion Venkat led.

But when Pataudi retired, Bishan Bedi became India’s new captain and Gavaskar vice-captain. About a decade after the Pataudi-Borde age, things finally seemed stable for a while. Gavaskar became captain once Bedi retired. In 1979, Venkat was appointed and sacked (it is difficult to say which was the more abrupt of the two decisions). The mantle returned to Gavaskar after Gundappa Viswanath led in two Test matches.

Stability returned after Kapil Dev’s phenomenal ascent. Gavaskar and Kapil kept replacing each other in the first half of the 1980s. By then, Ravi Shastri, earmarked as the next captain, was a clear third in line. Then, somewhat against unexpectations, the selectors made Dilip Vengsarkar vice-captain for the 1987 World Cup, Kapil’s last stint as captain. Vengsarkar got the nod after the tournament. Shastri remained vice-captain.

Incredibly, Shastri led India only once, at Madras in 1987/88, when he led them to a famous Test match win against the West Indies. He remained a constant as deputy as Vengsarkar made way for K. Srikkanth and then, with only four matches of leadership experience in First-class cricket, Mohammad Azharuddin.

By the early 1990s, Sachin Tendulkar had established himself as the second in line. It was only a matter of time before he led India. That happened when Azhar was sacked in 1996. The baton returned to Azhar in 1998, but Tendulkar was re-appointed in 1999. This time Anil Kumble, with almost a decade’s worth of Test cricket under his belt, was vice-captain.

However, for the disastrous home series against South Africa, the selectors replaced Kumble with Sourav Ganguly. Tendulkar resigned immediately after the Test series, and Ganguly took over, with Rahul Dravid as vice-captain.

The two men, still relatively young, had debuted together, and seemed set for a few years. When Ganguly was dropped for poor form, there was no doubt regarding Dravid’s succession. Virender Sehwag became vice-captain.

However, as Sehwag lost form, the selectors appointed V.V.S. Laxman as Dravid’s deputy for the 2006/07 tour of South Africa. And after the 2007 World Cup debacle, Tendulkar, having stayed away from leadership roles since 2000, returned as vice-captain.

One of the most significant moments of Indian cricket later that year. With Dravid resigning and both Tendulkar and Ganguly opting out, M.S. Dhoni led India in the 2007 T20 World Cup. Despite his success, however, the selectors felt it was too soon to burden him with the responsibilities across formats. Anil Kumble, who had retired from limited-overs cricket, led India after playing Test cricket for 17 years. However, there was little doubt that it was a short-term solution, and Dhoni would take over.

Kumble retired mid-series, during the 2008/09 home series against Australia. Dhoni took over. With Tendulkar, Dravid, and Laxman all in the last legs of their illustrious career, Sehwag returned as vice-captain, while Yuvraj Singh assumed the role in limited-overs formats. Both were soon replaced by Virat Kohli.

By the time Dhoni retired, there was little doubt regarding his successor. By 2021, India had got used to the idea of Ajinkya Rahane and Rohit Sharma as the two vice-captains. Then a chain of events took place in quick succession.

Rahane lost form. His place in the XI came under threat. Kohli resigned as T20I captain and was sacked as ODI captain. Rohit led in T20Is. With Rahane’s place under threat, Rohit replaced him as Test vice-captain as well. Still, things did not seem too bad: Kohli to lead in Test, Rohit in limited-overs matches, the two men to play under each other…

But Rohit missed the South Africa tour with an injury. K.L. Rahul, whose place in the XI was in question a few months ago, assumed his role – and even when Kohli got injured. With Kohli resigning immediately after the tour, the selectors were left in a quandary, for the mantle has passed on from Rahane to Rohit to Rahul too quickly for anyone’s comfort.

Along with Rohit and Rahane (and perhaps Rahul), R. Ashwin, Rishabh Pant, Jasprit Bumrah, and even Shreyas Iyer – a man with two Test caps – have been named as potential candidates. At this point, it is not clear who the forerunner is. However, what is clear is that Indian cricket is back to a point where no one can say for certain who the next leader will be.

And that is seldom good news.