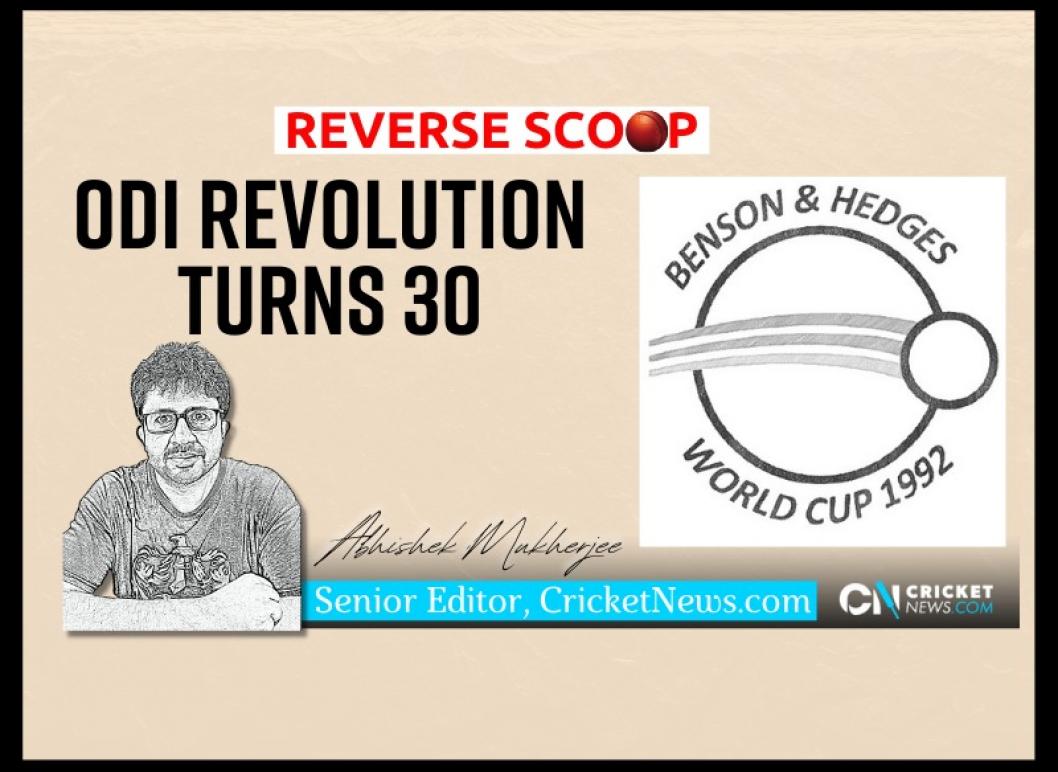 Throughout its history, cricket has witnessed contests whose impacts have transcended the domain of the series, going on to alter the course of sport forever.

The fifth World Cup, in 1992, will not seem out of place on this list.

The first three editions were all played in England, lasted 60 overs, had lunch and tea intervals. In other words, they were one-innings Test matches.

Then, in 1987, India and Pakistan won many a battle off the ground to pull tournament out of England. The matches were 50 overs now, with one break between the innings. A step closer to how ODIs are played today.

But the journey was far from complete.

Until then, international cricket was almost always played in whites. There was the occasional floodlit match, played in coloured attire and a white ball, but it was more of an exception.

When India hosted South Africa in 1991/92, the third ODI was a day-night affair at the Jawaharlal Nehru Stadium, a ground meant for football and track and field but not cricket. There were running tracks inside the boundary line. The first two ODIs, day matches, were played in white clothing. They switched to colours only for the third match.

Throughout the 1980s, Australia provided a stark exception to this. Their home summer typically consisted of a three-nation tournament, culminating in best-of-three or best-of-five finals. Some of these matches were played under floodlights, but all of them were played with a white ball, in coloured clothing.

The 1984/85 Benson & Hedges World Championship was an expanded version of this. It featured all seven Test-playing nations, split into two groups. Now, in the 1992 World Cup, with nine teams, one giant league, and 39 matches spread across Australia and New Zealand, the organisers decided to replicate the concept.

What better stage is there than a World Cup to implement an experiment?

It became an instant hit. Less than a decade later, India and Zimbabwe played the last ODI in white clothing.

But that was not the only revolution the 1992 World Cup had brought about.

It was also the first World Cup where two new balls were used. There was also a 30-yard circle, inside which only two fielders could be placed. To take use of the hard ball and field restrictions in the small home grounds, New Zealand captain Martin Crowe promoted Mark Greatbatch and Tom Latham to the top to slog.

To combat this, Crowe also used off-spinner Dipak Patel first up. The idea is still implemented, particularly in T20 cricket.

The first 15 overs, where batters were supposed to play cautiously, keeping wickets in hand, were suddenly the most productive.

Two years later, India promoted Sachin Tendulkar to the top. He retired as the leading ODI run-scorer by some distance.

In the 1996 World Cup, Sri Lanka used Sanath Jayasuriya at the top with devastating effect. Shahid Afridi arrived a year later. Adam Gilchrist was soon pushed to the top. ODI cricket was never the same.

ODI cricket had been in presence for over two decades before the 1992 World Cup, but it was a different form of the game. What we see today started taking shape in that edition.

And all that started on this day, 1992, when Crowe, in an ash-grey jersey, walked out to toss with Allan Border in yellow.