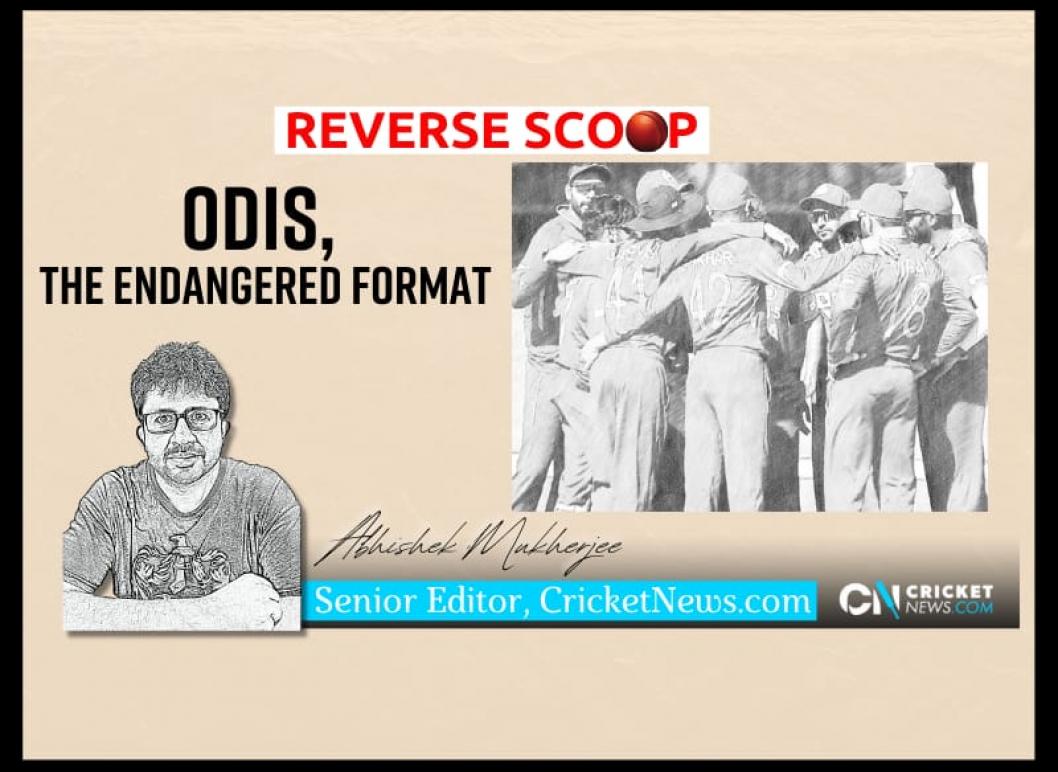 Back in the 1990s, One-Day Internationals used to be king. Following Australia’s footsteps, the world had taken to hosting fifty-over cricket under floodlights, sometimes as part bilateral series, but often triangular tournaments.

It was also the decade when the ODI World Cup featured coloured clothing and the white ball for the first time. Middle-order batters were promoted to the top, sometimes to slog, sometimes to play long innings. ‘Death bowling’ became a specialisation. Bats became heavier. Fielding scaled unprecedented heights.

Then, in 2003, Twenty20 arrived. And in 2008, the IPL, revolutionising cricket forever. The T20 World Cup, a more inclusive tournament than its 50-over counterpart, is also twice as frequent (if one ignores the ridiculous gap between 2016 and 2021).

Test cricket has felt insecure of its existence, as it had since the inception of limited-overs cricket. There is nothing new in that. That has been countered by every generation of cricket fans successfully convincing the next generation that Test cricket is the ultimate format.

Not so for ODIs. Thus, when T20 began to squeeze the two other formats for space in the international calendar, the traditionalists helped Test cricket weather the storm, leaving ODIs to fend on their own.

It was still manageable. The three formats coexisted. Then came Covid-19.

Tours became shorter, and more hectic. Mandatory quarantine periods ate into the lengths of the tours. The axe fell on ODIs.

A total of 71 ODIs were played in 2021, the first full calendar year since international cricket resumed after a global lockdown. Contrast this with 44 Test matches, a format 4.5 times as long as ODIs, or 333 T20Is, and the difference shows. One may argue that 2021 was a T20 World Cup year, which resulted in the high count of T20Is, but the franchise-based T20 leagues more than make up for that.

But the problem runs deeper than that. In 2021, 16 ODIs were played in Oman, five in the UAE, and two in Namibia – between Associate Nations and the two newest Full Members, Afghanistan and Ireland. These amount to almost a third of the 71 ODIs played in the year.

India and Pakistan, the teams whose cricket generate most revenue, were among seven nations to play six ODIs each (the others were Nepal, USA, Netherlands, Scotland, and Zimbabwe). Australia and New Zealand played three each, England and the West Indies nine, and South Africa 10. In contrast, Ireland played 15, Oman 10, and Papua New Guinea eight.

In other words, the ‘big’ teams had been reluctant to play ODIs during the year. Only 32 out of 71 ODIs featured at least one of the eight oldest Full Members – England, Australia, South Africa, West Indies, New Zealand, India, Pakistan, and Sri Lanka.

Only seven ODIs between these sides were scheduled since July. Of them, the three in Sri Lanka (against South Africa) happened; the three in Pakistan (against New Zealand) were called off; and the one in South Africa (against the Netherlands) had to be abandoned.

There is little doubt that 2022 will be a better year for ODIs, more so because the 2023 World Cup does not seem that far away. Ireland have already begun their year on a high, beating the West Indies in their den.

However, it cannot be denied that 2021 was an ordinary year for ODIs. To make things worse, very few – boards, cricketers, fans – actually lamented the decline. The two Kookaburra balls tilt the balance, some say. Some point out that the fun part of an ODI innings – overs 1-10 and 41-50 – are essentially 20 overs per innings, something the T20 already provides without the 30 overs of tedium.

There is little doubt over ODIs still having a loyal fanbase, but that count is receding fast – to the point ODIs are unlikely to be missed in near future.

Unless they come up with drastic changes. Granting ODI status to more teams may be a natural step forward. It had made T20 more popular.