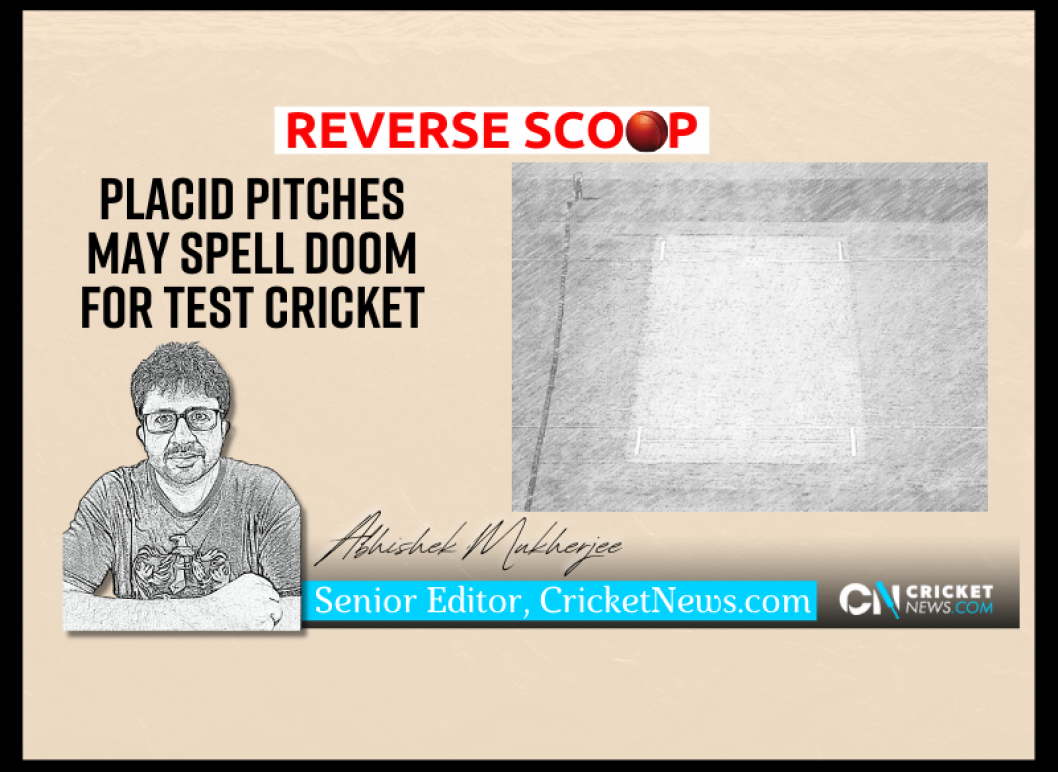 Less than a year after playing an intense, criminally brief Test series, West Indies and Pakistan seem to be involved in a Test duel of a different sort, that of producing the most benign of pitches. Rawalpindi and Antigua yielded snooze-fests, and even Karachi and Bridgetown – traditional fortresses of the respective home sides – were little better.

Naturally, this has drawn some criticism from the cricket fraternity, even from the likes of Geoff Boycott, who once scored a double hundred – 246 not out in 555 balls against India in 1967 – slowly enough to get dropped from the next Test match despite an England win.

A counterargument can easily be prepared. Dull, drab draws were among the reasons behind the rise of limited-overs cricket in the 1960s (at domestic level) and in the subsequent decades (at international level). Since 2010, draws have reached an all-time low.

Unfortunately, this is not the 20th century, when only nine teams played international cricket on a regular basis, so a boring Test match had little competition barring – in most cases – a triangular tournament featuring three teams from the same group of nine.

The 21st century has changed all that, with Twenty20 cricket. The format, being the fastest, naturally draws more crowd, leaving Test cricket far behind in terms of popularity. The unprecedented astronomical sums dished out by media houses to acquire IPL television rights is testimony to that.

Not only does Twenty20 feature fours and sixes at far greater frequency than the longer formats, but wickets fall more often as well. If the viewer misses out on a ‘moment’, the next – unlike in Test cricket – is never far away. On a busy day, if they tune in for an hour, they seldom have to wait for entertainment.

Test cricket’s triumph – unlike that of Twenty20 – lies in sessions. It is an acquired taste where the viewer needs to invest time. The staunchest fan of Test cricket will not mind watching half an hour of superb bowling, of ball beating bat or finding the edge, or of a batter surviving through superb application. The hour may not yield wickets or boundaries, but it is a reasonable return.

Unfortunately, a placid pitch takes that out of the equation. The contest does not remain equal anymore. One may argue that it is the same for bowling pitches as well, but on turning or seaming pitches, a wicket – an event that can happen at most 40 times across five days – happens very frequently. Flat pitches are eventless, and of little attraction in the contemporary world.

One may argue that flat pitches have always been there. While that is true, only recently has the sport broken away from its universally accepted highest level – international cricket. Franchise-based cricket is not merely an alternative for the fans to switch to: it is, in fact, the preferred option for most.

With other sports and OTT platforms also providing contest like never before, Test cricket needs to keep evolving – or, at least, retaining itself – as a form of entertainment. A step backward may be detrimental.