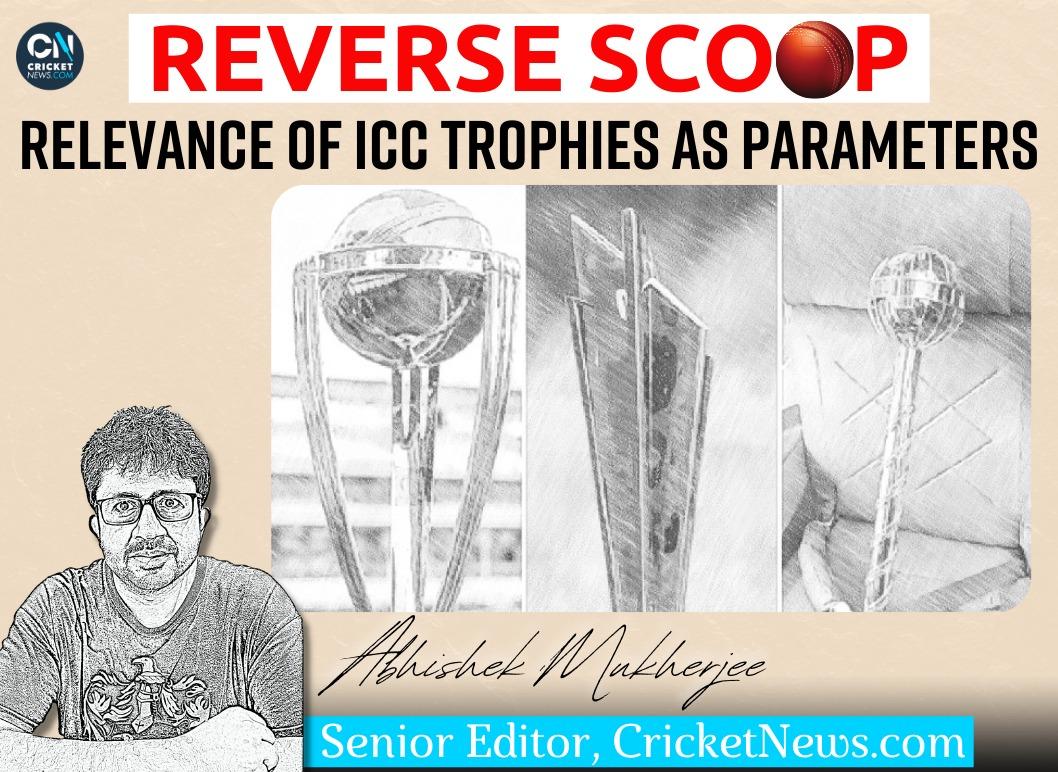 Throughout the 1980s, the great West Indian side – led by Clive Lloyd and, later, Viv Richards – demolished every side that dared to cross their path. They won 43 Test matches and lost only eight, and did not lose a single Test series in the entire decade.

For perspective, they had a win-loss ratio of 5.375. Pakistan, the second-best side and the only side that put up a fight of any sort against them, had 1.769.

In ODIs, the numbers look less absurd, but they still had a ratio of 2.652 (122 wins, 46 defeats). No other team had even 1.2. That made the West Indians better than twice as good as any other international side in the 1980s.

The ICC did not organise tournaments in that decade (the first ICC World Cup was in 1999). Throughout the 1980s, there were only four tournaments that featured six teams or more: the two World Cups, in 1983 and 1987; the Benson & Hedges World Championship of Cricket in 1985; and the MRF World Series Cup (Jawaharlal Nehru Cup) of 1989.

West Indies lost in the final of two of these, in the semi-final of one, and did not make it past the league stage in the other.

In other words, despite being the undisputed champions of world cricket, they did not win a major tournament in that decade.

West Indies are not alone in this. South Africa (ratio 1.803) were the best side of the 1990s, though their dominance was not as absolute (Australia had 1.728). South Africa won the inaugural Champions Trophy, in 1998, but were knocked out at the knockout stage in three different editions of the World Cup.

By the turn of the new millennium, they had already earned that ridiculous ‘chokers’ tag.

In other words, two of the dominant limited-overs sides were not great at winning major tournaments.

The Australians of the 2000s were, of course, one of the greatest sides in history. Despite the brief end-of-decade slump, they still maintained a ratio of 3.06 in ODIs when South Africa’s 1.825 was the next best.

And yet, while they won two World Cups and two Champions Trophies, even they failed to win the Champions Trophy in 2000, 2002, and 2004. They did not win the T20 World Cup either (they still have not).

While it is seldom pertinent to combine formats, one must remember that in the 2000s, most sides approached ODIs and T20s in the same way. Asking rates of 10, even over a 10-over span, were still considered astronomical.

India have won only two ICC Trophies over this time. At the risk of combining three formats, they have played eleven.

If this seems a low number, it must be mentioned that West Indies and England are the only other teams to have done that.

But have India really had an ordinary show in the larger tournaments?

Consider the 2015 World Cup, for example. India, Australia, and New Zealand had both lost exactly one match. In Australia’s case, their only defeat came in the league stage.

In the 2019 World Cup, where every side played every other side, India lost two matches – the fewest for any side.

Across the last two editions, they have won 14 matches and lost 3 – in other words, a ratio of 4.667. Australia and England, the two World Champions, stand at 3.5 and 1.285 respectively. Despite making it to both finals, New Zealand are at 3.5.

In other words, India did significantly better than any other side in the World Cups. They lost the fewest matches – but the wrong matches.

Despite being the best side across the two World Cups, India did not win either – because they had one bad day per edition.

Just like the great West Indian and South African ODI sides of the 20th century.

South Africa’s case seems particularly harsh. They had won all five matches in the league stage in 1996. In the quarter-final, they met a struggling West Indies, who had lost to Kenya not too long ago. A characteristically dazzling hundred from Brian Lara undid South Africa’s hard work in the matter of hours.

It remained South Africa’s first defeat of the tournament. And the last.

Three years later, the margin was closer. Their semi-final against Australia, arguably the greatest ODI in history, was also the first tied match in World Cup cricket. Australia went to the final because they had beaten South Africa in the Super Sixes.

Two examples of an all-time great ODI team faltering in a World Cup.

The reverse happened in 2003. Kenya beat Sri Lanka and got a walkover from New Zealand, while the South Africans miscalculated the Duckworth-Lewis par score. Since Sri Lanka and New Zealand also qualified for the Super Sixes, all Kenya needed to do to reach the semi-finals was beat Zimbabwe.

An example of a not-so-great ODI team doing well in a World Cup.

There is little doubt regarding the significance of ICC tournaments. They attract large global audience, making them financially lucrative to the sponsors.

The childhood dreams of almost every cricketer feature holding the World Cup aloft.

The tournaments invariably involve long league phases, followed by a short burst of knockout matches. That makes sense commercially, for no spectacle in sport is as grand as the final of a global tournament.

However, the moment two teams reach the final, whatever they had done in the tournament – or over years – becomes insignificant. A team might have had several ordinary years and had done just about enough to reach the World Cup final, but they enjoy same footing as a team that has shown sustained consistency.

In other words, the teams that win the World Cup are the ones that finish the tournament well – an occurrence that may depend on luck. They are not necessarily the best sides.

Probably not the best method to evaluate teams, then.