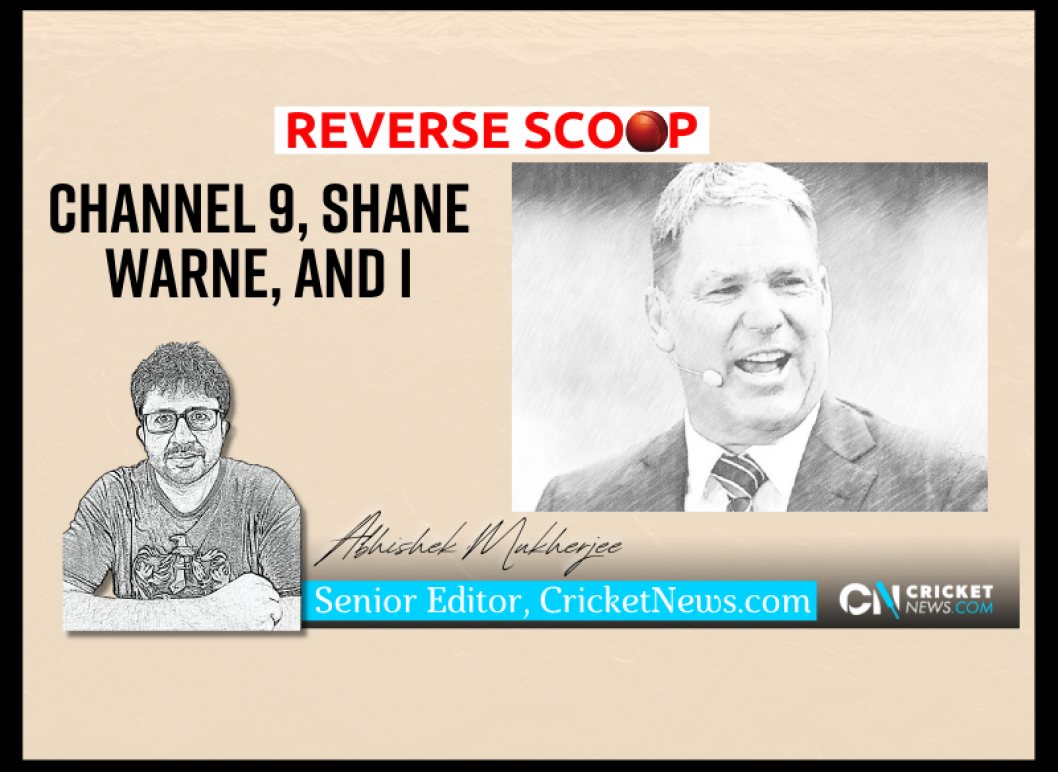 There was no cable television in our household when Shane Warne played his first Test match. Telecast of Test cricket outside Asia was largely restricted to one-hour highlights packages on Doordarshan. The blond debutant leg-spinner who got thrashed by Ravi Shastri and Sachin Tendulkar did not have an impact on me.

But the Ball of the Century did make it here, a nation still coming to terms with growing economy, satellite television, live international cricket, and top-quality packaging of the game. Over years, replays of the ball (a hundred times on screen, about fifty times that in my mind) convinced me of two things.

As an aspiring leg spinner, I realised that I would never attain a level remotely close to Warne’s.

And secondly, I should not miss any opportunity to watch the man bowl.

The problem was, matches in Australia – with the exception of Perth – began not after half past five. You could not knock on someone’s door at that hour. If you did not have cable television at home, you were doomed. Of course, Australia toured, but they played half their matches at home…

I saw some of Warne here and there. He played in the Austral-Asia Cup of 1994 in Sharjah (and was duly thrashed by Vinod Kambli). He did well in the 1996 World Cup, against India, and in the semi-final against the West Indies.

But my real sighting of Warne came with the advent of cable television.

By then spin-vision had arrived. The camerawork we taken for granted today was new technology back then.

Watching Warne on Channel 9 was an experience life had not prepared me for until then.

Immediately after he was done with his wizardry, they showed the replays in slow motion. As the camera zoomed in, I could watch the stitches, almost count them, and see the ball spin.

The last bit needs to be explained. I do not mean a a long-distance shot of the entire trajectory but every rotation of the ball.

Then the ball would drift away, often dangerously, towards leg.

Then it would land.

There would be a speck of dust. Not a puff of dust you see in the subcontinent but a tiny speck not noticeable to the bare eye. You needed advanced camera for that.

And then it would turn.

He would land ball after ball wherever he wanted, then turn the ball in whichever direction and to whatever extent he wanted.

But that was not all.

There would be Richie Benaud, Australia’s last legendary leg-spinner behind the microphone, explaining Warne’s devious plans to us mortals.

There would be someone at the other end, of course. Damien Fleming. Jason Gillespie. Andy Bichel. Brett Lee. Stuart MacGill.

And the biggest of them all, Glenn McGrath.

But McGrath’s brilliance was of a different genre. Metronomic precision evokes awe and respect, as it should.

Warne, on the other hand, was a wizard. And Channel 9 would make him even more magical.

Why else would I wake up at five and remain half-asleep if Australia bowled and watch on for the first forty-five minutes or so, half awake, half asleep?

I would be stirred into full consciousness only when the cricket was paused by the only-too-familiar cheer.

Every time that happened, I would rub my eyes and sit up straight. There he was, on screen, my hero, adjusting the field ever so little bit, the crowd cheering loudly even before he had bowled a single ball… for they knew something that Mike Gatting did not: you cannot afford to miss even the first ball he bowled.