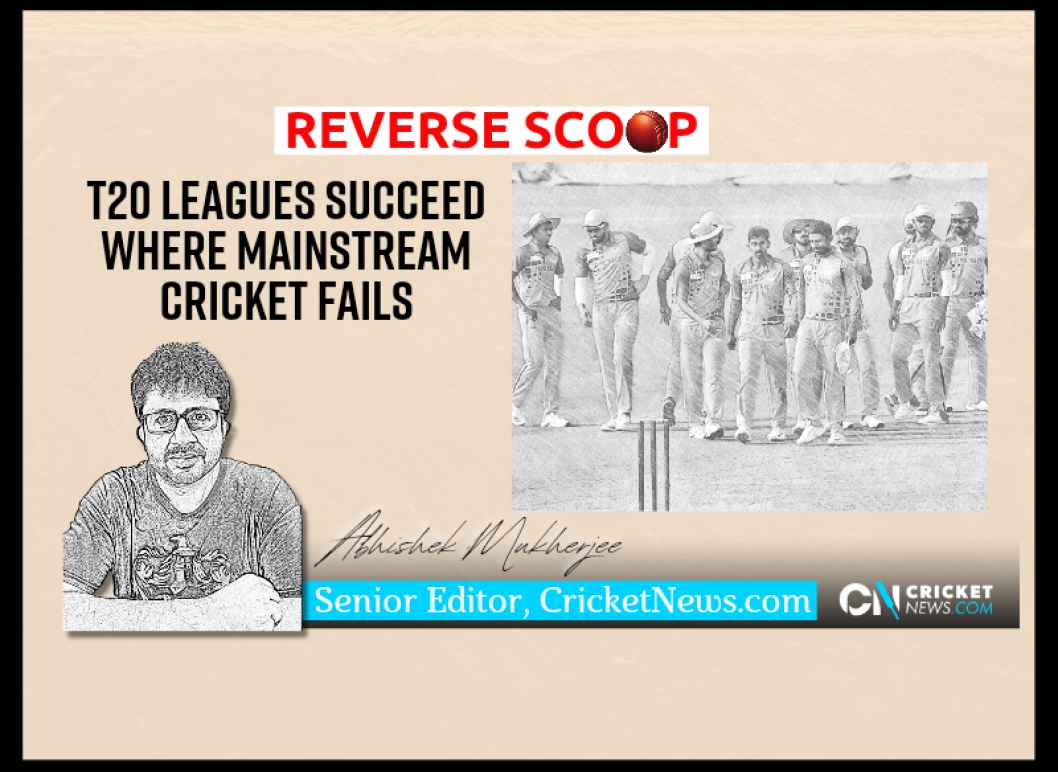 The two-year ban on Chennai Super Kings, in 2016 and 2017, resulted in Tamil Nadu, particularly Chepauk, being deprived of its usual quota of ‘high-profile cricket matches’. To fill the void, and to tap T20 talent from the districts, the Tamil Nadu Premier League was launched in 2016, with eight teams.

But the TNPL is not the oldest intra-state cricket league in India. The Karnataka Premier League started way back, in 2009/10, and the Odisha Premier League in 2011. Gujarat, Maharashtra, Rajasthan, West Bengal, Kerala have all had their leagues at some point or the other.

However, there is little doubt that the TNPL (with the highest prize money) and KSCA (the oldest, with most cricket) are the most high-profile of the two.

It is not a coincidence that Tamil Nadu have made it to the last three finals of the Syed Mushtaq Ali Trophy, winning the last two editions. They lost to Karnataka in the final of 2019/20 and beat them in 2021/22.

But there is more. This time, Tamil Nadu made it to the final without Ashwin, Vijay, Karthik, Washington Sundar, Varun Chakravarthy, and T. Natarajan, while Karnataka did not have K.L. Rahul, Mayank Agarwal, Krishnappa Gowtham, and Devdutt Padikkal.

In other words, both had enough top T20 cricketers even without requiring some of their major stars.

In fact, Tamil Nadu’s champion side featured cricketers from eight districts (and one from Kerala). Only three came from Chennai.

Karnataka had started the procedure long ago. Back in 2001, they had launched their Talent Development Research Wing – an idea of eminent journalist Makarand Waingankar, at that point a consultant with them. The idea was to reach out beyond Bengaluru, into the districts.

It worked so well that the BCCI themselves adopted the concept next year, reaching out beyond the traditional powerhouses of Indian cricket. The most significant find of the TRDW was Dhoni. Others include Suresh Raina, Piyush Chawla, R.P. Singh, Irfan Pathan, and S. Sreesanth.

If the TRDW started the process, the IPL franchises took it to the next level. Swapnil Asnodkar, Shadab Jakati, and Kamran Khan faded out, but Hardik Pandya and Jasprit Bumrah achieved stardom, and Umran Malik made the world take notice.

All of them would probably have had reasonable careers, but IPL made them superstars. Bumrah or Pandya are undoubtedly talented enough to have played international cricket – but the IPL fast-tracked them. At the IPL they got to showcase their talent against the best in the world, something Indian domestic cricket, almost always devoid of major international stars, seldom provides.

All of them managed to successfully cut through the conventional career path of an Indian cricketer. Indian cricketers of the past would have had to play domestic cricket for years. At times their growth would be stalled by playing for a relatively low-profile side.

The leagues challenged this system. Chakravarthy or Natarajan could, thus, shine at the TNPL, find an IPL contract, impress the world, and debut for India at 29. At 42, Pravin Tambe could impress at the nets, play for Rajasthan Royals, and then make his Ranji Trophy debut, for Mumbai.

The league owners do not care where a cricketer is from, or how old they are, or about their stature. All they care for is whether they get their money worth from the cricketer they pick, irrespective of geography or age.

They do not even hesitate to fill up overseas slots with cricketers from Afghanistan, the Netherlands, Nepal, Singapore, or the USA.

The leagues are often criticised for ‘killing cricket for money’. In reality, they have challenged the decades-old system of Indian cricket like never before.