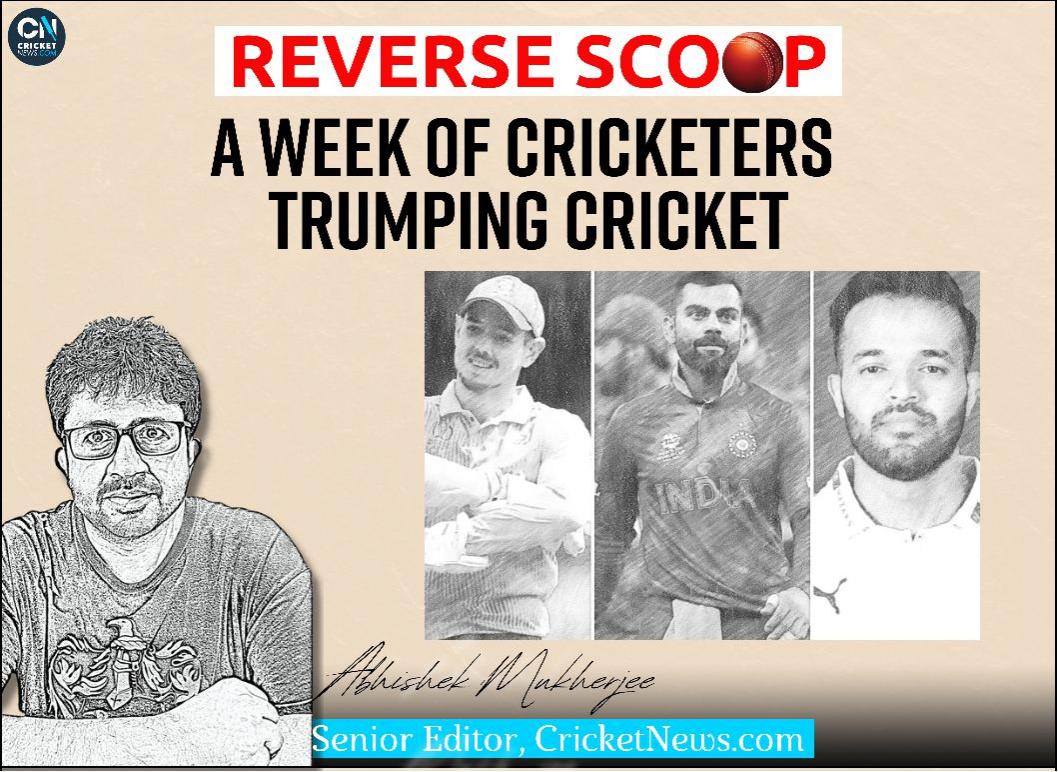 Last week, three incidents off the field pushed even the World Cup to the backseat.

Cricket South Africa issued a directive on the day of South Africa’s match against the West Indies, asking every South African cricketer to take the knee to demonstrate their support for the Black Lives Matter movement.

Quinton de Kock pulled out of the match. CSA later clarified that the two incidents were linked.

The course of events divided the cricket fraternity, who raised the by-now-familiar arguments of personal choice. There is, of course, some merit in the argument of an individual’s rights to be not part of a protest.

But then, no one took de Kock’s rights away that day. Stepping down from the match was a conscious choice he made.

De Kock is not an ordinary person. He is not even an ordinary cricketer. He is the biggest name among the white cricketers who played for South Africa that day. He was playing alongside coloured teammates, for a country banned for two decades for a horribly racist government, against a team predominantly composed of black cricketers.

On that day, no other cricketer’s decision to not take the knee would have been as relevant.

Things might have gone further downhill, but de Kock issued an apology a day later, and featured in South Africa’s next match, against Sri Lanka.

But that was not the only thing that happened last week.

Pakistan thrashed India by 10 wickets at the World Cup. In another era this might have led to effigies being burnt. In 2021, fans resorted what they are best at – they spewed verbal venom on social media.

As expected, the comments crossed morally permissible boundaries. Some, however, even beyond familiar the territories of abuse.

Some abuses hurled at Mohammed Shami were not about his performances but his religion.

In the press conference ahead of India’s next match, against New Zealand, Shami’s captain Virat Kohli tore into the abusers. In an uncharacteristically long monologue, he called them ‘spineless’. He called their act of attacking Shami’s religion the ‘most pathetic thing a human being can do’ and the ‘lowest level of human potential one can operate at’.

No speech by an Indian captain has been as powerful.

It divided the cricket fraternity, particularly the Indian fans. It convinced the otherwise neutral, even some of Kohli’s critics, to cheer for him. At the same time, it convinced another section of Indian fans to turn their backs on Kohli and the Indian team.

In other words, the speech, delivered by contemporary cricket’s biggest superstar, did exactly what it was expected to do. It pushed many Indian fans to pick a side in full public view.

There was a third incident as well.

In September 2020, former Yorkshire captain Azeem Rafiq had given an interview to Taha Hashim of Wisden. Rafiq  had opened up about the racism – institutional and otherwise – that he had faced during his stint for the county.

Yorkshire probed into the matter. The proceedings took place at glacial pace. It took them a year, but they eventually admitted that Rafiq had indeed been ‘the victim of racial harassment’ at Yorkshire.

However, they did not show any interest in actually penalising the culprits, though ECB, relatively more sympathetic, promised a ‘thorough and fair’ investigation of the matter.

On 1 November, George Dobell reported in ESPNCricinfo about at least one colleague of Rafiq’s admitting to calling him a ‘P*ki’. The Yorkshire investigating team, already aware, had dismissed these as ‘banter between friends’.

Rafiq was not ‘offended’ by these remarks, they had concluded.

Thankfully, the cricket fraternity was not as divided in this case. Yorkshire received were near-unanimous slamming. Whether ECB’s investigation will help Rafiq’s cause is to be seen, but there is little doubt that public sympathy is on his side.

The three men had the option of taking a stance in all three instances. Kohli stood up for Shami, against his abusers. Rafiq had persisted with his case for over a year, only to receive a dead end. De Kock took a belated stance.

The cricketers have been as intriguing than the cricket over the past week. Perhaps even more intriguing.