Reverse Scoop: What happened to the Women's T20 Challenge? 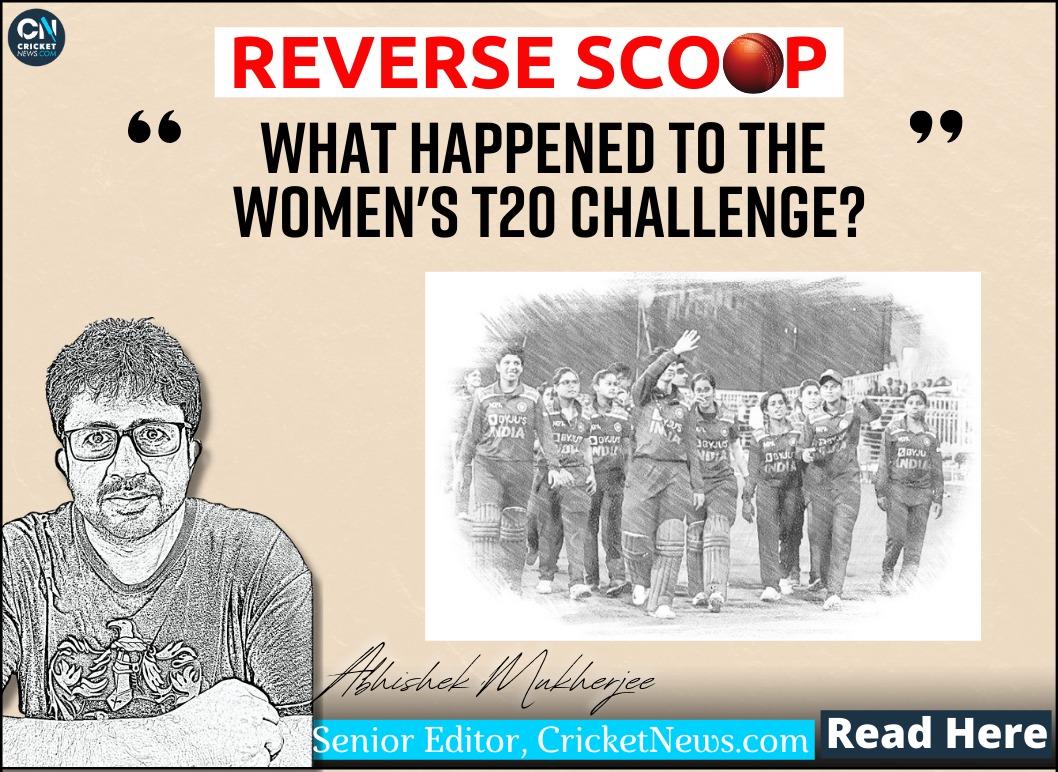 The nightmarish second wave of Covid-19 in India had split IPL 2021 into two nearly equal sections; several overseas stars subsequently pulled out of the edition; but the tournament became a greater success than it had seemed possible when it had to be halted.

Delhi Capitals played some outstanding cricket before faltering against Chennai Super Kings in Qualifier 1. They will get a second chance.

At the same time, Chennai turned things around in remarkable fashion after three consecutive defeats. They are now eyeing a fourth IPL title.

And Kolkata Knight Riders’ rise from seventh place into the top three, courtesy a whirlwind second leg, has been phenomenal.

These are the three teams left standing in IPL 2021.

Three teams – the same number as the curiously forgotten Women’s T20 Challenge, a contest that usually coincides with the IPL Playoffs.

The WT20C, sometimes erroneously referred to as the Women’s IPL, had started with a solitary match in 2018, between two teams, exotically named the Supernovas and the Trailblazers.

A third team, Velocity, was added in 2019. WT20C expanded to a round-robin league followed by a final.

It was a success. The Sawai Mansingh Stadium in Jaipur attracted a 15,000-strong crowd in one of the matches.

Many expected the WT20C to expand in 2020, at least to four teams, especially after India’s excellent show in the T20 World Cup earlier that year.

Then the world went into a global lockdown.

The IPL had to be moved in entirety to the UAE. It was played between 19 September and 10 November.

The WT20C, in early November, neatly engulfed by the Women’s Big Bash League, scheduled between 17 October and 29 November. This effectively ruled Indians out of the WBBL and the Australians out of the WT20C, while players from other teams had to choose one of the two.

An early start to the WT20C would have prevented this clash.

One may argue that among Indians, not many would have featured in the WBBL anyway. But they, especially the uncapped ones, were certainly deprived of their only chance to play alongside the giants of world cricket.

The structure of the WT20C is already inadequate. Given the format, two of the teams get to play three matches each, while the third gets only two. Unless a captain is incredibly adventurous, not all cricketers are likely to get a match.

In England, the Charlotte Edwards Cup has 26 and the Hundred 33. The WBBL has 59, the same as the sum of these two numbers.

The Hundred, in fact, showcased women’s cricket in unprecedented manner, organising matches of both genders between the same franchises on the same days.

The BCCI, the richest of the three boards, has fallen behind.

On their recent tour of Australia, India won only one of the five matches that produced a result. Three of these matches went into the last over.

With more exposure to T20 cricket at the highest level, India might have won one more of the crunch matches they lost.

The obvious way forward was to an increase in number of teams and, as a direct result, matches. This seemed inevitable, especially since IPL is going to expand to ten teams since 2022.

But BCCI responded to the scenario by scrapping the 2021 edition altogether.

One may argue that the IPL, the usual window of the WT20C, coincided with India’s tour of Australia, but proper planning could have helped BCCI to find a way around it.

India Women made it to the final of the last editions of the World Cup as well as the T20 World Cup. An unprecedented eight Indian cricketers have earned WBBL contracts this season.

There is no dearth of popularity, either. Videos of a ball from Shikha Pandey and a catch by Harleen Deol, among other acts, went viral moments later – and that is just the social media audience, outnumbered comfortably by the television audience.

All that certainly merits a separate, standalone, longer WT20C, independent of the IPL.

What happened to the tournament?