Reverse Scoop: What next for India Under-19 cricketers? 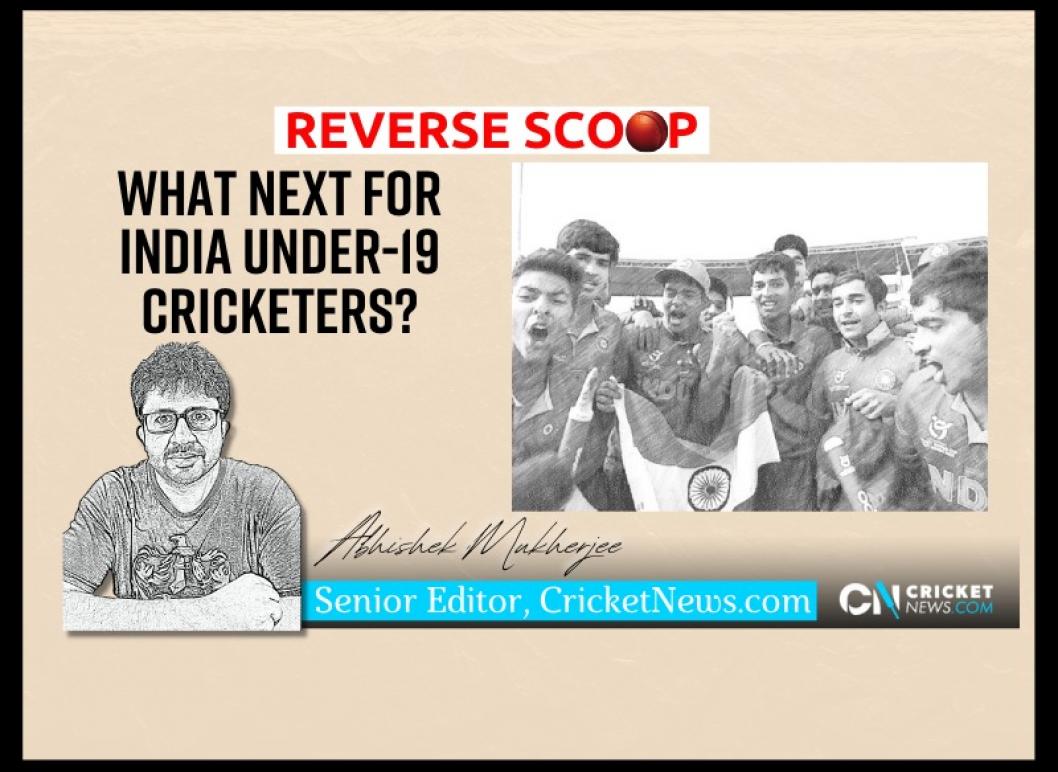 Mohammad Kaif, Under-19 World Cup winning captain of 2000, played for India in the first half of the decade that followed. Yuvraj Singh played longer. Had cancer not brutally curtailed his career, he might have gone on to become one of India’s all-time greats.

Shikhar Dhawan took nearly a decade to establish himself after his record-breaking show in the 2004 edition. Ravindra Jadeja and his Saurashtra teammate Cheteshwar Pujara took less than that. Piyush Chawla, their peer, faded away.

Virat Kohli, captain in 2008, went on to became one of India’s greatest cricketers of all time. Kohli’s teammate Rohit Sharma succeeded him as captain of the Indian cricket team. K.L. Rahul of the 2010 batch has also led India.

Unmukt Chand, captain in 2012, never played for India, but he became the first Indian man to feature in the Big Bash League. He may play international cricket for the USA. Hanuma Vihari has played for India, as have his juniors, Rishabh Pant, Washington Sundar, Kuldeep Yadav, and Ishan Kishan, among others.

Prithvi Shaw led India to the Under-19 World Cup triumph in 2018. He and Shubman Gill have played and got dropped from the side. From the 2020 team, Ravi Bishnoi has earned a call-up.

The supremely talented triumphant 2022 team, too, will have its share of international cricketers at senior level.

The Indian domestic structure is robust at all lev, but at Under-19 level, no team can even merit comparison. Across the last four editions of the Under-19 World Cup, India have lost only two matches – the finals of 2016 and 2020 – and won 22.

That brings us to a question. Of the many cricketers considered good enough to play for India Under-19s – the best team in the world at that level – only a handful make it to the senior side. What happens to the others?

Some, like Rohit, Kohli, and Shaw, get drafted quickly into the senior side. Some, like Jadeja and Pant, have to prove themselves in the IPL. And for some, like Pujara and Vihari, there is a phase of toil in domestic cricket, particularly Ranji Trophy, before they get a national cap.

But these cricketers do not constitute the India Under-19 universe. There are 15 cricketers in the average World Cup squad, of whom less than five typically make it to India seniors. These 15 are chosen from a pool of around 150, selected from the 38 state associations.

As mentioned, less than five cricketers make it big. Some have reasonable careers in the IPL. Some move to the grind of domestic cricket with success, an option that, while paying less than the IPL, still provides reasonable financial security.

However, not all of them become regulars at domestic level. And since income in domestic cricket is heavily dependent on match fee, benched cricketers do not earn enough. As a result, many cricketers, identified as potential stars in their teens, drop out of cricket at an early age, even by 21, to pursue an alternate career.

But that is easier said than done. In this era, cricket is an all-consuming profession for a teenager, leaving little room for academic or equivalent pursuits. At 21, they may find themselves competing with youngsters with more credentials and expertise.

That is a far from ideal situation.

To counter this, the NCA had tried to come up with a proposal in early 2019. Had it come through, the young cricketers would have got guidance, vocational training, internships, and even help regarding finding jobs.

Covid-19 has taken away a chunk of 2020 and 2021, and threatens to impact 2022 as well. However, it is perhaps time to reconsider that plan and work accordingly.