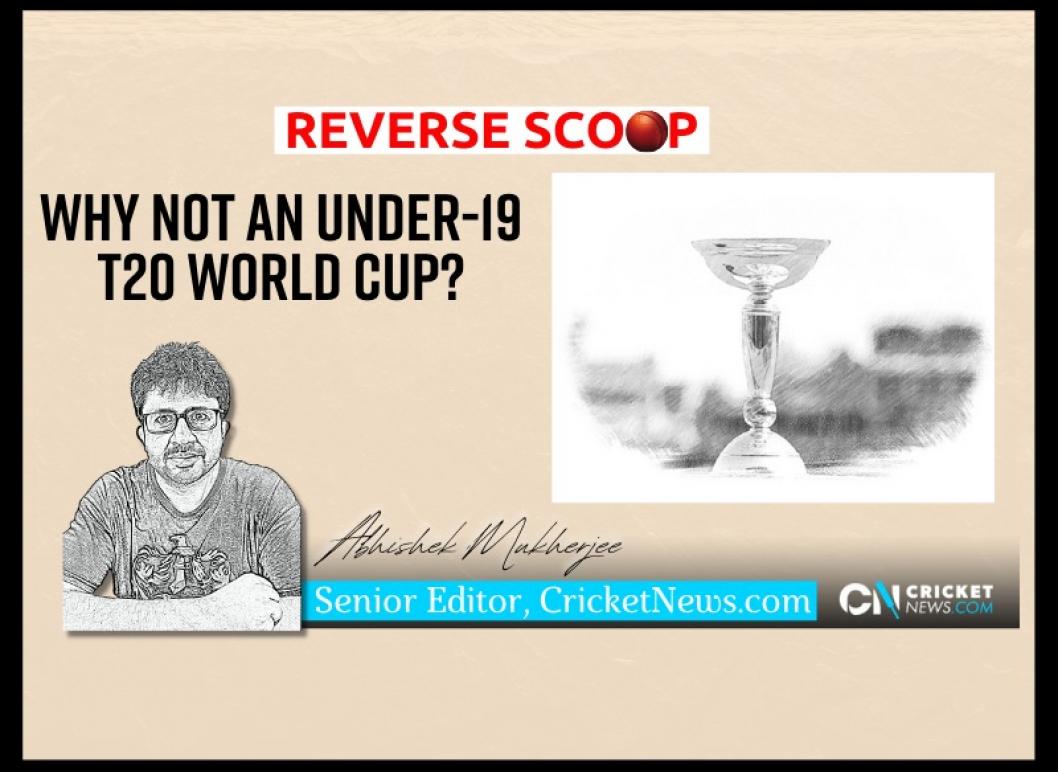 In 1988, the Australian Bicentenary was celebrated across the nation to celebrate two hundred years of the arrival of the First Fleet on Australian shores. The World Expo 88 in Brisbane was the crème la crème of the festival, but there were other events, including sports.

Among these was the inaugural Youth World Cup, including eight teams, a novel concept. Like many cricketing innovations, this, too, was Australia’s contribution to world cricket. ICC’s involvement remained minimal. However, they did select the ICC Associates team, the eighth team of the tournament, consisting of cricketers from Zimbabwe, the Netherlands, Denmark, Bangladesh, Bermuda, and Canada.

The tournament was reasonably successful, but there was no encore in a decade. Then, ICC President Jagmohan Dalmiya, one of the greatest visionaries cricket has seen – decided to relaunch it. This was in 1998, the year when Dalmiya’s other brainchild – the Champions Trophy – was launched as well.

There were a few changes. The number of teams was increased to 16, which made it, at that point, the largest World Cup in cricketing history. Teams like Denmark, Papua New Guinea, and Namibia graced the tournament.

It was also decided that the tournament would be played every two years – in other words, twice as frequently as the Senior Men’s World Cup. The idea was to ensure no young cricketer missed out.

Cricket took its first step towards true globalisation, not only by expanding its universe but also by providing the tournament relevance by increasing its frequency.

By the 2002 edition, every continent had an Under-19 tournament in place. These served as the qualification for the actual World Cup. Cricket was being globalised.

But at the same time, T20 cricket, a new innovation, had sprung up in England. When the ICC wanted to host a World T20 in 2007 – they did not even call it a T20 World Cup – India and Pakistan were not keen on participation. The teams met in the final, where India won a cliffhanger.

During this World T20, the BCCI launched the IPL, a tournament with contracts worth unprecedented amounts. The sheer financial scale of the IPL was mind-boggling enough for others to toy with the idea, both in India and overseas.

Mirroring the IPL, several city-based sports leagues have sprung up in India. Some, like football and kabaddi, are still popular. Others, like hockey, badminton, and, er, American football, never became as popular. But there is little doubt that the IPL set a template.

India saw state-level T20 tournaments arrived as well. These not only served as unofficial trials for the IPL but also bolstered the respective state teams. It is not a coincidence that Tamil Nadu and Karnataka, the two states with the most high-profile leagues, also win the most limited-overs domestic cricket.

But what about the world?

Australia responded with the BBL, England with the Blast, Pakistan with the PSL, and so on. England went a step ahead and launched (after copyrighting) The Hundred. But more importantly, domestic leagues (some T20, some T10) sprung up everywhere, from the USA and Canada to European nations to the Far East.

In 2020, after the Coronavirus-induced global lockdown, Vanuatu became the first country to live-stream their domestic tournament. The world, starved of live cricket, watched the matches on Vanuatu Cricket’s social media channels. Vanuatu Cricket expressed their surprise: the traffic was something they had never come even remotely close to before.

It would not have been possible before T20, for it is the only format that allows cricketers to make a reasonable livelihood out of cricket. If the pay is more – as is the case with India or Australia – the cricketers can forego their day jobs and become professional cricketers. If it is not, they can at least play T20 cricket only on weekends, and hope to turn professional at some point.

It is, thus, not a surprise that cricketers from Associate Nations – Ryan ten Doeschate of the Netherlands, Rashid Khan of Afghanistan before they became Full Members, Delray Rawlins of Bermuda, Tim David of Singapore – were sought after. No longer does one have to be born in a Full Member side to become a popular cricketing figure.

There is a substantial difference between playing cricket on the streets or maidans and professional cricket of the highest level. The number of aspiring cricketers is ridiculously vast, and of them, few make it to the top bracket. The others have to remain content with playing formats that pay less – and even there they may not be good enough to become a professional.

An Under-19 T20 World Cup will invariably result in similar continent-level tournaments as well as domestic tournaments. Aspiring cricketers will be able to figure out whether cricket is a sustainable career option for them at all. If not, they would probably want to fall back on a Career Plan B, for however pure the joy of playing cricket may be, it does not trump the relevance of earning a livelihood.

An Under-19 ODI World Cup is obviously relevant, but surely a T20 counterpart is more relevant today when it comes to the future the most talented teenage cricketers in the world?

The usual arguments of ‘too much T20 at Under-19 level may ruin a future cricketer’ may follow, but these claims are typically as vague as they are unsubstantiated.