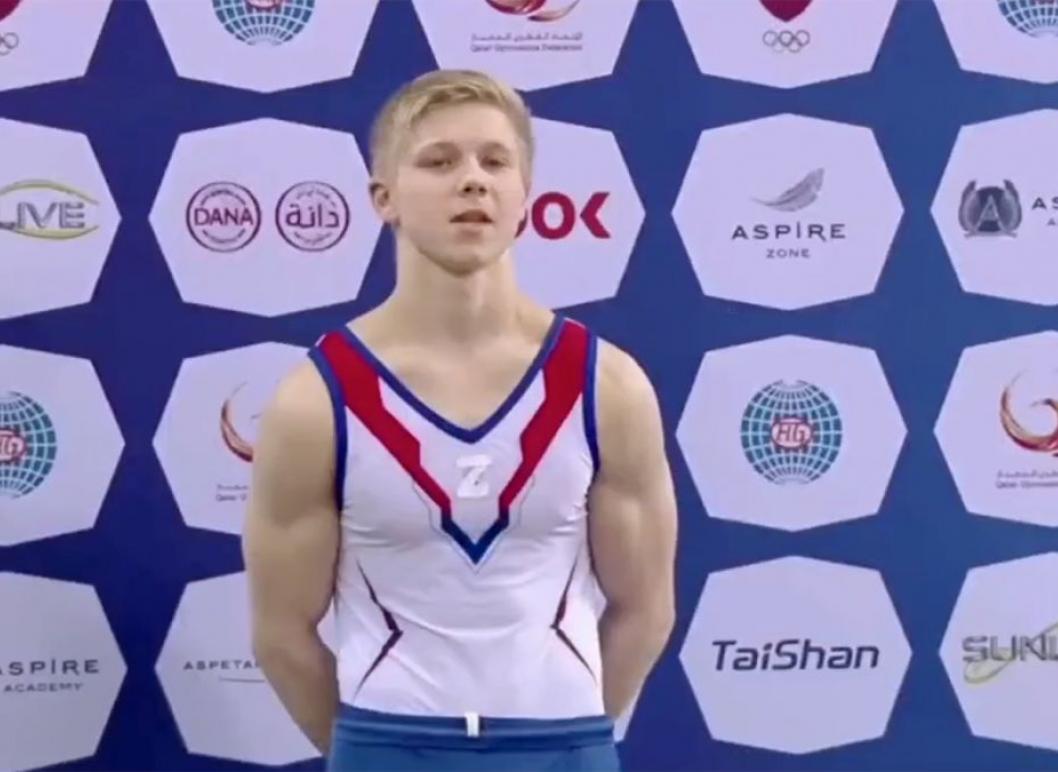 Ivan Kuliak, a Russian gymnast who took to the podium at an international event donning a pro-war symbol, has been banned for a year from the sport.

Kuliak, 20, had won bronze in the parallel bars final of the Apparatus World Cup in Doha in March, shortly after Russia began their armed campaign in Ukraine. He stood on the podium afterwards, next to Ukraine’s Illia Kovtun, who had won gold in the same event, with the letter “Z” taped to his chest.

The letter Z has become symbolic with Russia’s invasion of Ukraine. Although written differently in the Russian Cyrillic alphabet, most Russians recognise Latin characters, and “Z” has become a powerful and easily recognisable symbol. Following the invasion, it has been adopted by Russian politicians, seen on the side of cars, daubed on bus shelters, prominently displayed on advertising hoardings, and painted on the side of tanks and military vehicles.

Kuliak’s actions at the tie earned praise from Vladimir Putin himself, but have now come at short-erm cost to his gymnastic career. Following an investigation by the International Gymnastics federation (FIG), he has been sanctioned by their disciplinary committee for breaking rules. He has been banned from the sport for a year and must also return his medal, although he has 21 days to appeal the sentence. He must also repay his prize money of CHF 500 and pay his share of the cost of the proceedings, a further CHF 2,000.

The head of the Russian delegation at the meet and his coach were cleared of any wrongdoing.

Kuliak will not be allowed to take part in any FIG-sanctioned event or competition organised under the auspices of an affiliated member for 12 months. In addition, if the current measures that prevent Russian gymnasts from competing are still in place next May, his ban will continue and expire six months after the removal of such measures.

In other words, his ban from the sport can be longer if the war with Ukraine continues, something that is looking increasingly likely.