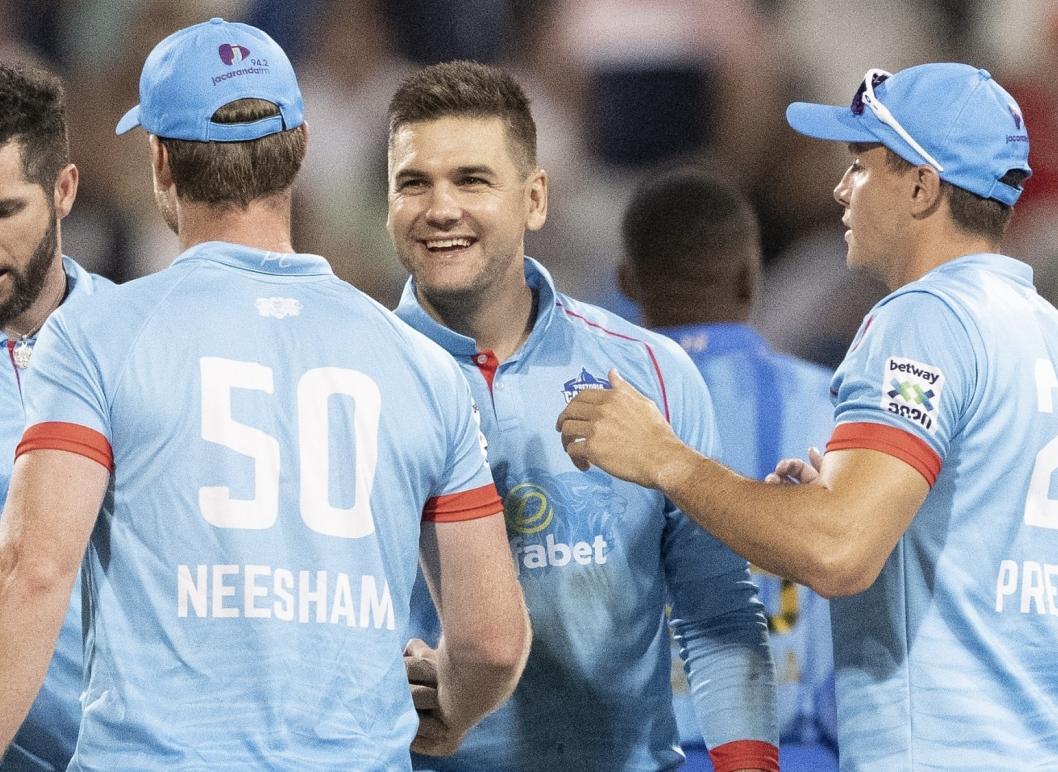 The Pretoria Capitals are now sitting comfortably at the top of the SA20 league table, thanks to their commanding 52-run victory over MI Cape Town at Newlands. The game was filled with plenty of action, drama, and excitement, as both teams put in a strong performance on the field.

The match began with the Capitals being sent in to bat, and they got off to a flying start with an 88-run partnership between Will Jacks (62 off 27 balls) and Kusal Mendis (29 off 19 balls) in the first seven overs. Jacks was particularly impressive, smacking the ball all around the field with his powerful and aggressive batting style. He hit six fours and four sixes, leaving the MI Cape Town bowlers struggling to contain him.

However, the innings hit a speed bump when MI Cape Town's Rashid Khan (3/16) and Odean Smith (2/27) grabbed three wickets between them in 17 balls, putting a dent in the Capitals' progress. But Theunis de Bruyn (36 off 26 balls) stabilised the innings, with his calm and composed approach, and some powerful hits by James Neesham (22* off 18 balls) at the back end of the innings guided the Pretoria-side to a competitive total of 182/8.

MI Cape Town's chase got off to a rocky start, when they lost Ryan Rickelton (11 off 11 balls) and Sam Curran (22 off 18 balls) by the eighth over. But Dewald Brevis (46 off 30 balls) and Rassie van der Dussen (24 off 25 balls) got the innings back on track with a 47-run partnership, and it seemed as though the match was heading for a thrilling finish.

But that dismissal of Brevis proved pivotal as the MI Cape Town innings snowballed, losing their remaining seven wickets for just 29 runs. The Capitals' bowlers, led by Anrich Nortje (3/22), proved to be too much for the MI Cape Town batsmen, and they were unable to chase down the target.

Pretoria Capitals captain Wayne Parnell also had a strong game, claiming figures of 3/14 and proving that he can be lethal at the death. With this victory, the Capitals have put daylight between themselves and the other five teams in the league, and they will be looking to continue their winning streak in their next match.