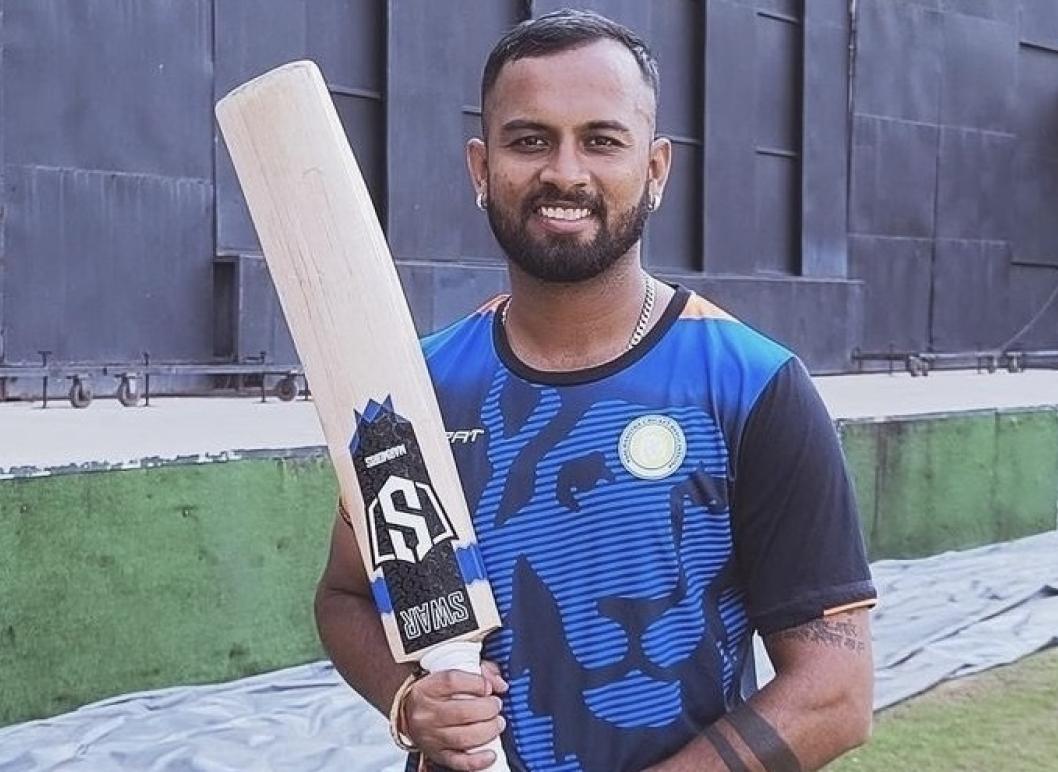 Samarth Vyas of Saurashtra became just the sixth batsman in the Vijay Hazare Trophy on Sunday when he smashed 200 off 131 against Manipur in an Elite Group A encounter.

With this, Samarth entered the list of double-centurions along with Karn Veer Kaushal, Yashasvi Jaiswal, Sanju Samson, and Prithvi Shaw. This was Vyas' third List-A century overall.

When Saurashtra reached 397 for 4, the 26-year-old Vyas and Harvik Desai, who scored 100 runs off 107 balls, put together a 282-run opening partnership. In response, Manipur was bowled out for 115, giving Saurashtra their second consecutive victory in the competition.

On Saturday, the Jaydev Unadkat-led team defeated Chandigarh by seven wickets as part of a 216-run chase, with Vyas scoring 61 off 64 balls.

Recently, Vyas has been in fantastic shape. At the Syed Mushtaq Ali Trophy T20s earlier in the month, where Saurashtra advanced to the semifinals, he led the team in runs scored (314 runs in 7 innings at a strike rate of 177.40). He finished the competition with the fifth-highest overall run total, 49 runs behind the leader Yash Dhull.

Ajinkya Rahane's 187 for Mumbai against Maharashtra in the 2007–08 season held the record for the best individual List A score in the competition for almost a decade before Kaushal from Uttarakhand scored 200 runs against Sikkim in the 2018–19 campaign.

Four other double-centuries have since occurred in the event, including the one by Vyas on Sunday. The best score, though, is still Shaw's 227 not out for Mumbai against Puducherry in the previous season.