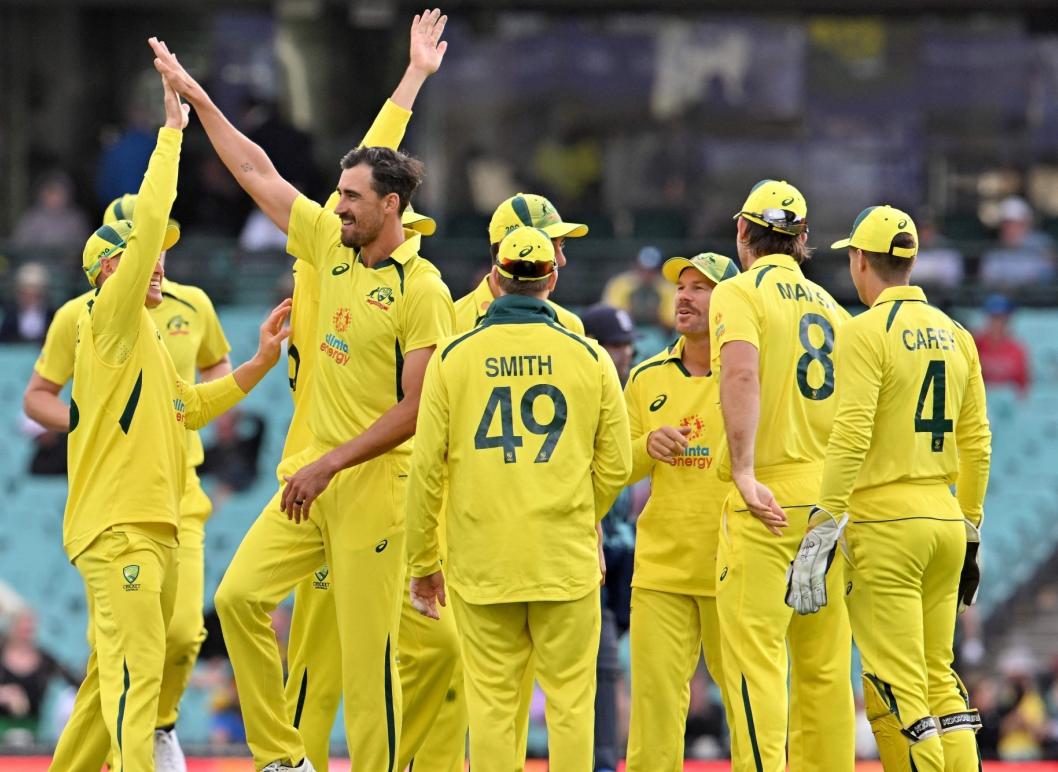 Steve Smith led a batting supershow before Mitchell Starc and Adam Zampa took four wickets each to help Australia score a thumping 72-run victory against England in the second ODI at the Sydney Cricket Ground and secure a series victory on Saturday.

In pacer Josh Hazlewood's ODI captaincy debut, Smith hit 94 off 114 balls and was well-supported by Marnus Labuschagne (58) and Mitchell Marsh (50) hitting fifties each as Australia posted 280/8 in 50 overs.

Chasing 281 in a bid to level the series, Starc took out two wickets for zero runs. England were then reduced to 34/3 in 5.1 overs. James Vince (60) and Sam Billings (71) put on a 122-run partnership for the fourth wicket to revive England's chase.

But Hazlewood trapped Vince lbw in the 28th over, triggering a collapse as England were bowled out for 208 in 38.5 overs. While Starc had figures of 4/47 in his eight overs, Zampa picked up 4/45 in 9.5 and Hazlewood scalped two wickets for 33 runs in seven overs.

Electing to bat first on a pitch that was not easy for strokeplay, David Warner and Travis Head put on 33 runs off 32 balls for the first wicket. But England found a breakthrough as Warner swept straight to square leg off stand-in captain Moeen Ali's second delivery of the day.

Three overs later, Head followed shortly as he pulled straight to midwicket off Chris Woakes' short ball. Smith and Labuschagne put on a 101-run third-wicket standoff in 112 balls. Labuschagne was the more aggressive of the two, bringing up his fifty off 47 balls. But he couldn't get a big score as he played a strange chip to mid-off on leg-spinner Adil Rashid's bowling.

On the very next ball, Rashid had another wicket as Alex Carey's attempted sweep led to him dragging his backfoot out of the crease and was stumped easily. But Smith was very hard to dislodge, putting on a stand of 90 runs off 95 balls for the fifth wicket with Marsh.

He was on the cusp of reaching a century at his home ground before holing out in the deep off Rashid, falling at 94. After Smith's fall, Marsh, Starc and Marcus Stoinis fell in quick succession. But Ashton Agar's unbeaten cameo of 18, during which he took 16 runs off the final over by Sam Curran, ensured Australia reached 280/8.

In reply, Starc removed Jason Roy and first ODI centurion Dawid Malan within the first five balls and was beating the batters with pace and swing, making for a riveting view. Phil Salt also fell inside the powerplay, bowled by Hazlewood.

Vince and Billings put on an admirable resurrecting job for England to bring the 2019 ODI World Cup champions back into the match. But Hazlewood trapping Vince lbw opened the floodgates for Australia.

Zampa then took out Ali, before dismissing Billings and Curran in the span of five balls as England slipped from 156/3 to 169/7. Starc came back to take out Chris Woakes and David Willey before Zampa sealed the win in the 39th over by trapping Liam Dawson lbw.