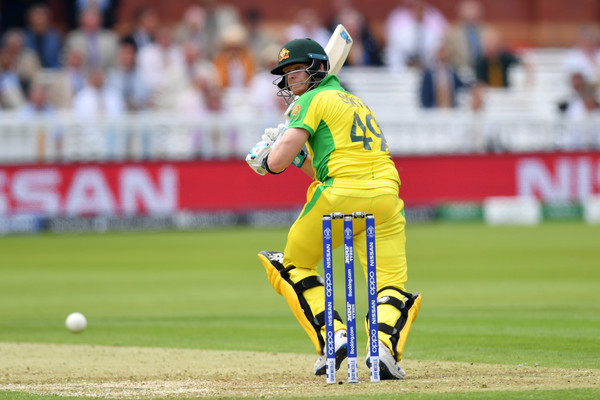 Steven Smith scored a 51-ball 80 as Australia chased down 151 against Pakistan in Canberra on Tuesday to take 1-0 series lead following Sunday’s wash-out in Sydney.  A knock, which was full of flair and grace, saw the home team recovering after they lost both their openers with just 48 on the board within the powerplay. Thanks to Smith’s unbeaten effort, the hosts strolled to victory with nine balls and seven wickets to spare.

In their run-chase Australia got off to a strong start with Warner scoring a quick 11-ball 20 before he was cleaned up by Mohammad Amir in his first over. Whereas in the final over of the powerplay, Mohammad Irfan provided Pakistan with the second breakthrough as he dismissed Finch for 17.

However, a 58-run third-wicket stand between Ben McDermott and Smith steadied the ship before the former was trapped LBW by Imad Wasim. Ashton Turner then joined Smith in the middle to complete the formalities as Australia.

This is Australia’s sixth consecutive triumph in a T20 international, which is also their longest undefeated streak in this format since Michael Clarke’s early days as captain. Australia’s last loss in a T20I was against India at the SCG, almost a year ago.

Earlier in the day, after electing to bat first Pakistan got off to a dreadful start as they lost Fakhar Zaman and Haris Sohail early in the innings. But their new skipper and the No.1 ranked T20I batsman in the world, Babar Azam, played a blinder at the top. As wickets continue to tumble at the other end, he kept on playing his shots. Azam’s innings was cut short by an unfortunate run out, after he scored a 38-ball half century.

Towards the end of the innings, all-rounder Iftikhar Ahmed provided Pakistan the finishing touch with a 34-ball 62. Apart from the two half-centurions, none of the Pakistani batsmen managed to cross the 20-run mark. In the end they finished with 150 on the board, which was a par score on that Manuka Oval surface.

The final match of the series will be played at the new Perth stadium on next Friday (November 8).

Player of the match: Steven Smith