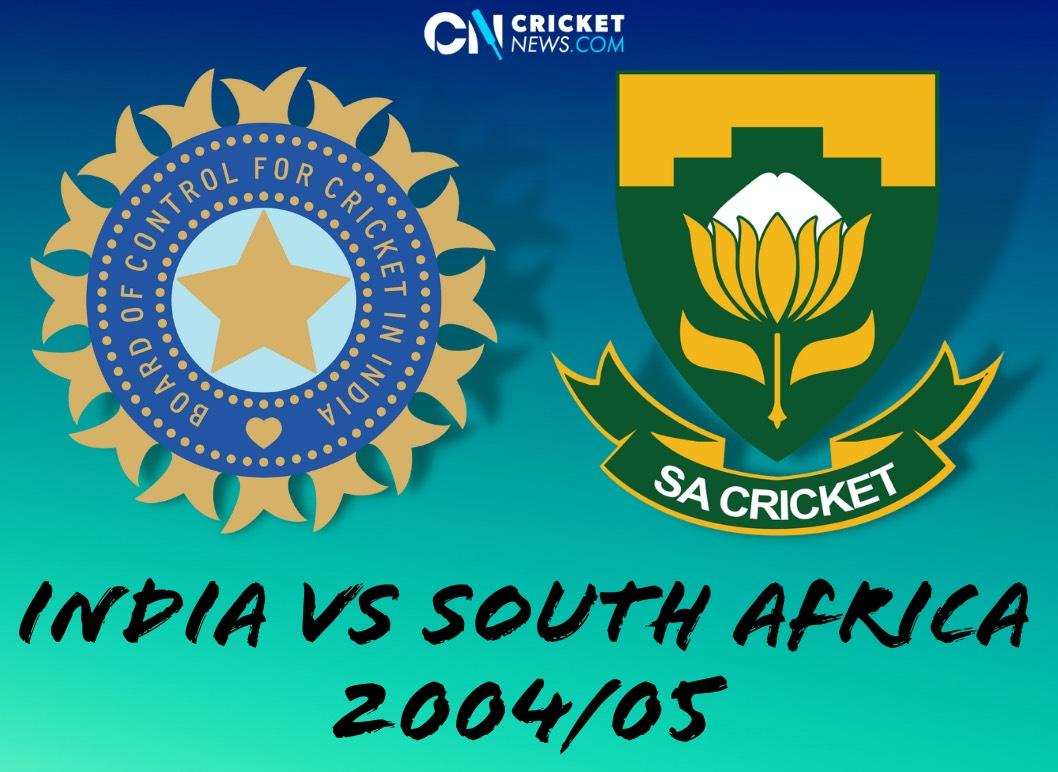 South Africa toured India in 2004/05 for a two-match series. The Test matches were scheduled in Kanpur and Kolkata. Sourav Ganguly’s Indian team faced a young South African team with a young captain, Graeme Smith at the helm. They missed seniors like Herschelle Gibbs – reluctant to tour India at that point – and Mark Boucher, and youngsters like Hashim Amla, Zander de Bruyn and Thami Tsolekile debuted during the series.

For India, too, youngsters like Gautam Gambhir trying to make a mark. Having lost to Australia at home for the first time in 35 years, India wanted to make a strong comeback by ensuring that they can get back their home dominance.

On a slow, low Green Park pitch, Smith won the toss and walked out to bat with Andrew Hall, promoted up the order. Hall batted for 454 balls and almost 10 hours, one of the longest innings by a touring batter in India, for his 163. Batting at seven, debutant de Bruyn got 83. South Africa batted for 190.4 overs and 13 hours (in addition to time lost to fog and bad light) before declaring on 510/9. Anil Kumble toiled for 54 overs for his 6-131.

India responded with a 218-run opening stand. Gambhir fell for 96, but Virender Sehwag went on to score 164 with 24 fours and two sixes. Ganguly and Rahul Dravid also scored fifties, and India got 466. After a herculean effort with bat, Hall went on to pick up three Indian wickets including Sehwag and Sachin Tendulkar and Zaheer Khan, and was named Player of the Match.

South Africa played out time to finish on 169/4. There was some drama when television cameras caught a man near the boundary with a revolver on him. He was identified as the son of the president of Kanpur Cricket Association. That turned out to be the biggest source of entertainment in an otherwise forgettable match.

The teams travelled to Kolkata to play the next Test match, where the uncapped Amla replaced Martin van Jaarsveld and batted at five. India, too, brought in Irfan Pathan for Murali Kartik.

Smith again won the toss and did not hesitate to bat. South Africa lost both Smith and Hall cheaply, but Jacques Kallis led their innings with 121 to take them to 306. Support came from Jacques Rudolph (61), as Zaheer Khan and Irfan picked up three wickets apiece.

Indians responded with 411. Sehwag again led the way with 88, with 11 fours and two sixes. He found support in Dravid (80). All the South African bowlers got at least one wicket with Makhaya Ntini getting 4-112.

However, in the second innings, the South Africans were folded for 222 by Kumble and Harbhajan Singh, who bowled  all but 10 overs of the innings. Harbhajan had 7-87 and Kumble 3-82. South Africa's only resistance came from Smith (71) and Kallis (55).

A target of 117 was not going to a challenge for the Indians, who took close to 40 overs to chase the target with eight wickets in hand. Dravid and Tendulkar added 60 in their unbeaten third-wicket partnership to take India to a Test match win and 1-0 series victory.