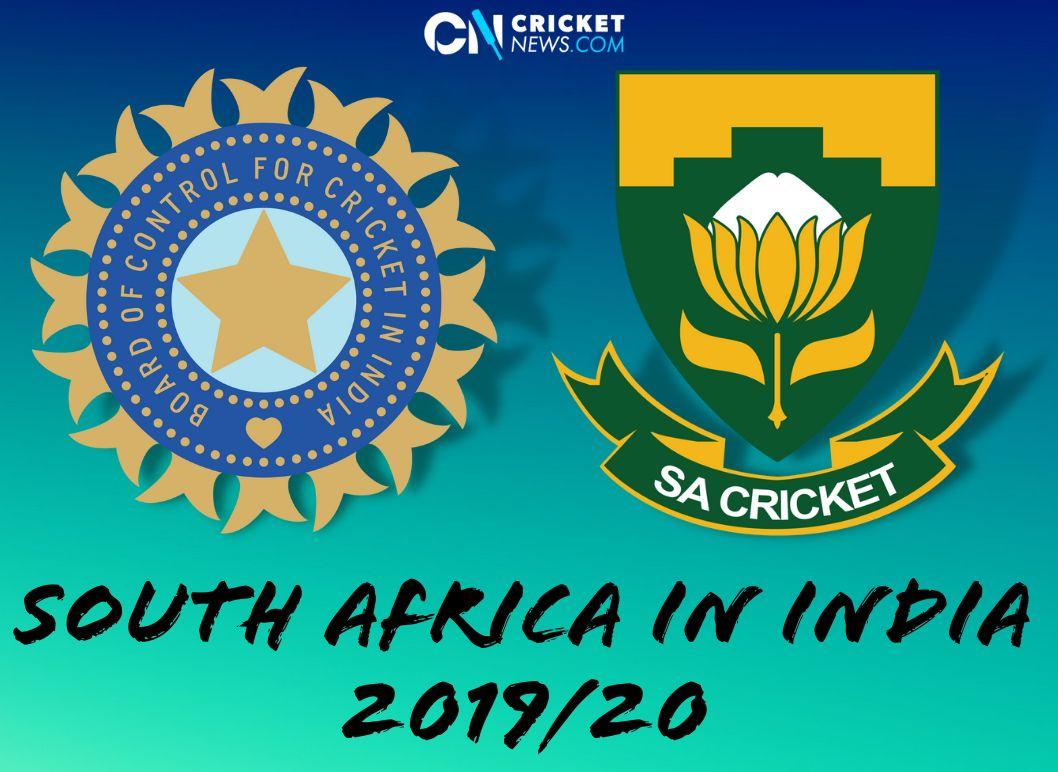 In 2019/20, South Africa travelled to India to play three T20Is and three Test matches. The subsequent ODI leg, scheduled in March 2020, had to be called off. After the first ODI, in Kanpur, was abandoned due to rain, Covid-19 pushed the world to a lockdown, putting a halt on not only the series but all cricket.

The T20Is were level 1-1, but the subsequent Test series was completely dominated by India, who picked up 40 ICC Test Championship points with a whitewash.

The first Test match of the series was only the second ever at Dr. Y.S. Rajasekhara Reddy ACA-VDCA Cricket Stadium, Visakhapatnam. India won the toss, and Rohit Sharma and Mayank Agarwal batted together for 82 overs to add 317, the third-highest opening stand for India. While Rohit fell for 176, Agarwal went on to convert his maiden Test century to a double hundred.

South Africa could chase 395 or survive 100 overs, but both seemed unrealistic after Mohammed Shami's spell before lunch on Day 5. Moving the ball at great pace, Shami (5-35) got Temba Bavuma, du Plessis and de Kock to break the backbone of the South African innings, reducing them to 70/8. Debutant Senuran Muthusamy (49*) and Dane Piedt (56) added 91 for the ninth wicket before Shami returned to dismiss Piedt and Kagiso Rabada to seal the match.

India followed their 203-run win in the first Test match with two innings wins. At Pune, Mayank Agarwal got another hundred and Ravindra Jadeja 91, but it was Virat Kohli's 254 not out helped India declare on 601/5. Curiously, Kohli drew criticism for declaring the innings closed as soon as his 225-run stand with Jadeja ended with the latter's dismissal, denying himself an elusive triple-hundred.

India won by an innings and 137 runs, which they bettered at Ranchi, to an innings and 202 runs. Both matches got over inside four days. Desperate to win the toss, du Plessis asked Temba Bavuma to accompany him at the toss and call. Even that did not work, as Kohli won the the toss again and batted.

This time India declared on 497/9. Rohit, with three ODI double hundreds under his belt, now got one in Test cricket (212). With Ajinkya Rahane also scoring 115, the South African toil went largely unrewarded.

South Africa then lasted just 56.2 overs. Only Zubayr Hamza, making a comeback, provided some resistance, with 62, as four Indian bowlers, including debutant Shahbaz Nadeem but excluding Ashwin, shared the wickets. With a lead of 335, Kohli enforced the follow on.

The second innings turned out to be even shorter, as Indians took just 48 overs, Shami leading with three wickets. Theunis de Bruyn, a concussion substitute for Elgar, top-scored with 30.