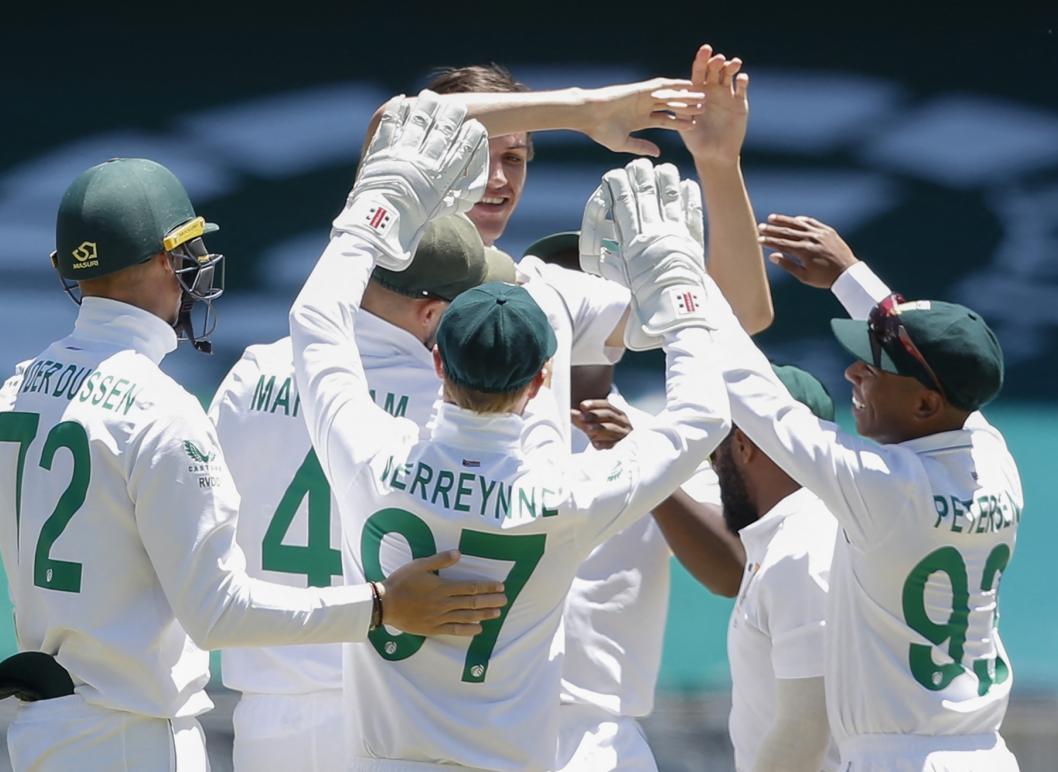 South Africa completed a comprehensive win over Bangladesh in the first Test match, in Durban. Coming to defend 274, they bowled out Bangladesh for just 53 to win by 220 runs.

Bangladesh began the Day 5 in a tough position. They had managed to stay with South Africa for much of the match, and even bowled them out for 204 in their second innings. However, their efforts were largely undone by the start of the second innings. They were 11/3 by stumps on Day 4, having also lost Mahmudul Hasan Joy, who had scored a hundred in the first innings.

Bangladesh needed 263 or bat out all day, and it looked like South Africa's decision to play two spinners in a home Test for the first time this century was going to pay dividends.

The day began disastrously for Bangladesh when Keshav Maharaj had Mushfiqur Rahim leg before, with just one run added to the overnight score.

It quickly became worse, Maharaj had Liton Das caught for just two and bowled Yasir Ali to take his fifth wicket of the innings. His spin partner Simon Harmer then got in on the act, when he had Mehidy Hasan caught for a  duck.

Najmul Hossain Shanto and Taskin Ahmed added 17, which in the context of what had gone before, counted as a major partnership. Then Harmer had Shanto stumped for 26.

Maharaj had Khaled Ahmed caught in the next over. He fittingly he wrapped up the innings when Taskin, the only other man to make it into double figures, was caught for 14.

Bangladesh were all out for 53. The two teams spent less than an hour on the field on Monday. Harmer took 3-21, but the hero for South Africa was Maharaj, who finished with 7-32.