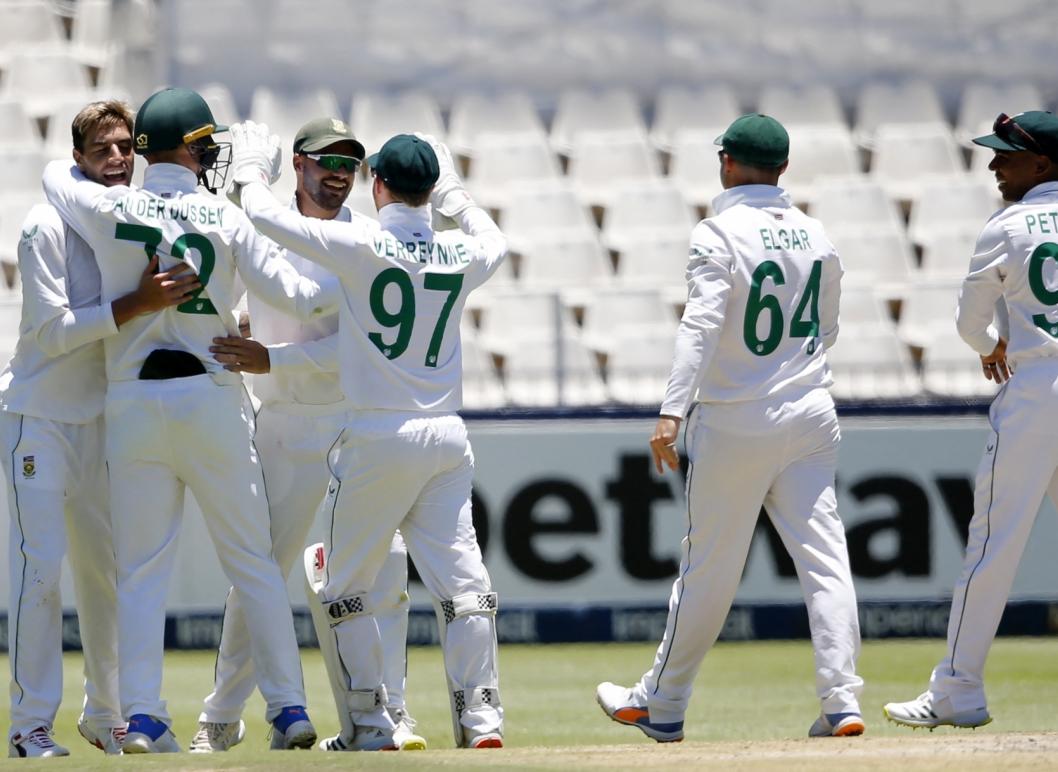 Eleven wickets fell on Day 1 of the second Test match between South Africa and India at the Wanderers. The South African fast bowlers, led by the young Marco Jansen, used the bounce on the hard surface well to bowl out a depleted Indian side for 202. Mohammed Shami then snared Aiden Markram for the third time in the series, but South Africa finished Day 1 on 35/1. They still trail by 167 runs.

K.L. Rahul became India's newest Test captain after Virat Kohli was ruled out due to a back spasm. Kohli was replaced by Hanuma Vihari. South Africa brought in Kyle Verreynne and Duanne Olivier for the recently retired Quinton de Kock and Wiaan Mulder. Rahul won his first toss as India Test captain and decided to bat.

Rahul and Mayank Agarwal scored 36 runs in first hour. The South African bowling lacked rhythm at this point, and Agarwal (26) took full advantage. However, he edged the first ball after tea, from Jansen. Rahul and Cheteshwar Pujara added only 13 in the next nine overs before Olivier celebrated his return to Test cricket memorable by dismissing Pujara (for a 33-ball 3) and Ajinkya Rahane with consecutive balls.

Rahul and Vihari took India to 53/3 by lunch. The run rate improved after lunch as both men looked solid. Vihari hit three fours on his way to 20 before he was Kagiso Rabada had him magnificently caught at short leg by Rassie van der Dussen. Rahul soon reached his fifty but almost immediately hooked Jansen to Rabada at long leg.

Rishabh Pant and R. Ashwin added 40 for the sixth wicket. Ashwin's 50-ball 46 remained India’s second-highest score of the innings. However, at the other end, India lost Pant (17), Shardul Thakur (0), and Mohammed Shami (9) in quick succession as Jansen used his height got the ball to bounce awkwardly. Some late hitting from Jasprit Bumrah (14 not out) helped India cross 200. Jansen finished with 4-31, while Rabada and Olivier got 3 wickets each.

After losing Markram, Dean Elgar and Keegan Petersen survived some tough moments against the Indian fast bowlers. Bumrah and Mohammed Siraj bowled brilliantly and none of the batters looked comfortable.

In the penultimate over of the day, Siraj could not finish his over and had to walk back to the dressing room with what seemed a pulled hamstring.