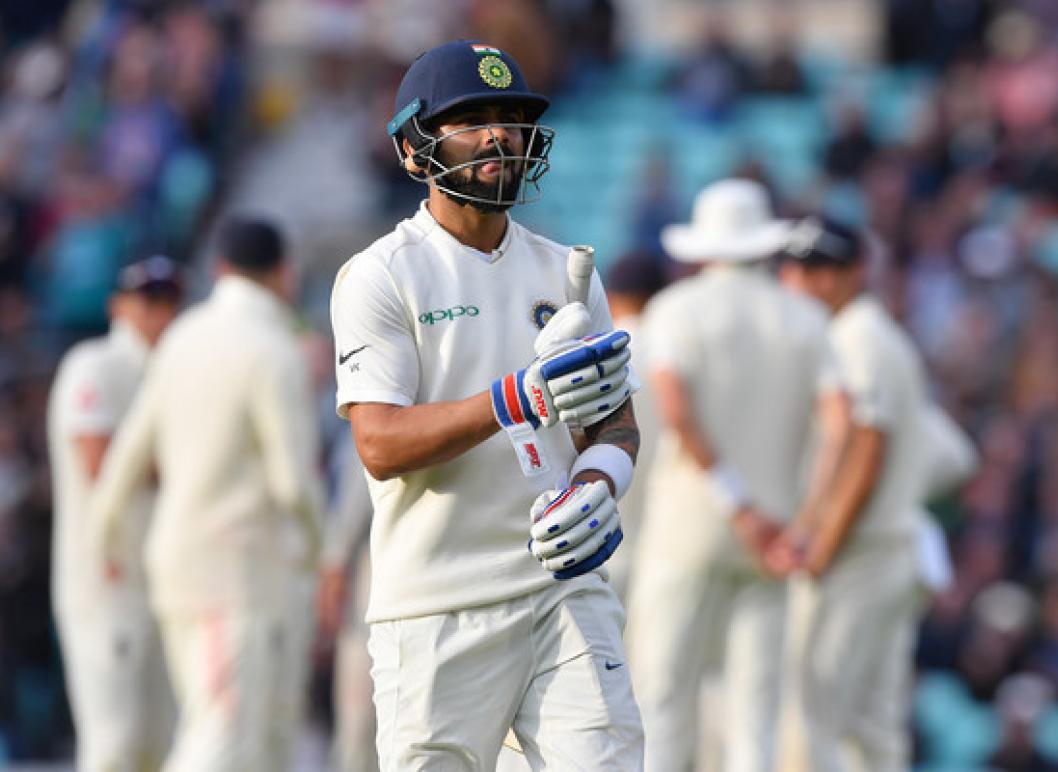 Day 1 of the third Test match produced an enthralling contest at Cape Town. The South African fast bowlers kept coming at the Indian batters throughout the day, allowing no respite. The Indians hung on grimly, making every loose ball count. In an intense duel between the two units, Kagiso Rabada and Virat Kohli took centrestage, in a contest that is going to stand the test of time.

Throughout the first session, Rabada and his relentless gang kept teasing Kohli with a line outside off-stump, trying to lure him into  playing away from his body – an attempt that has cost him his wicket in this series. Kohli declined the bait, though not getting off the mark with an exquisite cover drive. South Africa resorted to a straighter line in the second session, forcing Kohli to abandon his preferred shot.

They then returned to their original line in the third as the threat of Kohli running out of partners loomed large. Kohli was eventually ninth out for 79, moving outside the off stump against Rabada to manufacture runs. Kyle Verreynne held his fifth catch of the day, while Rabada (4-73) took his fourth wicket. India soon folded for 223.

South Africa finished Day 1 on 17/1. They lost Dean Elgar to a peach from Jasprit Bumrah, but Aiden Markram and night-watch Keshav Maharaj played out time. They still trail by 206, not an easy margin against a world-class pace attack on a pitch that has produced steep bounce.

Kohli, returning to the side, had opted to bat in the morning. He and Umesh Yadav came in for Hanuma Vihari and the injured Mohammed Siraj, while South Africa went unchanged.

Rabada would have Mayank Agarwal in his second over, had Keegan Petersen held on to a difficult chance. Agarwal and K.L. Rahul took the score to 31 before both edged in consecutive overs, Rahul off Duanne Olivier for 12, Agarwal off Rabada for 15.

As Kohli went scoreless for 15 balls, Cheteshwar Pujara opened up, picking up from the second innings at the Wanderers to play some delightful strokes. India went to lunch at 75/2 with Pujara on 26 and Kohli on 15.

As South Africa bowled more and more within the stumps, the Indian batters were forced to go on the defensive. Then Marco Jansen came round the wicket to induce a nick from Pujara, who had impressed for his brisk 43. Ajinkya Rahane followed soon, caught behind off Rabada. Kohli found support in Rishabh Pant, and the pair took India to 141/4 by tea.

Pant opened up after tea, allowing Kohli to take his time to bring up his fifty in 158 balls – his second-slowest in Test cricket. In the next over, Jansen extracted bounce and cramped Pant for room to have him caught at gully for 27, and had R. Ashwin caught behind.

Shardul Thakur slammed Rabada over point for six, then cut Keshav Maharaj for four. But Maharaj had his revenge, when he beat Thakur in flight, forcing him to hole out to cover. Kohli upped the ante at this stage, especially after losing Bumrah, and eventually perished in the process.