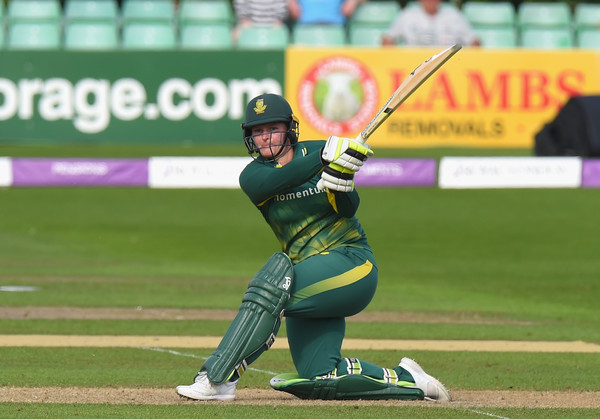 It was a matter of prestige for South Africa Women who lost the series already against India even after getting a golden opportunity to draw it. The final and sixth ODI was just a formality for the Indians whereas South Africans wanted to win at least one match. And the Proteas did it! They did it with absolute brilliance and dominated the entire match to clinch a stunning victory.

Electing to bat first, South Africa started to attack from the very beginning. The opening duo 144 runs and gave South Africa a blasting start. Lizelle Lee scored 84 off 47 balls with 15 fours and one maximum while Sune Luus was the defensive one in the partnership. She added 62 off 56 balls and hit seven boundaries. This was the first time in six-match series that South African batters did create an impact.

They dominated almost the entire innings. The only breakthrough Indian bowlers provided during the end when Arundhati Reddy (1/28) and Harmanpreet Kaur (1/5) took the wickets of Mignon du Preez and Sune Luus in space of two runs. None of the other Indian bowlers were able to trouble the South African batters and South Africa Women finally put up 175/3.

While chasing India never got going as South Africa produced a lethal bowling effort. India were soon 13 for the loss of six wickets. Moreover, with the score on 13 India lost three wickets. Only Veda Krishnamurthy (26) and Reddy (22) showed some resistance and stitched 49 runs together for the seventh wickets. But once they left, it was all over for the hosts. They could add only five more runs after Krishnamurthy and Reddy were dismissed and were crumbled for just 70 runs in 17.3 overs.

For South Africa, Nadine de Klerk (3/18) was terrific as she picked up three for just 18 runs. She was ably supported by Nondumiso Shangase (2/0), Shabnim Ismail (2/11) and Anne Bosch (2/13). The way Indian top order was thrashed by the South African attack, it should be a point of focus for Kaur and team.

These two teams will now play a three-match ODI series with the first game scheduled to be held in Vadodara on October 9. The shoddy display of the hosts who lost the final T20I by 105 runs was much needed for the visitors to be charged up for the 50-overs format. India, after clinching the six-match series 3-1 with two games being washed out due to rain will focus on another series triumph at home.