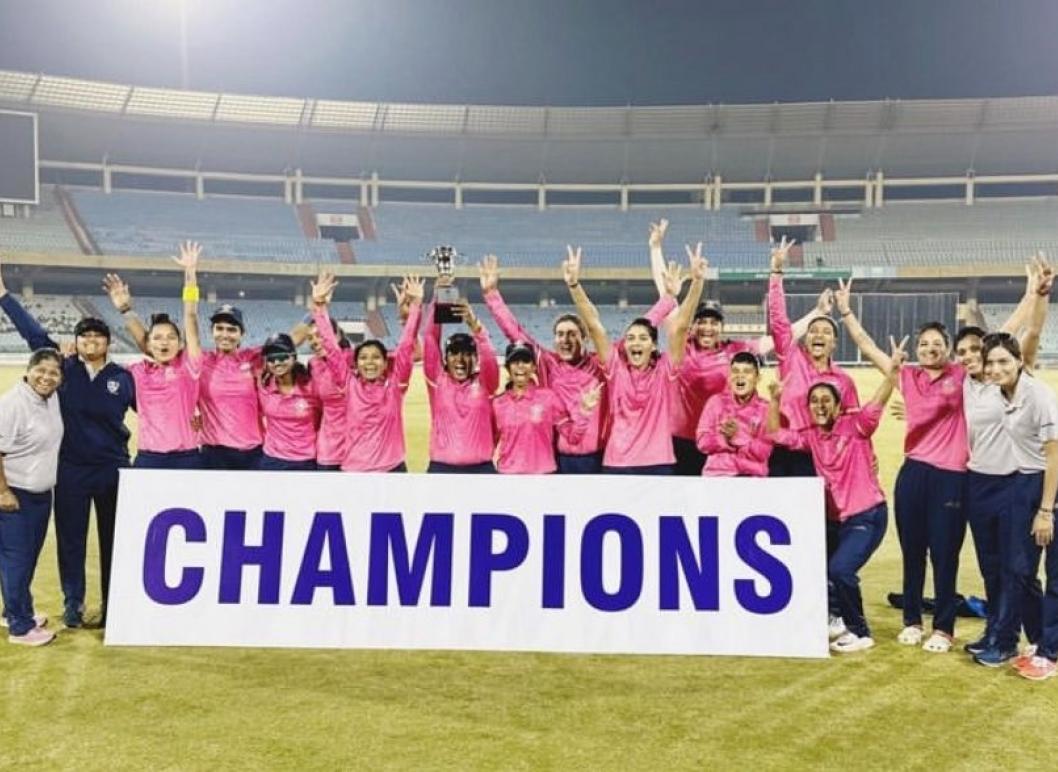 The Women's T20 Challenger Trophy was won by India D on Saturday when they defeated India A by seven wickets in the final thanks to standout performances from Yastika Bhatia, Jasia Akhter, and Renuka Singh.

Bhatia and Akhter laid the groundwork with their opening partnership of 70 runs as they chased 145. In her 38-ball 47, Akhter, who was the aggressor, hammered three fours and as many sixes, was dismissed in the eleventh over.

Jemimah Rodrigues (2) and D. Hemalatha (4) weren't able to produce much as the batters after them. Bhatia, on the other hand, was in command and reached her half-century in 41 balls. Bhatia (80 not out off 56) and Sushma Verma (13 not out off 10) met India D's final five-over run total of 38 runs with an over to spare.

In the last game, India A struggled to get off to a good start after Renuka caught Shivali Shinde lbw in the first over. Soon after, she also got rid of Disha Kasat, bringing India A's score in the fifth over down to 25 for 2.

After that, the innings was stabilised by wicketkeeper-opener Nuzhat Parween (50) and Harleen Deol (61), who led the team to 52/2 by the tenth over. Both batters reached the fifty-run mark in the following five over, Deol in 40 balls and Parween in 42, for a total of 46 runs.

Prior to Renuka's wicket of Parween, they put up 105 for the third wicket in 13.1 overs. Rajeshwari Gayakwad's final over of the innings saw Deol fall, and three balls later, she also had Sajeevan Sajana stumped.