The sun has just risen for Mohammed Siraj 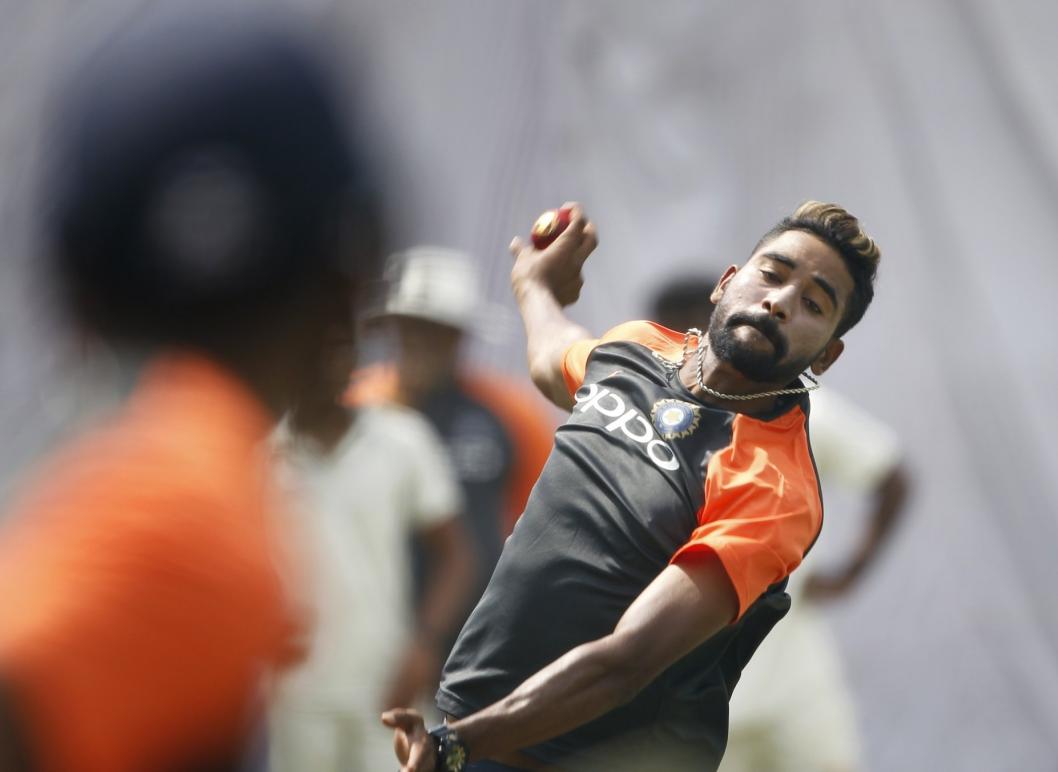 Fast bowling is not supposed to be fun. You steam in with all your vigour and hurl a spherical object towards a fellow species standing almost 22 yards away. The stick is a metaphorical line between life and death that your target can use that to change the trajectory of your ball, or just let it pass to the man behind the stumps.

Irrespective of what they do, you, as a fast bowler, have to trudge back and repeat the same process six times in a row before you get a four-minute break. And then again, for as long as your captain wants.

It is gruelling and monotonous to most of us, but there are some who can make it look fun. Mohammed Siraj is one of them. There is never a dull moment with him in the attack.

On Day 3 at Lord’s, Siraj roared from dawn to dusk. The hunger shone through his starry eyes as every movement smelled of predatory instincts. He bowled every ball as if his life depended on it. At times, he got overly aggressive, trying to force things on his own, but that is who he is. He is not your average line-and-length bowler. He takes pride in being an enforcer.

His first two wickets, of Dom Sibley and Haseeb Hameed, were gifts. The next two were earned through hours of relentless toil. His figures in the first innings read 30-7-94-4. At any given moment, Siraj appeared to be the likeliest to take wickets.

Siraj comes as a perplexing figure on the field. When there is no dearth of aggression running through his veins, he perhaps falls a little short on the intimidatory scale. There is a strange sense of banishment in Siraj’s bowling, rooted in minimal consideration for past or future events.

He also has something to note after every ball. As the newest member of India’s four-man pace attack, he would probably have been excused for some immaturity, indiscipline, randomness. Instead, he has been antithesis to such ‘vices’.

There was a phase of play on Day 3 when Siraj forced five reviews in the space of 14 deliveries. Four of these turned out to be an umpire’s calls. Every ball was an event in itself, evoking sighs from Indian fielders and spectators alike. They were punctuated by encouraging words from the slip cordon. From Gabba to Lord’s, in his fledgling career, Siraj has already shown a maturity that belies his age and experience.

Beneath the carapace of his brawny, defiant and in-your-face attitude, there resides a sage who understands the importance of the process, a virtuoso who understands his craft, and a scullion who doesn’t shy away from doing the ugly job for the team.

In a sport that asks its players to bottle up passion, control their emotion, and never celebrate too wildly as it goes against the gentlemanly convention of the game, a player like Siraj is often a rarity, an unbridled source of joy for viewers. A breath of fresh air on an enervating day.

After all, they are humans, they have emotions, and there is only so much you can gulp down your throat with so much at stake. These are players who make the game more accessible. A five-year-old watching Siraj may not understand the nitty-gritties of the scrambled seam, but will relate to his delightful celebratory dashing sprint.

During the team huddle before the last sixty overs at Lord’s, Virat Kohli made clear how India would go about the business. He instructed his men not to smile around English batters. He was adamant about making these sixty overs a hellish experience for them.

Mohammed Siraj lived up to the captain’s words. He played his part remarkably well. The hell was facing Siraj on a warm, sunny afternoon at Lord’s. The hell was being on the receiving end of the Siraj death stare. Ask Ollie Robinson.

The fourth innings was stuck after five wicket. The shadows lengthened, even disappeared. And then came Siraj to change the complexion, yet again, with back-to-back wickets.

England were seven down, and the smell of triumph could now be sensed, even by those standing around Virat Kohli who spritzed some fragrance on his neck before entering the battlefield.

Day 5 at Lord's had everything in fair proportion: drama, dialogues, suspense, confrontation, heroes and villains, and an act of revenge. It was an exceptional episode where things fell in place for one group, while the other disintegrated under the duress of four horsemen of the apocalypse.

Siraj was the one to ride on a white horse, and the final waltz, after pinning James Anderson down, with stumps in his hand signified conquest.

Had he taken a wicket more in either innings, Siraj would have his name engraved on Lord’s honour board. The loss was not his.