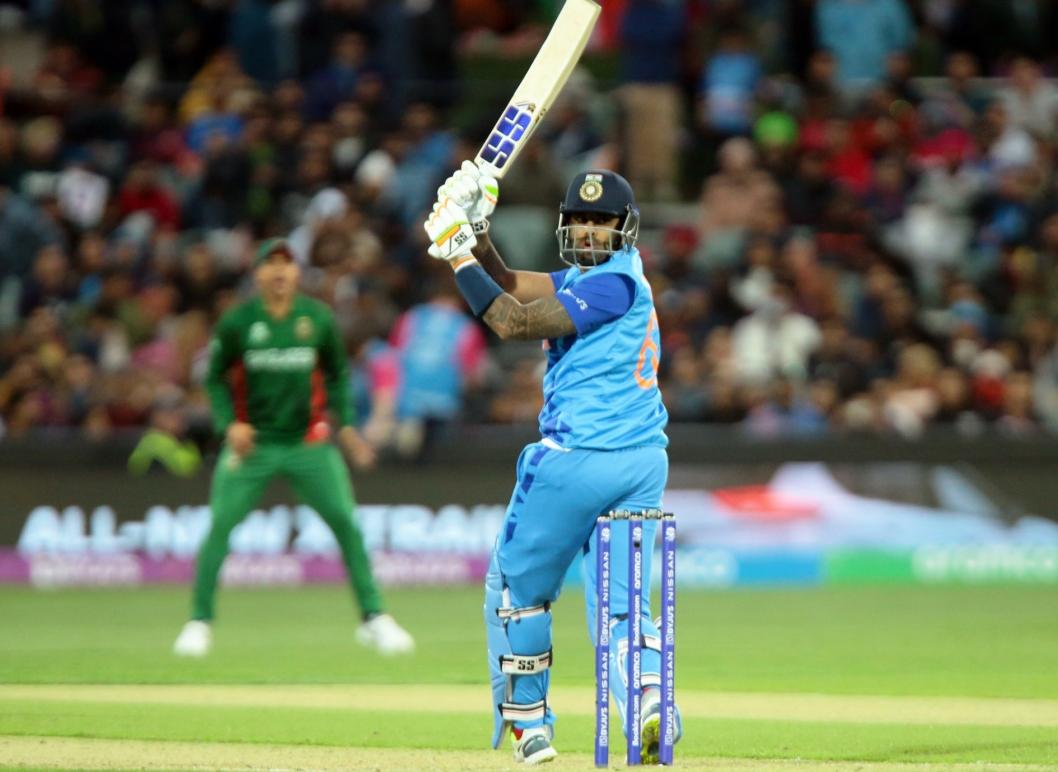 On the eve of the ICC T20 World Cup semifinal match against New Zealand at the SCG, Pakistan coach Matthew Hayden was all praise for India middle-order batter and No. 1 on the ICC T20 rankings Suryakumar Yadav, saying the cricketer's "access shots, innovation, and access" were simply superb and comparable with the best in the business.

When asked if subcontinent batters were at a disadvantage in the shortest format, Hayden cited Suryakumar's example of being a complete T20 batter. T20 cricket is quickly becoming a power-hitters' game, and players from Australia, England, and the West Indies are supposedly having an advantage when it comes to crossing the boundary ropes.

"Because there is a mixture, the power game in T20 cricket is still being explored. It doesn't really matter about your power because you're at the mercy of the game's momentum, which this tournament has demonstrably demonstrated.

"So, a challenging equilibrium is currently being realised. When you take a look at the tournament thus far, I believe that sub-continental players, particularly players like Suryakumar Yadav, who are playing superbly in that middle to late stage, become threats due to their skill in all areas of the court, access to shots, innovation, and access. So, power isn't always the deciding factor. And as I mentioned, I believe that as cricketers, we are all trying to understand when the power is, when that foot touches the ground, when it decelerates and looks to preserve, "argued former Australia opener Hayden.

According to him, exploration and creativity are more important to success than T20 cricket's power game, as evidenced by teams like Australia, the West Indies, and South Africa's early elimination.

"There have been many games that were really close. And I believe that a large portion of the teams still competing in this event are still there because to the difficult trade-off between wicket preservation and innovation discovery. A prime example of such is Australia. Burning power yet unable to manage the new ball. And throughout the centre of the order, it allowed itself to be susceptible "Hayden stated.

Hayden shared his opinion that a cricketer's career will always have "major times of ups and downs" in reference to Pakistan's Babar Azam's troubles at the top of the batting order. He also voiced his belief that the captain's experience with adversity will make him a stronger player.

"Everyone is aware that there are substantial ups and downs in any career. The difficulties you face along the way serve to highlight your excellence and your ability to succeed in the face of adversity. There is no doubt that Babar has faced some hardship. He will become a better player as a result.

There are many people who talk, but those of us who have shared changing rooms with Babar understand that cricket, when all is said and done, is a very difficult game. There must be times when there is a lull, and as we all know about the weather, once there is a lull, there often is a storm that follows. So look out, rest of the world, because I think you're in for a surprise."