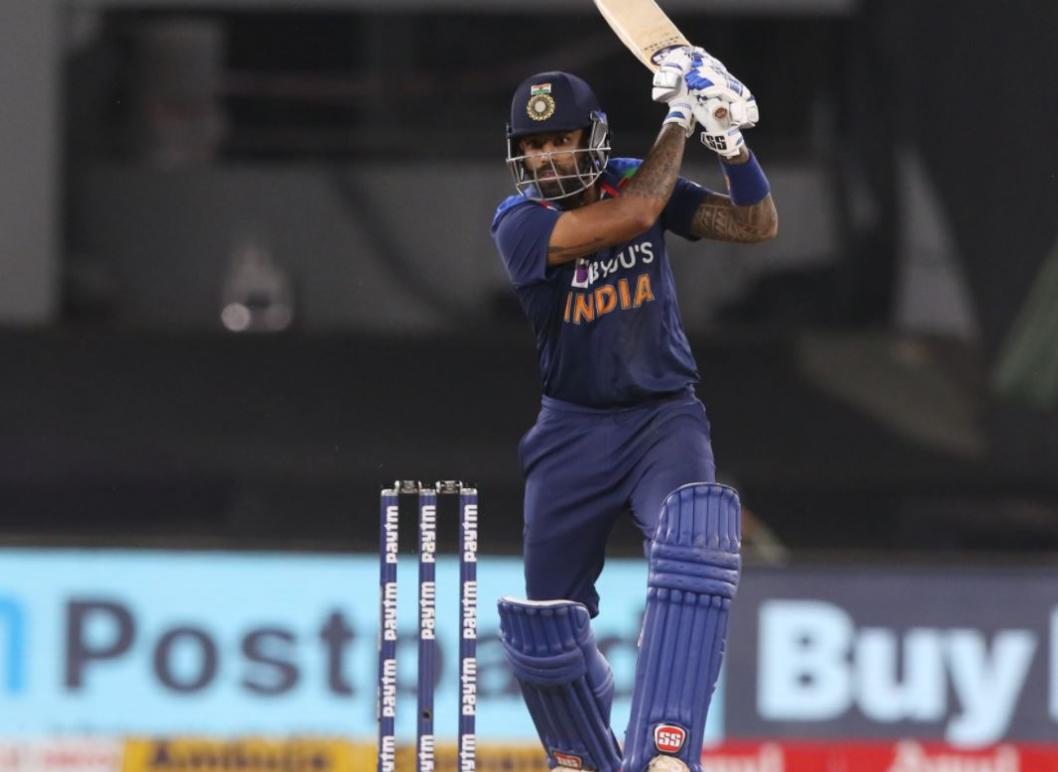 It is unwise, perhaps even futile, to define patterns based on small samples. But from whatever we have seen of Suryakumar Yadav's brief stint at the international stage, it is safe to say that he is not a big believer in soulful intros before setting into full-fledged riffs. Instead, he starts off with neck-crushing riffs before improvising, drifting from jazz to blues to death metal and beyond.

There has been debates over the ideal moment for a batter to break free in T20 cricket. Some still believe in taking the game deep, though this principle is rapidly losing its allure. Others believe in controlled aggression from the onset. It is fair to say that Suryakumar belongs to the second school of thought, as testified by his insanely high strike in the initial phase of the innings.

It is a testament to the immense self-belief that some of the most glorious strokes he has played arrived in some of the most unfavourable situations, when conventional wisdom wants you to settle in. Let us go through them one by one.

Jofra Archer had tricked Rohit Sharma with a well-disguised slower ball. Suryakumar walks out to face his first ball in international cricket. Archer is expected to bowl on a length. It is a safe option... what are the odds of a debutant going after the first ball, that too from Archer? Will he not be enduring a fluttering sensation of varied emotions, ranging from nervousness to excitement, and opt to survive the first ball?

Not Suryakumar Yadav, who moved in the line and lifted the short-pitched ball from Archer over the fine-leg boundary. Elegant and emphatic, punk and jazz, beauty and beast. An arrival like none other.

Yet again Suryakumar came after Rohit fell, this time in the ninth over, outside the Powerplay. England had introduced Adil Rashid into the attack, to exploit Virat Kohli's weakness against spin. Suryakumar sent their plans in awry with sixes off his second and third balls.

An over later, there were three successive fours off Chris Jordan. He was not going to back down.

Neither was this innings as substantial as the two mentioned above, nor did it come in a winning cause. However, one shot left an ineffaceable impression on those who watched that game.

The six, over fine leg, came off a back-of-the-length ball outside off from Shaheen Shah Afridi, who was operating in a different dimension of excellence that night. If anthropologists decide to depict the evolution of human limbs through a series of visuals, this shot will be a fit at the highest stage.

That power, that versatility, that sublimity of Suryakumar Yadav's wristwork makes him a joy to watch.

Despite glimpses of brilliance in his brief international career, the T20I series against West Indies was going to be an important test for him. With Shreyas Iyer returning to the side, and an able left-hander in Ishan Kishan, the fight for No. 4 was far from over. A couple of mediocre outings would have brought others in the mix.

But it was business as usual for Suryakumar, who not only rose to the challenges but also passed them with ease. He played two entertaining knocks in crucial stages and was rewarded with Player of the Series.

In the opening T20I, India lost three quick wickets after an explosive start from Rohit. Often in such situations, India's modus operandi has been to rebuild with singles and doubles and intermittent boundaries. Here, Suryakumar came as a breath of fresh air, a free-flowing mesmerising talisman whose game has been built on counterattack, propelling his strike rate off the first 10 balls to around 140.

He got off a mark with consecutive fours off Fabian Allen, and raced his way to an 18-ball 34 to guide India to an easy win.

Suryakumar Yadav's modern-problems-require-modern-solutions meme may read "you do not need to worry about breaking free if you accelerate from the start". Though he often comes after the field restrictions, his wrists help him pierce the field with immaculate precision. One of the most pleasing shots he plays is the punch or drive through point, which he did twice in the first game against Fabian Allen.

But perhaps the most defining moment of his short but entertaining international career came in the third T20I. Coming at 62/2, he saw captain Rohit struggle before falling for a 15-ball 7. He ended up slamming 65, with seven sixes and a four, at a strike rate close to 210. It was a knock that perfectly encapsulated the importance of having a player of that mould, an area the over-resourced cricketing powerhouse has struggled to fill.

Every T20I is being played with keeping the forthcoming World cup in mind. Teams approach every match to reach the ideal combination. The hairline fracture has ruled Suryakumar out of the T20Is against Sri Lanka, but having already proved his mettle, he can reclaim his No. 4 spot once he returns. He has now joined the rank of players around whom the Indian team will be constructed for the showpiece event in Australia.