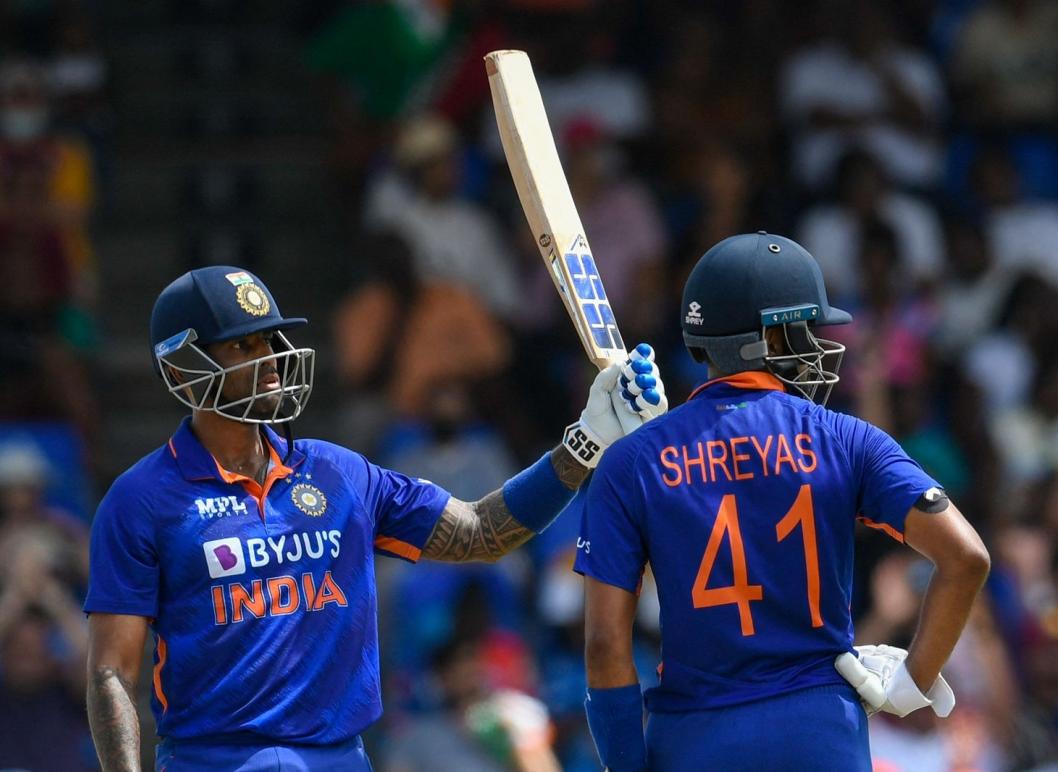 The dynamic player from Pakistan, Babar Azam, is currently ranked No. 1 in the ICC T20I rankings for batters, but Suryakumar Yadav, 31, is closing in after turning in some strong performances in the ongoing five-match series against the West Indies.

Yadav moved up three spots to second place overall on the T20I list for batters when the ICC announced its weekly rankings update on Wednesday. Babar was now only two rating points ahead of the in-form right-hander.

Yadav is ranked second on the list behind Pakistani batter Babar Azam, who has 818 rating points, and far ahead of Mohammad Rizwan, who has 794 rating points.

Yadav just made his international debut at the beginning of last year, but he has quickly risen through the ranks thanks to centuries against England in Nottingham last month and the West Indies on Tuesday, where he smashed a 44-ball 76 in the third T20I to secure victory.

Yadav has been a shining star for India since being moved up the order to open the batting alongside captain Rohit Sharma for the first time during this tour of the Caribbean. His 111 runs at a strike rate over 168 through the first three matches of the series have helped the Asian nation claim a 2-1 series lead.

Yadav's prospects of travelling to Australia for the ICC T20 World Cup later this year have increased as a result, and if he can surpass Babar and capture the No. 1 T20I ranking, his case will be nearly invincible.

With two games left in India's five-match series against the West Indies, Yadav will certainly have the opportunity to pass Babar at the top of the standings over the upcoming week. Given that Pakistan's following T20I encounter is against India in the Asia Cup at the end of the month, should Yadav do well in those games, he may replace Babar as the No. 1 ranked batter.

While teammate Jasprit Bumrah moved up one spot to equal third on the list of bowlers, India captain Rohit Sharma fell one spot to ninth on the Test batter rankings.