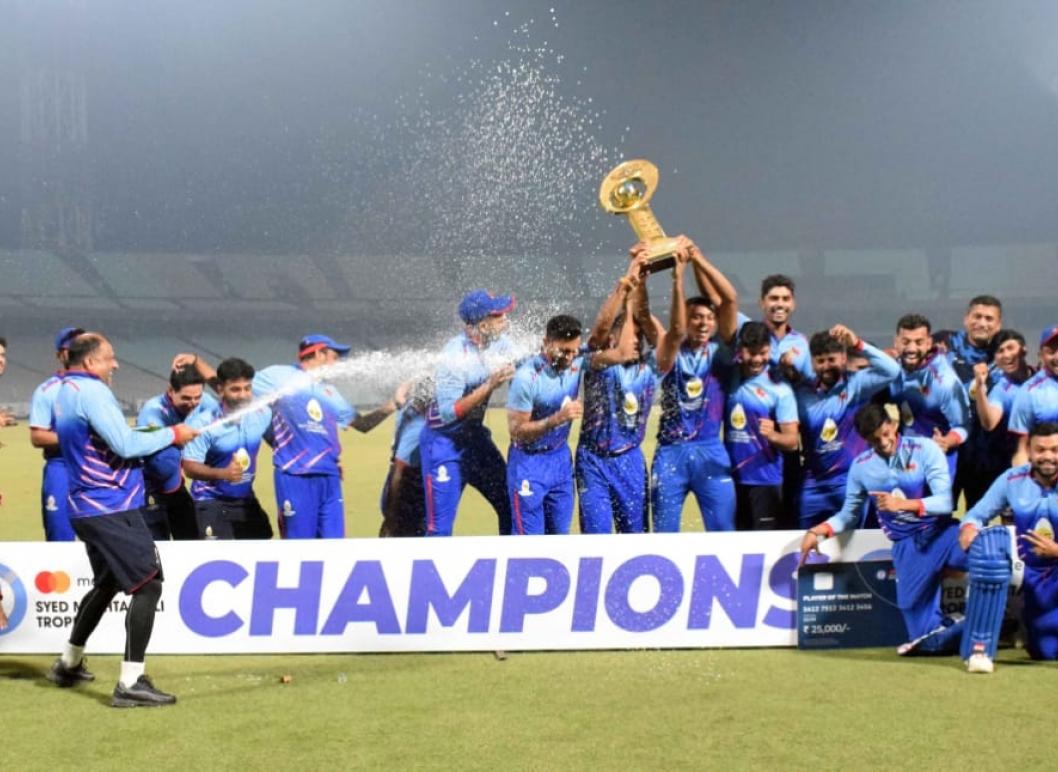 Himachal was given the opportunity to bat first and scored 143/8 in 20 overs, with Ekant Sen (37 off 29) leading the way. Mumbai's response saw them reach their goal with three wickets remaining in 19.3 overs.

Mumbai struggled to get going while trying to chase down a reasonable total after Rishi Dhawan removed Prithvi Shaw (11) and Ajinkya Rahane (1) in the Power-play. However, to help Mumbai gain control of the game, in-form Shreyas Iyer (34 off 26) formed two crucial partnerships with Yashasvi Jaiswal (27) and Sarfaraz Khan (36 not out off 31).

Mumbai needed just 48 runs in 40 balls when Iyer was bowled by Vaibhav Arora in the 14th over. The 17th over saw bowler Arora dismiss both Shivam Dube (7) and Aman Khan (6), but he had other ideas. Shams Mulani was dismissed in the very next over, putting Mumbai in a precarious situation.

Sarfaraz Khan was the one who saved Mumbai from disaster. He was able to land a few lusty smashes in the penultimate over, reducing the equation to six runs off the final over, with 25 runs required off 14 balls. Tanush Kotian blasted a six over the fine-leg boundary to give Mumbai the victory with four needed off of four.

Prior to that, Himachal had trouble with the swing of Mohit Awasthi and dropped two early wickets. A small comeback was provided by Prashant Chopra and Nikhil Gangta for their squad, but Tanush Kotian's triple strike in the middle overs immediately put an end to that.