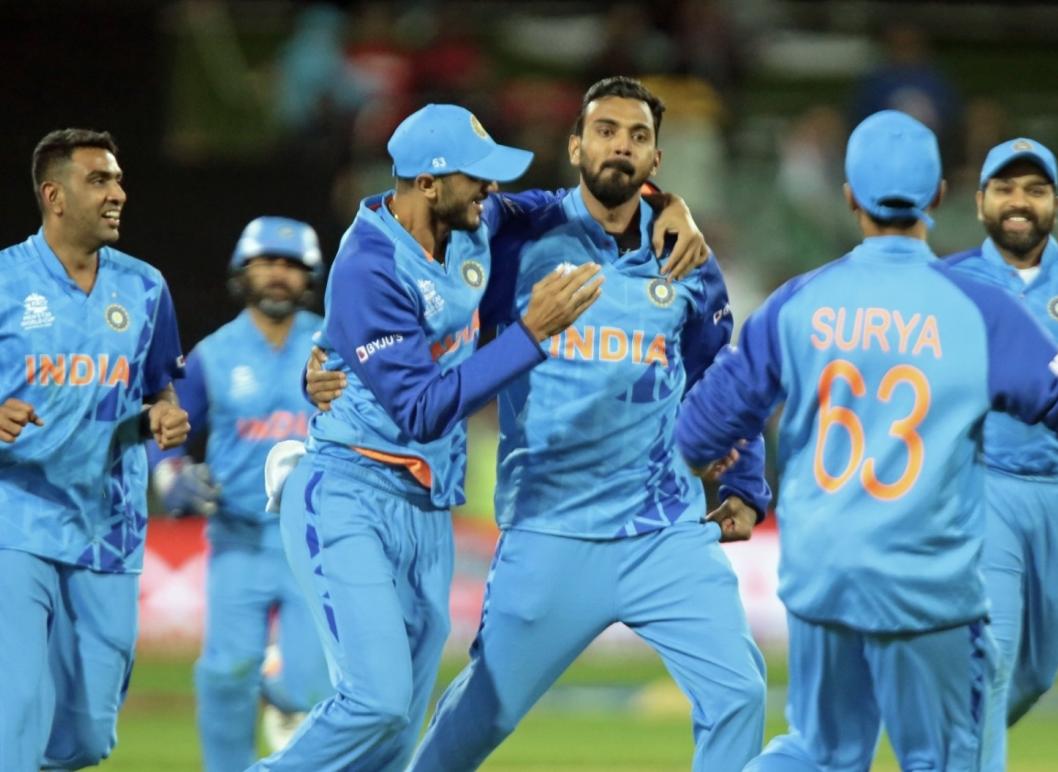 India defeated Bangladesh by a close margin of five runs in their Super 12 encounter of the Men's T20 World Cup on Wednesday at the Adelaide Oval, overcoming a Litton Das scare and a rain delay to take the lead in Group 2 of the standings.

After KL Rahul and Virat Kohli's 50s propelled India to a commanding 184/6 in 20 overs, Bangladesh appeared to be coasting toward the mark thanks to Das' incredible 27-ball 60, which helped them reach 66 for no loss in the opening seven overs.

Rain, however, modified the formula to 151 in 16 overs. The rain break was beneficial for India because it caused Bangladesh to collapse, scoring only 79 runs in the final nine overs while losing six wickets as a result of Rahul's superb run-out of Das after the interval.

Arshdeep Singh, Hardik Pandya, and Mohammed Shami each claimed two wickets for India, and the fielders made good catches to keep the team on track for a semi-final berth.

With the first ball of the game from Arshdeep, Liton started their assault with a sliced four past backward point. In the second over, he would hit drives past cover and down the ground to score two more fours off the left-arm pacer.

He then launched a vicious attack on Bhuvneshwar Kumar, pulling him for a six over deep mid-wicket and then snatching two successive fours through the off-side. When Das scooped a six over his shoulder off Bhuvneshwar in the fifth over, it was the shot of Bangladesh's innings.

The next Indian bowler to be destroyed was Shami, who was hurled over backward square leg for four by Das. He reached fifty in just 21 balls with a top-edge over a deep square-leg fence on a pull, and in the penultimate over of the power play, he added a second four with an inside-out loft over extra cover.

Bangladesh were 66/0 in seven overs when teams were pulled off the field due to rain, thus exceeding the DLS par score of 49. India gained instant advantage as soon as play started after a 50-minute rain delay when Rahul's powerful smash from deep mid-wicket caught Das short of his crease at the non-end. striker's

Shanto struck two boundaries from Shami, but he holed out to long-on. As Afif Hossain mistimed a slog to mid-on going in from the deep and Shakib Al Hasan stumbled in a similar manner while attempting to clear the short boundary, Arshdeep made a double strike.

Wickets continued to tumble for Bangladesh as top-edge on Yasir Ali's pull off Hardik Pandya was sliced to point and Mosaddek Hossain chopped on to his stumps. Though Nurul Hasan and Taskin Ahmed hit six boundaries in the last three overs, including two in the final over, India managed to hold their nerve for a tight win.